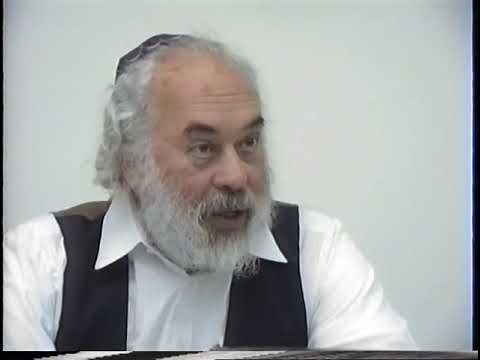 The rabbis ask, what is the difference between the living and the dead?

Now that question may seem silly to some, clearly the living are living and the dead are no longer physically living. They are dead, they are no longer walking among us, at least not in a way that most of us can see. But let us look at this a little deeper. Let us understand life and death.

Both possess souls, yet the living are in a soul in a body while the dead are a soul without a body. The difference is the soul within the body can still act.

You may believe, you may not believe, but the lesson here is the same. For all truth is outside belief, it is simply truth. You do not have to be a believer to learn from the rabbis and the scriptures.

There is a story told of Yossele the Holy Miser. And at once one can ask, how can a miser also be holy? But it is so. and the story as told by the late Rabbi Shlomo Carlebach takes place in Cracow, (Kraków) Poland. It is the year 1550 and the Jews are terribly persecuted. Anti Jewish laws prevent most Jews from making a living, they are segregated in ghettos, suffer from poverty and poor health. But in this ghetto there was one rich Jew, and his name was Yossele. As rich as he was he was also known as a great miser, he would not give his dear money to anyone. and yet, Jews would come to him for help. At first he would act interested, ask all about their families and their economic hardships, but then like a lunatic he would chase them away. He gained a reputation as a mad eccentric miser. When Yossele was approaching his death the Burial Society approached him and offered him one last chance to redeem himself; "Give us a thousand rubles to pay for your grave. We'll give every penny to the poor." But Yossele must have had a heart of stone, he refused. When he died, his body was buried outside the cemetery.

The story does not end here. Rabbi Carlebach would say, Open your hearts dear friends, this is not the end of the story. Rabbi Kalman, the chief rabbi of Cracow, was sitting in his house late Thursday night studying the Talmud when a knock came on the door. It was a poor man asking for money, he was desperate, without some help he would not have food for the holy Sabbath for his family. The rabbi helped him. Then came another knock, and then another, all night long.

The rabbi wondered why suddenly so many poor people needed help.

Each man told the same story, "For the last 10 years I found an envelope under my door every Thursday morning, with the exact amount I needed. This week it suddenly stopped."

The great rabbi soon realized it was the Miser, Yossele, who secretly gave money to the poor. He did not want anyone to know it was him. He was not crazy, and he was not a miser at all.

The rabbi announced that the entire community must fast, to beg forgiveness from Yossele, now known as Yossele the Holy Miser. The community fasted, prayed, and cried. At sunset the rabbi went up the holy ark that contained the sacred scriptures, he opened it and shouted out from the depths of his heart, "Yossele, Holy Miser, give us a sign that you forgive us!"

and then the rabbi fainted and collapsed. When he woke up he told the congregation what he saw in his state of unconsciousness.

...in my dream I saw Yossele sitting up in heaven, shining.

The rabbi explained that Yossele was at peace, and not angry at anyone. In fact he had a wonderful funeral, he was not alone. King David was there, playing a song. The prophet Elijah was there, holding a candle, our ancestors were there to accompany Yossele on his final journey. But only one thing is lacking...

Yossele told the rabbi, he misses one thing, he would give up all the heavenly rewards for one thing; one more Thursday morning to distribute money to the poor! In heaven there are no poor, there are no doors to slip money under.

I read this story many times over the years, and it always moved me to tears. But now it takes on new meanings.

I think of all the times that perhaps I could have been a little more patient, a little bit kinder. Each and every day I would try harder to improve, to fulfil honor they mother. Each day I saw as a great new opportunity to improve and to do something for her. And how I yearn for the opportunity to help her put on her shoes, to get her her cane, or push the wheelchair, to bring her some food, to say, Hey Mom, to be there for her.

I think back and it is like an investor who had the opportunity to invest one dollar and earn a million, so he invested a few dollars and earned several million but then thought back, why didn't I invest not only 2, 3 dollars but 20, or 30, I could have been fabulously wealthy! Each dollar could have brought me such wealth!  and for me, each moment of kindness and patience, each moment of being able to alleviate her pain, make her smile, is worth millions and beyond. And I wish I could go back in time, and do more, like Yossele the Holy Miser, I would give up everything for one more opportunity to bring my sweet mother a cold drink and see how happy this made her, to hear her voice, to see her smile.

But alas, it is not possible. All the money in the world will not buy us one more opportunity, death is final. My mother's light has left this world...but it shines within those of us who knew her. Much is yet to be written.

But my friends, there is a lesson here for all of us. To be like Yossele the Holy Miser, a true person who really existed. While we can Act we must, for time is always limited. We the living can still make a difference, our actions have impact, this is our great advantage. As long as the candle still burns there is still time to fix and mend. We are alive, we have bodies and a pulse, and we can act. We can change the world for the better.

We are on a long road, a road of self-discovery and self-improvement. It is a long and winding road with many ups and downs, unexpected adventures and interesting people along the way. We will surely make mistakes, but as long as we are here we can correct those mistakes.

While my mother was quite weak and battling cancer, a friend saw me entering and leaving her house, taking out garbage, recycling etc, and he stopped his car and said, "You are next to a gold mine, and you can run in and take all the gold you want. But remember, the gold mine will not be open for long, Grab what you can now!"

And I tried my best, I treasured every moment, and like Yossele the Holy Miser I would give anything for one more opportunity to bring her a glass of water and see how she enjoyed that cool water so much, or an ice cream, just one more opportunity. But now the gold mine is closed, forever. And all we have left are memories, and lessons...

Remember to be kind to everyone, you don't know what struggles they are going through. A smile can hide a broken heart.