As I unwittingly reflect upon the passage of one year of my life and the beginning of another my thoughts turn to my father and to a song by Frank Sinatra that he liked very much; I Did it My Way.

My father always did it his way, marched to the beat of his own drum while his life was devoted to serving his people. While he did things his way his every moment was devoted to his people and his family. His choice of where to live, how to live and what to do for a living was all based on the needs of his people.

As a young family man with four children under the age of 10, he moved to Israel, found a new home and a new career. He volunteered for military service during the 1973 Yom Kippur War just as he would volunteer for police service when he retired many years later.

I recall our last conversation before he died, at the time I had no clue it would be our last conversation, my heart aches just thinking of it. He advised me to invest in my Krav Maga training, that it not matter at all if anyone knew my rank or ability, what mattered is that I would know, and that makes all the difference.

What matters is not what others think of us, or in what esteem they hold us. What matters is how we feel about ourselves. We know who we are. Invest in your training because you will know the difference.

"I am a Brooklyn Eagle Scout, I always put that on my resume, it never mattered to anyone else but it mattered to me". When he died and we went though his things we realized that he had very few personal possessions but one of his few possessions was his collection of patches that he earned as a boy scout/Eagle scout all those years ago in Brooklyn.

He was a very successful man in life and in business but his prized collection, which he never showed to anyone, was that collection of patches from his teenage years in Brooklyn. It still sits in his drawer. We decided not to divide it.

With the passage of time, the marking of another year, I think of what truly matters in life. I think of the values my father of blessed memory shared with me. Recently I was honored by a prestigious American organization with the Krav Maga instructor of the year award and an induction into the Black Belt Hall of Fame (there are more than one, just to note, but they all carry weight).

Dad, this one is for you, for all you taught me, for how you guided me and continue to guide me, for showing me that we can never quit, for teaching me to stand up for myself.

As I wrote this I felt his presence right here, just looking over my shoulder... 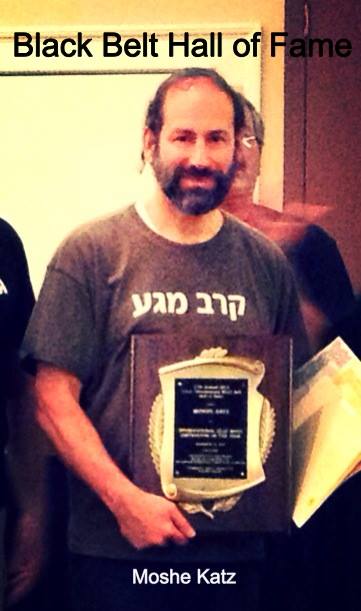