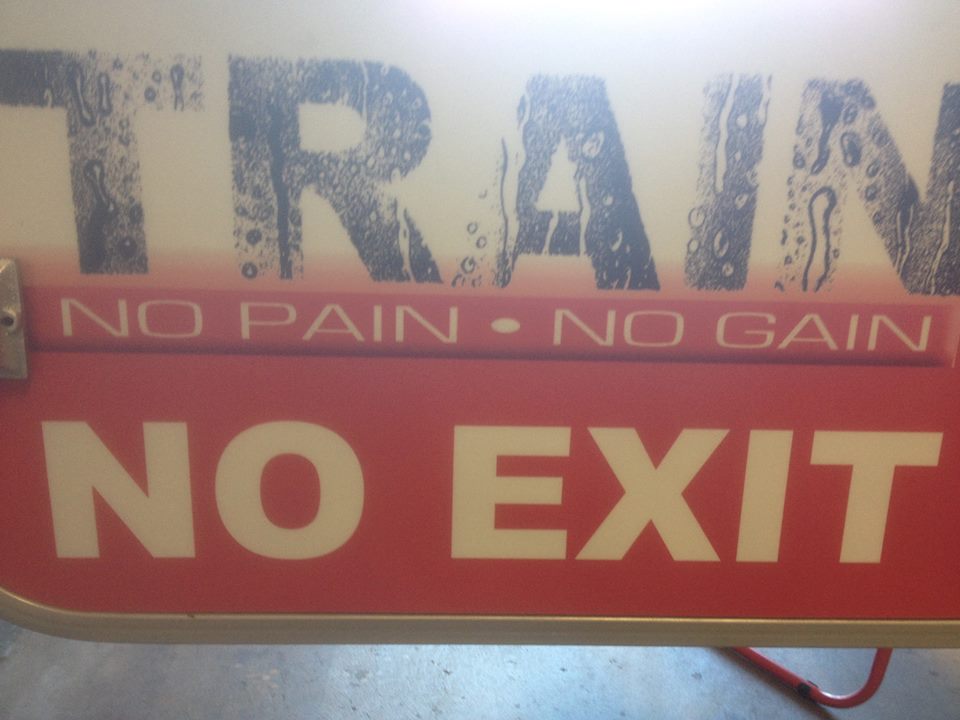 Of course this sign was meant to say this is not the exit, the exit is the next gate labeled Enter, but the sign inspired this blog. Inspiration is everywhere.

Life has its ups and downs, as the Dude says....Strikes and gutters. Sometimes the downs seem so down, so painful that we do not want to go on. We feel like shouting "Stop the world I want to get off."

And now we must make the best of it because....there is no exit!

I know of a man in Brooklyn, his name was Yehuda, bless his memory. I met him only briefly. He was labeled as "slow" or mentally handicapped. Sadly his family felt he would not bring honor to the family, would hurt the chances of success for his many siblings. He was disowned and left to fend for himself.

And then a couple of years ago I heard that he died. Collapsed on the streets of Brooklyn, alone. But a great man is never truly alone.

His family abandoned him, was ashamed of him, until they learned more about him, after his death. Although his funeral was not publicized by the family it was attended by hundreds.

The young handicapped man had become known as a tzadik, a righteous one. Living alone he attended prayer services every morning in the synagogue. He was uneducated but became self-taught. He fixed things, he drove a cab and he helped people.

Yehuda of blessed memory was not dealt a great hand in life but he made it a great hand. He added to this world. And so can we.

I am in South Africa teaching a series of IKI Krav Maga seminars and I am hearing many stories. People have a great deal that they must cope with here but they are finding solutions. There is no other way.

There is no exit until...that day comes. So we must make the best of it, we must train hard, we must take the hands we were given and make them our winning cards.

So you have no choice but to contend with this life. I saw this sign during one of our Krav Maga seminars in Durban, South Africa and I made this connection: As there is no exit, improve your chances by training in Krav Maga. Choose not to be a victim. Make a decision to improve your life, learn to protect yourself. There is no exit.

I recall the old story of Solla Sollew, (Dr. Seuss) where there never are troubles, or at least very few.

Solla Sollew is a tale told in the first person by a young narrator who experiences troubles in his life (mostly aggressive small animals that bite and sting) and wishes to escape them. He sets out for the city of Solla Sollew ("where they never have troubles / at least very few") and learns that he must face his problems instead of running away from them. He then goes back home to deal with his "troubles," arming himself with a big bat and resolving that "Now my troubles are going to have troubles with me!"

So we train in Krav Maga so that our troubles will have trouble with us.

Our young hero learns that "I learned there are troubles of more than one kind; Some come from ahead and some come from behind".

There is no exit. But we can make life better, one Krav Maga class at a time.