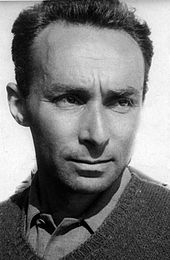 Life. Truth is we just don't get it, none of it. And people, let's talk about people. People are so foolish it is amazing any of us survive. And those that make an attempt to survive are called alarmists, fanatics, survivalists and other nasty names.

I knew a man years ago who truly felt the Jewish people were in danger, which we are. And so he quit his job and devoted himself full time to protecting Jews. He himself was eventually gunned down by an Arab in New York City while speaking. There was a room full of people but someone the killer was not convicted.

Why don't others quit their jobs and devote themselves to stopping a crises? The answer is simple..soon.

I know of people who truly believed that disaster was coming, and so they too devoted their entire lives to issuing the warning, like the Biblical prophets of old they traveled the world with their message.

These men are heroes.

But why do so few pay attention? Why are so many people about to make wrong choices in the coming elections. The answer is simple. Primo Levi will provide it.

Primo Levi was an Italian Jew who survived eleven months in Auschwitz. More than anyone else he was able to capture that experience in words. He is regarded as one of the greatest Italian writers of our time and one of the most important voices of the Holocaust.

Why is it that people do not take action to defend themselves? The answer is simple: They successfully convince themselves that they will be just fine, they will survive the next "selection" i.e. who shall live and who shall die. This helped calm the prisoners at Auschwitz and it helps calm most people today. We convince ourselves that no harm will befall us, and therefore there is no need to take any action.

"I also lived through the great selection of October 1944 with inconceivable tranquillity. I was tranquil because I managed to lie to myself sufficiently. The fact that I was not selected depended above all on chance and does not prove that my faith was well-founded." (Primo Levi, If This Is A Man, page 140)