And people say, "Get over it already!"

There are topics that come up and people will say, "We are not going to discuss that", or they will just turn away in silence, and we do not understand.

Trauma, violence, pain, these are things we are all experts at after the fact but most people never take the time to think about them until it is too late.

Look at the general population of the world, over the course of many centuries. Look at the violence. For this reason police and military were established. It was a response to a need. The New York police department was established in response to the Christmas celebrations that caused so much violence and damage that a police force was finally established.

Only after the fact do we see the writing on the wall. Only after our faces have been rubbed in it do we finally understand.

What percent of the population is actively involved in any form of self-defense training? I do not know the actual numbers but I know it is extremely low. I know that in the United States, where martial arts are extremely popular, less than 1 percent of the population is involved in any martial arts, and most of those martial arts are basically sports activities with little relation to actual survival training.

Yet offer a free Krav Maga workshop in your local community and see how many people show up. Maybe if you offer free beer you might get a better turn-out. Then you can teach "Drunken Krav Maga".

I am sure this is very costly, I am sure they get paid more than Krav Maga instructors. So why not invest in Krav Maga training? Ahh...yes, I understand, you don't have the time or the money. Really! But what about getting attacked, raped, or worse? As my sister in law says, "Ain't nobody got time for that!" 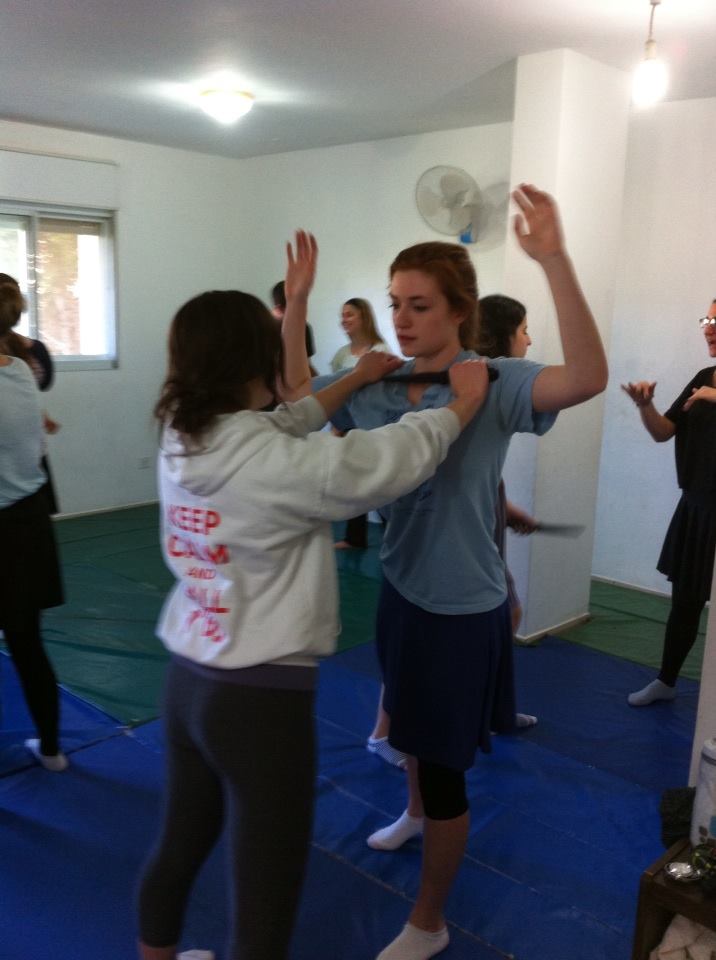 OK, how long will that take?

I Know of Israeli war veterans who fought in the 1973 Yom Kippur War, that was over 40 years ago and yet they still wake up in a cold sweat in the middle of the night trying to pull a comrade out of a burning tank. The tank was hit in October 1973 but Yaakov is still trying to pull his body Shimon out of the burning tank. Yaakov still hears Shimon crying for help as he is being burnt alive.

When does it end? You tell me.

Lets go back further. I had a German guest here on Krav Maga Tour and Train, she asked how much longer should Holocaust survivors receive compensation from Germany? Why are they still draining the German economy, young Germans want to know. When will it end?

When will it end? Never!

Holocaust survivors, even the best adjusted among them, even the best! still live the Holocaust trauma every day. I know that around Survivors/Witnesses every word must be chosen carefully, every story must be carefully edited lest it trigger a painful memory. Today!

And today they will wake up in the middle of the night in fear, in terror, that the Germans are coming back.

My relative Yaakov, when he died they found a packed suitcase under his bed. Why? His wife Elza explained. When they came last time to get him he was very nervous, the Germans gave him 5 minutes to pack a suitcase before being taken away. He was nervous. He vowed never to be caught unprepared again. For all these years he kept a packed suitcase under his bed so "when they come again" he will be ready.

Trauma, it lasts a long time.

Cousin Steven (Zoltan) would say, "Every time we get together we say we will not talk about 'it", but five minutes into the conversation and we are back at Auschwitz". He died last year, he never got over it. He died with his trauma.

Lets go back further, 1492 the terror begins, centuries of persecution by the Church against the Jews of the Iberian peninsula. The trauma is still alive and well today. I feel it when I visit Mexico, Argentina, Puerto Rico and even the United States. The trauma is very much alive and well as the descendants of the Anusim, the Jews forced to covert to Catholicism, are still trying to figure out who they are.

Recently, after much research, a Miami Cuban woman found her family. Her name - Genie Milgrom. She wrote about her journey in a book, "My 15 Grandmothers". Her journey took her back to her Jewish Sphardic roots in Spain and Portugal. She wrote her book as a manual to help others like her find their families, their roots, themselves.

She writes, "Having discovered my linage dating back to pre-Inquisiton Spain and Portugal, I felt compelled to travel back in time and confront my history head-on. I had traced 22 grandmothers in an unbroken maternal lineage. The first 15, counting backwards, were from Spain, and grandmothers 16-22 were from Portugal, from an area known as Tras-os-Montes -a historical province in the country's north-eastern corridor of the country that literally means 'beyond the mountains.'

My family hailed from many small villages in this area, including Braganza, Miranda, Mogadouro and Macedo de Cavaleiros, and they were a relatively large family of merchants, shoemakers, tanners and furriers that only married among themselves. They were the well known crypto-Jewish family of Ramirez-Rodriguez-Fernandes and part of the Mogadouro and Margues family. They were caught again and again by the Inquisition Tribunal of Coimbra in Portugal, and many perished in its cells on in large autos-da-fe that were held in the town square."  (Jerusalem Post, April 25, 2014)

We are talking about events that took place in the 16th century. The Jews of these lands suffered terribly for centuries as the long arm of the Church chased after them even as far away as Mexico. I have met their descendants.

Even today the trauma is felt, as Milgrom writes, "Belmonte had come a long way, at least on the surface, since the discovery of the crypto-Jews that had survived the Inquisition in this tiny hamlet, nestled in the mountains.

The history of Belmonte is well known. The Jews who were discovered circa 1925 were said to have been from the same original families that had hidden themselves away and for centuries thought they were the last Jews on earth. As a matriarchal society, they memorized all the prayers and kept their traditions alive. I had also read that they had an innate distrust of strangers, and indeed it was only after I gave my talk that they began to warm to me." (ibid page 10)

If the trauma from more than 500 years ago is still felt today then trauma from our own recent past is certainly with us. So why can't we learn anything from it?

We must do our utmost to deal with the trauma before it happens. Start training today! Do not wait for the assailant to show up with a knife or a gun. Do not wait to be attacked on the street or in your home.  Do not wait for your beautiful 20 year old daughter to be murdered in a parking lot like Shelly Dadon. Act now, act now, act now. 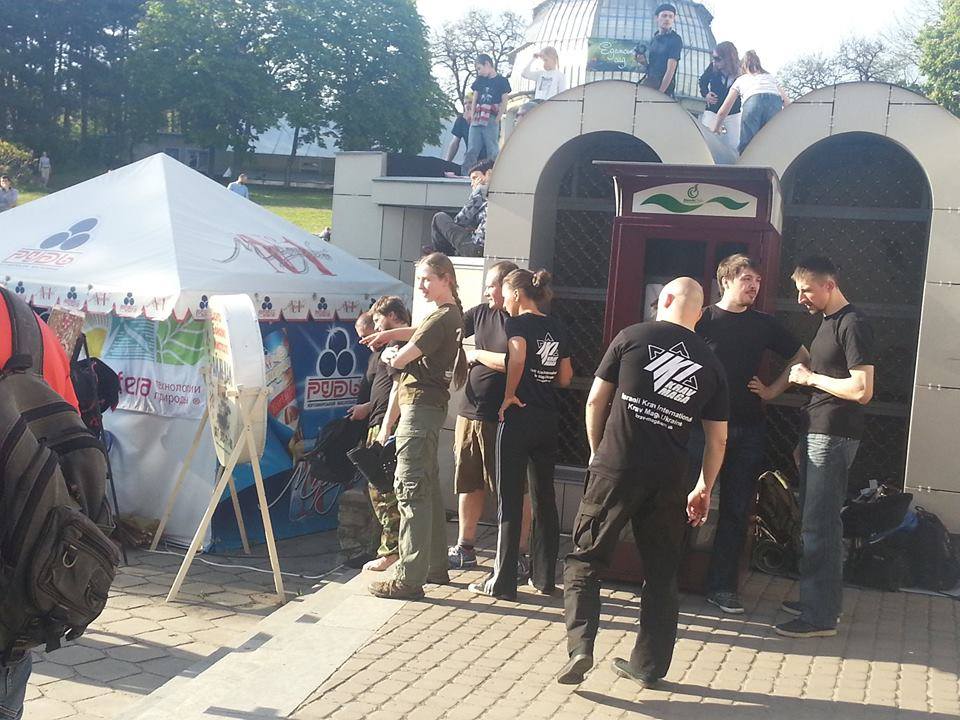 Our Mission and Goals

At IKI our goal is quite simple; to train as many people as possible. To do so we must accept the following truths:

As such we designed a system that is easy to learn, easy to apply and easy to remember. That is our goal.

To achieve this goal we are seeking people to spread our system, to be certified, qualified and responsible instructors to reach out to the people, to people who have little time. We are on a mission, to avoid trauma, to keep people safe and happy.

IKI On Line Training and Certification