In "Krav Maga History Interview" I tried to make the point that we as Jews do not worship idols of any kind and as such we should avoid the "Imi cult" around the man that many believe to be the founder of Krav Maga. (I claim he was not the founder as I point out in Krav Maga History).

I used the following line which a dear friend found confusing and slightly offensive to the Romans.

"We are not the Romans who were concerned with building statues and preserving one's name for eternity. We are taught not to worship idols of any kind."

She asked why use a line that could be seen as offensive to Romans. (make note this is a reference to the ancient Roman Empire and not to modern Italians living in Rome).

To answer…you must know some history…

Oh…where to begin. Until the recent European Holocaust Rome was seen as the very epitome of Evil and the eternal enemy of the Jewish people. The very term "Rome" came to be seen as evil itself.

Rome tormented the Jewish people for at least four centuries. In the first century B.C.E. Rome conquered Israel and took away its independence. Between the years 70 and 135 Rome crushed three wars of independence by the Jews and in the process killed close to 2 million Jews, devastated the country, carried off prisoners to be sold as slaves or to fight as gladiators to the death, destroyed Jerusalem, and perhaps worst of all destroyed the Jewish Temple, the center of Jewish life.

During the centuries that followed the Romans did not allow the Temple to rebuilt. Unlike all other faiths whose temples were destroyed, the Jews alone were not allowed the privilege of rebuilding their Temple and worshiping in the manner of their forefathers.

Jews around the world had always paid a special tax for the maintenance of the Holy Temple in Jerusalem, with the destruction of the Temple the Romans insisted on a new tax from every Jew in the Roman Empire to maintain pagan temples, rubbing salt into the open wounds of the Jews.

The Romans, up until the 4th century, were pagans. They worshiped emperors as gods and emperors could create gods. When Hadrian's lover Antoninus died young Hadrian made a statue of him and had him worshiped as a god. This was common practice in Rome; making one's deceased daughter into a god, or military heroes and so on.

For Romans having a statue to preserve your one's legacy was very important. As such we still find many relics of this culture even today in Israel; archeological artifacts, statues, graven images.

The Jews, on the other hand, were commanded not to make any graven images and to worship only the invisible God who is everywhere but cannot be seen.

The rabbis teach us that a man's legacy are his words of wisdom that he leaves behind. When people quote the words of a deceased scholar we say, "His lips move from the grave". Great men are not remembered by statues, they are not turned into gods, and they are not to be worshiped. Rather it is their words of wisdom and their exemplary lives that are their legacy.

We do not worship stones or statues, we do not idealize and deify people who lived in the past, but rather we learn from their lives and the lessons that they taught and we move forward; we continue to evolve. 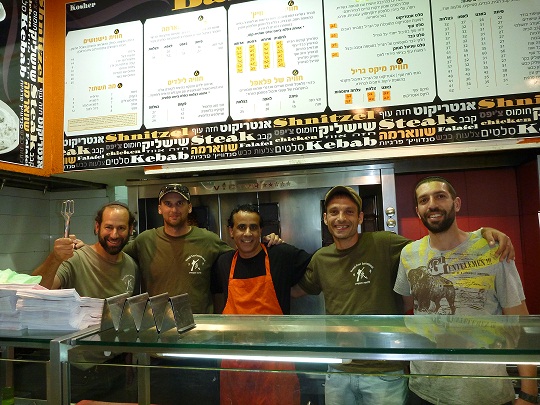 Join the gang in Israel! We will treat you well.

Are you a Krav Maga instructor?

Do you know your history?