It is nice to proven right. It is nice to be able to say, "I told you so", but it is sad that we have to learn the hard way, and it is sad when the proof comes from a violent encounter. I have long said and taught that knife attacks are so fast, so sudden, so unexpected that in most cases we will not even know we have been stabbed until after the fact. Some will die never knowing. Some will discover in the hospital.

There are many fallacies in Krav Maga, martial arts, and in self-defense in general. One of them is the very concept of Knife Defense. I prefer to call it simply "defense", why? because in many cases we will not know the nature of the attack until it is too late. We defend against an "attack" coming from a certain direction, without knowing the exact nature of the attack. If we wait until we know what kind of an attack it is, knife, blade, fist, forearm etc, it will be too late. The lesson is we have to act with incomplete information. We cannot wait until we know that it is a knife attack.

But alas life is not perfect, and the truth is we will not know what is happening until later.

Yesterday there was another knife attack, thankfully the victim survived. He was very experienced and sadly, we have become too familiar with these situations. He was armed but he was unable to use this handgun in self-defense. Another man, a friend, shot the terrorist. Here is the story.

"He Did Not Realize He was Stabbed", Wife of injured man near Hebron shared the difficult moments. by Hanan Greenwood, Israel Today.

a few excerpts..."I saw the terrorist to beat him, (her husband). I am glad the children were not around. At first it did not register with Eliyashiv (her husband) that he was stabbed. If he knew he was being stabbed, he would have drawn his handgun. By chance, a friend who came to help him, an electrician, who was also armed, saw the knife and shot the terrorist."

What can we learn from this incident?

An armed Israeli, experienced with dealing with terrorists, was stabbed but did not even realize it. This is often the case, later the person becomes dizzy, and collapses. He was armed but was unable to bring his weapon into play as a factor. The defender was the Third-Party person, who is able to see what is going on. The person directly involved does not see clearly what is going on.

This confirms our approach of using the Universal Block without knowing the exact nature of the attack. We often cannot see the knife, it is coming very rapidly, and it is an indirect attack, out of our main line of vision. Sadly, violence continues to affirm and confirm our methods of training.

But we not content, we continue to study real life cases and learn what we can. 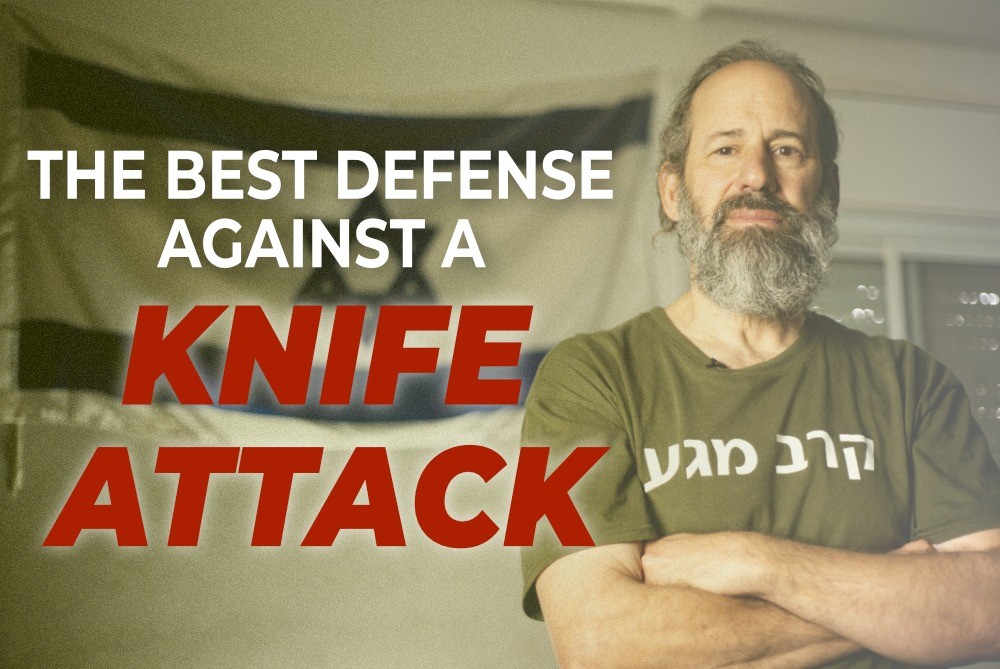