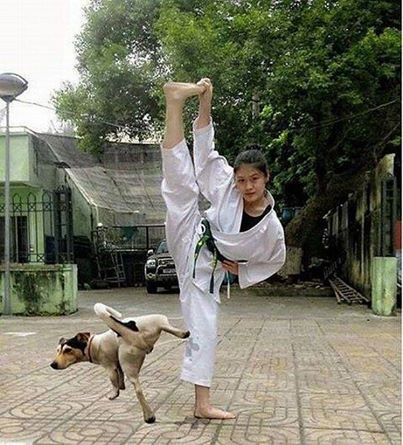 Statistically speaking sooner or later some dog is going to piss on you while you are distracted. Be prepared, be alert, stay safe and dry.

When I was in business school earning my MBA I took several courses in statistics. I remember our professor, "There are three kinds of lies; Lies, Damn lies, and Statistics".

The point was, and is, that statistics can pretty much be used to prove nearly anything you want.

Later when I worked for Professor P. Sethi, editing his works on "Indian Abroad" I saw how, depending on how you group the categories you can create totally different impressions, with the use of statistics.

75% of American girls attending college will never experience any form of sexual violence.

But how about this: 25% of all American girls attending college or university, during their 4 years of study, will experience some form of sexual violence such as rape, sexual molestation or murder.

Now that does not sounds so good.

Lets make it worse. Your daughter going off to college has a one in four chance of being raped, or worse.

That should send any normal man packing and getting ready for a hunt.

But yet, it does not happen. Nothing happens. How many university women are training in Krav Maga, jujitsu, karate, anything?

And the Talmud says "Do not pity the fool". And how can we respect someone who does not value and respect his or her own life.

Statistics. A few months ago I was told by a police officer friend that relative to other towns in Israel our crime rate was quite low. I was told that statistically speaking we should consider ourselves fortunate and that one cannot expect a totally crime free environment. Being on the lower end of the crime statistics should make us feel good.

But recently everything changed.

When I came home to find my home burglarized, when I saw my personal belongings dossed around the house like worthless, meaningless, old junk, when I realized that hard earned income and valuable family mementos were gone, I no longer cared about statistics.

Suddenly all the talk about "Low probability" and statistics, meant absolutely nothing.

Statistics just does not bring the message home clearly.

So we are told that 25% of American college girls can be expected to be raped sometime before graduation. Actually, it is 25% of girls that will report a rape. The true numbers are probably much higher, but we shall never know. Shame, fear, and other considerations prevent many/most women from reporting these events.

Interesting statistic. How about this one (my personal guess only); The number of fathers who care about the above mentioned statistic, who still are interested in that statistic after their daughters were raped is 0%.

I want ahead and spent a fortune on protective bars but my friends told me that "the probability of the same home being hit twice is..."

I do not care!

When we train in Krav Maga we are open to all questions. If a student can think of a certain attack so can a criminal or terrorist, so we address the issue. We do not say...statistically speaking you are unlikely to be attacked in this manner.

Because once you are attacked all statistics become irrelevant.

But are still deaf, dumb and blind. We know the truth but we refuse to internalize it.

These days when I pass by friends in the mall and they casually say, "Hey Moshe, ma nishma, how are you?" I answer, "not well and neither are you.

and then I explain to them that I was broken into and they are next, sooner or later.

They often part with, "Sorry to hear of your troubles" but my troubles are past while theirs are still in the future. I am trying to help them, I am trying to warn them but all they can say is "So sorry for your misfortune"

Come to Israel and immerse yourself in two weeks of intensive Krav Maga training.