It is the eve of Passover. Traditionally such a happy time as we remember and celebrate the exodus from Egypt, from slavery and degradation. This year we remember all those who are no longer with us; friends, parents, neighbors, rabbis, they have been taken away, sent to the "camps", and they traveled the Himmelstrasse, the road to heaven through the chimneys of the crematorium in Treblinka and Auschwitz.

As we sit at the table, adorned with the best we have, as meager as it is, we wonder, will there ever be another Seder? Is this the end of the Jewish nation, once so proud and strong, is this the end?

Some young Jews have finally organized armed resistance, they know that the Nazis, the Germans, are coming, they know that soon the last Jews of Warsaw will be taken away, deportations to the "east". The Germans were planning to complete the deportations within three days. They came this afternoon but we chased them away.

Rabbi Ziemba is supporting the fighters spiritually and financially but tonight he conducts the Passover Seder as if all is normal. He has made every possible preparation. He does not know it, but it will be his last. Five days later a bullet would take his life. His son has already been killed. The ancient ritual begins.

The youngest child asks, Ma Nishtana Ha layla Hazeh mi col ha layloth? How is this night different from all other nights, as Jewish children have asked for more than 3,000 years. But this night is different for all this night the German soldiers will be running away.

This afternoon as the German army entered the ghetto, the starved Jews greeted them with home-made weapons. The Germans were ambushed by Jewish fighters firing and tossing Molotov cocktails and hand grenades from alleyways, sewers and windows. We fight back.

At Muranowski Square the Jewish chief leader, Dawid Moryc Apfelbaum, is killed in action, but we fight back gloriously. Mordechai Anielewicz and Pawel Frankl lead the way. Young Jewish men and women fight back on the Festival of Freedom, on the eve of Passover. The blood of our past warriors flows in our veins. Our heroes go up to heaven, in glorious flames.

On the afternoon of 19 April, a symbolic event takes place when two boys climbed up on the roof of a building on Muranowski Square and raised two flags, the red and white Polish flag and the blue and white banner of the ZZW (Jewish fighting force). These flags remain there, highly visible from the Warsaw streets, for four days.

April 19, 1943, Warsaw, Poland, how tragic, how sad we feel. Is this the last Seder (Passover celebration) ever? Will this be the end of the once proud Nation of Israel? Will there be a little child alive next year to ask the Four Questions of the Passover Seder? Will there ever be another Jewish father to lead the service?

Never before have we faced such challenges, but the Piasczeno Rebbe known who became known as the Holy Fire, Aish Kodesh,  tells us not to lose hope. The Nation of Israel will survive! It is God's promise.

We live like rats, in the sewers, underground, in bunkers with little air to breath. We are hungry all the time. Our clothing is rags, we are cold. The world is silent. How far we are from our homes in Israel, how far we are from the great Kingdom of David and Solomon, where is our Moses and Aaron to lead us to freedom?

Mordechai Anielewicz, only 22 years of age, writes...It is impossible to put into words what we have been through. What happened exceeded our boldest dreams. The Germans fled twice from the ghetto...My life's dream has come true. Defense in the ghetto has become a fact. Armed Jewish resistance and revenge are actually happening. I have witnessed the glorious and heroic combat of the Jewish fighters.

Rabbi Menachem Ziemba calls to sanctify God's name by armed struggle. Sanctify life by our dignity, our dedication and valor.  While he helps raise the spirits of the fighters he continues to teach the Talmud secretly. He is a master of the entire Babylonian and Jerusalem Talmud. He continues to inspire from his hideout on Kupiecka street number 7. We hear that he has had opportunities to leave the ghetto, but he stays...has there ever been such a Passover before? We shall not lose faith!

Back to the future...Silence, now a monument stands were once giants stood! I have been there, I have stood were once Mordechai and his friends fought. They are still there, deep in the ground. I thank the Polish people for honoring their memory, for not using that prime property to build apartment buildings. I walk the streets where Rabbi Menachem Ziemba walked, where the Piasczeno Rebbe, Rabbi Kalonymous Kalman Shapira, known as the Holy Fire, walked.

April 19, 2019, Israel, We are in the glorious State of Israel, much of the world is still against us. American "democratic" politicians rant and spew their hatred towards us. Europe is filled again with hate crimes. Hatred of Jews has once again become acceptable.

We sit in Israel, we celebrate Passover, a small child tonight will ask the traditional four questions, and yes, we know that this will not be the last Seder, this is not the last Passover. And we remember them all; Pawel, Mordechai, Yizhak Zukerman, Marek Edelman, Henryk Iwański, a Polish man who helped the Jewish people and was awarded the title of Righteous among the Nations by Yad va Shem, Maurycy Orzech. We remember them all, the men, the women, the children.

And tonight, once again, we pass on the torch of freedom to the next generation. The Nation of Israel lives.

The most difficult struggle of all is the one within ourselves. Let us not get accustomed and adjusted to these conditions. The one who adjusts ceases to discriminate between good and evil. He becomes a slave in body and soul. Whatever may happen to you, remember always: Don't adjust! Revolt against reality! 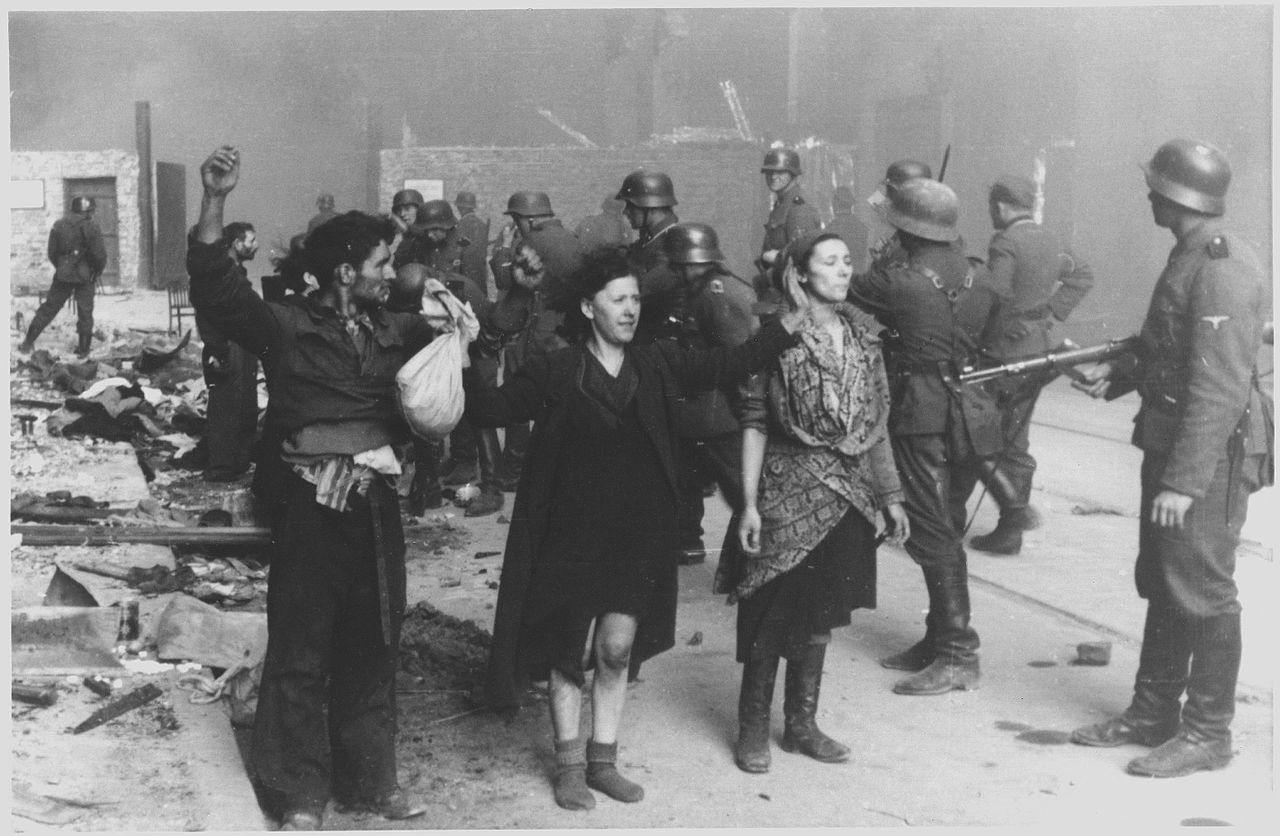 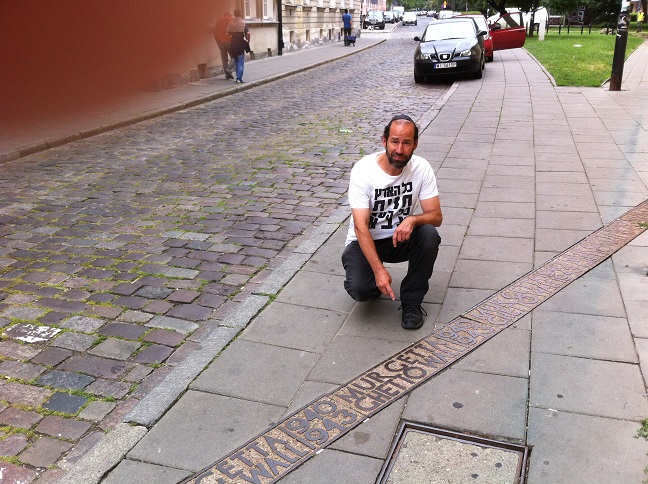 Moshe inside the Warsaw Ghetto....