Watch Your Back
By Moshe Katz
CEO
Israeli Krav International 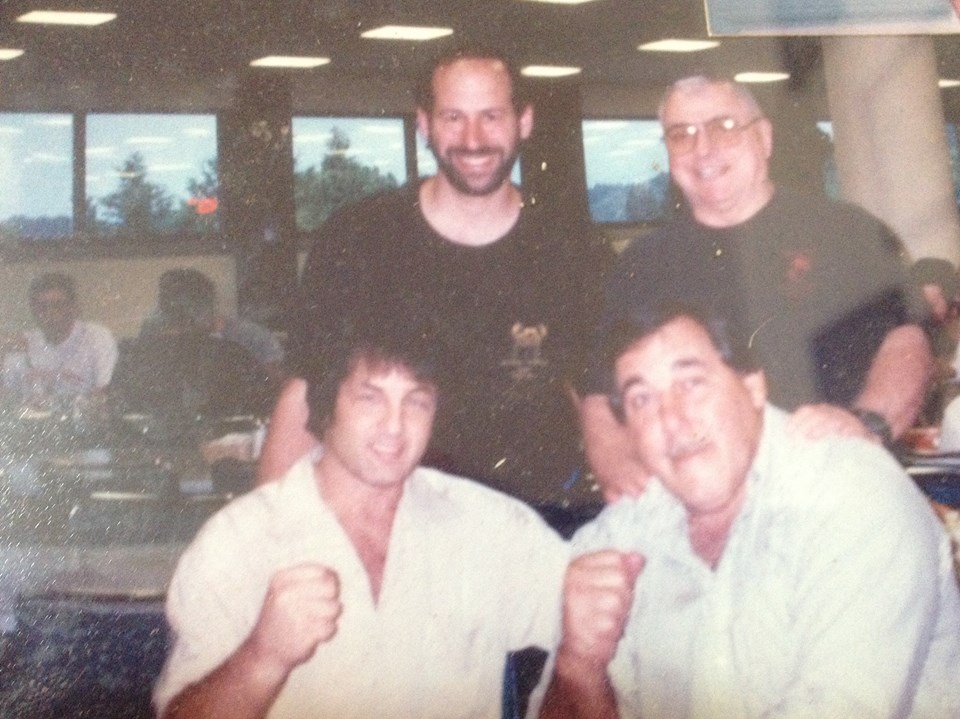 These days we are dealing with a lot of crap in Israel and around the world. I am referring to unprovoked attacks on good innocent people. It can be a terrorist attack in Israel, a rape on an American university campus, or a journalist abducted in the Middle East. Sadly hideous violence is all around us.

We are preparing. We are training. We are watching the video tapes, the surveillance cameras, we are reading the reports. We are being creative, thinking ahead and thinking outside the box. But it is still not enough.

Watching the video tapes, and listening to stories of those who have been attacked, we hear the same thing again and again. "I was hit from behind, I fell down with such a blow, I had no idea what happened to me."

Just the other day I heard such a story from a friend who had been volunteering on college campuses, trying to catch a rapist, and this friend was a world class weight lifter and training in martial arts.

Being hit from the back. Is there any defense?

This is an issue that the martial arts community must deal with; Krav Maga, jujitsu in its various forms, all of us.

When I was a child I recall the teacher saying that teachers "had eyes in the back of their heads", i.e. don't even try any pranks when the teacher is writing on the blackboard with her back to the class; she will still know what you are doing and you will be caught.

Now as a Krav Maga instructor I understand this point better. Of course the teacher does not have eyes on the back of her head, no human does, but she does have an in-depth knowledge of the classroom and her students. She knows that little Johnny will try and poke Jennie in the butt and that Tim will copy Rachel's notes.

And that is exactly what we should be doing, only we should not be turning our back.

There is no defense for the attack that you did not see coming. There is no defense for an attack from the back. I have friends who did defend themselves but that is because they kept an eye on their surroundings. They did not look straight forward, even while using the urinal, excuse me, they had their eyes roaming around the place.

There is no other solution known to me.

Back at Karate College I had the privilege of meeting some martial arts greats including Joe Hess, Michael DePasquale Jr, Bill D'urso and many others. These great men befriended me and even asked me to join them once at their table. Their kindness and humility deeply touched me.

I have a vivid memory. Towards the end of the session, Joe Hess, the great Kickboxing champion, police officer, body guard, was walking down the stairs with his hand luggage. He was moving slowly, the result of so many fights.  He looked at me, knowing I was heading back home to Israel, and said, "Watch your back buddy".

The man knows what he is talking about, he has seen enough violence to know, truer words have never been spoken.

My friends, that is the only solution to the cowardly attack from the back, watch your back, as Joe told me. Watch your back!

At all times be aware of your surroundings, we do not live in a Fantasy world, there is violence lurking around us. And don't tell me it cannot happen to you, because it can.

I thought my home was safe, I felt "it could not happen to me" but I did! I came home from a family dinner to find my home ransacked and precious belongings taken.


The latest from Israel, an hour long, defense against knife threats from all angles, with grabs, while being choked, standing, against a wall, sitting, on the ground, third part defense, etc.

Defense vs every possible type of knife attack.

All angles: Surprise attacks,  Front, Back, Side, Slash.

Simple solutions to all types of knife attacks.

$30 plus shipping and packaging

4. Defense in and Around a Car
Filmed November 2014