In my early years in the martial arts world I read a great book, one I still recommend to others; a little book called, "Zen in the Martial Arts" by Joe Hyams. It contains many pearls of wisdom.

As a young student I took this book to heart and really tried to internalize the messages. Looking back years later I can say that this book changed my life in many ways.

On the topic of anger he quotes a Samurai saying, "The angry man defeats himself in battle and in life." 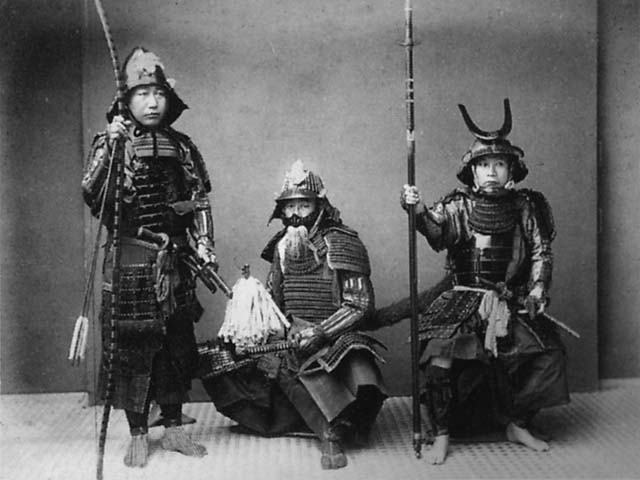 Man, how true this is!

The angry person defeats himself. His anger usually has no effect upon the person he is angry with, usually one can never know, but it kills the angry person. Of this there can be no doubt.

The anger eats away at the person like a termite eats away at a house; it consumes him and devours any goodness in him. Anger is a disease. Anger is also a social disease, angry people rarely attract healthy friends.

I will tell you two stories – one old, one new.

Old story - During the Communist era a young man is picked up by the KGB and taken away. The KGB show him testimony by his neighbor, a kindly older woman. Until now this woman had never shown any animosity towards this young man. "How could she betray me?" he wonders. "These are a pack of lies", he protests. It is all to no avail, he is convicted based on her "testimony", and taken away for ten years to a camp in Siberia.

Everyday he thinks of how his "kindly" neighbor betrayed him. Everyday he plots his revenge. He thinks of the moment that he will return and the harsh cool words he will speak. He waits; he counts the days, the months, the years.

Finally the day comes; he is released from prison. He returns home to his village. He sees the woman, now much older looking. She runs towards him and throws her arms around him. "I am so glad to see you home safe, how I have prayed for you!!"

The released prisoner is dumbfounded. "How can this be?" he wonders. He turns to her and says, "But you are the one who turned me in. You are the reason I was sent away for so long. You reported me as a counter – revolutionary!"

The surprised woman says, "Counter – What? The officials came in with some documents and told me to sign. I can not read nor write other than my own name. Why? Did this cause a problem? Did I do something wrong?"

The ten years of anger took its' toll on this man, and it was all misdirected.

New Story – A man felt he was wronged in business. In fact he was convinced of it. It consumed his thoughts and actions. For twenty years that is all he did, work on his case. He could not hold down a job, his wife and children suffered, but he labored on. He knew that someday justice would be his.

For twenty years he tirelessly worked on his case. "Let it go!" others urged him. No! He was wronged and he must be proven right.

After twenty years indeed he was indeed proven right. The judge judged in his favor. At last! He was vindicated, he was RIGHT.

The judge ruled that he was owed more than two million dollars, but, there was a slight problem. The losers in the case were no longer rich and did not have this kind of money. They were now old men with heart conditions. They would have to liquidate their assets and sell their homes. They would be left with nothing, and, they were relatives (of his wife).

Other family members pleaded with the "winner", "Give them a break, show some compassion, and settle for less money." But no, he would hear nothing of it; his victory must be complete, unconditional surrender.

This story is not over, and I do not know how it will end. But I do know this – Twenty years of family life and productive living has already been wasted, the couple are no longer together, the children are not speaking to the parents, and for what?

I have known over the years many soldiers and police officers that have faced death, close and personal. These are not angry men, they are calm men. An angry man is useless and dangerous as a fighter, as a soldier or as a police officer.

It has been many years since I read, "Zen and the Martial Arts", but I know this lesson now – anger destroys and forgiveness is a blessing to all. Sometimes people are surprised at my ability to forgive; the secret is that I am benefiting myself. I am a much happier person now.

"Love it Moshe. The proverb says: "Mightier is he who has control over his own spirit than he who takes a city." In medieval times, a murderer had to carry the corpse of his victim tied to his back until the rotting flesh killed him. Anger is like carrying the corpse with you."