If there is one image of our people that comes to mind, during all these difficult years, it is the character Tevya, of "Fiddler on the Roof". He embodies the pain, the struggle, and the stubbornness; "I will not give up, no burden is too heavy". Tevya struggles with life, making his daily rounds delivering milk to his customers. He struggles with God, asking him, "Would it hurt some vast eternal plan if I were a wealthy man?" With pain in his heart but faith in God, his friend, he carries on with his daily obligations. 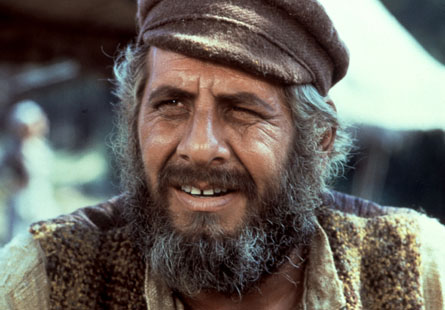 Now some believe in the Messiah as an individual while others see the Messiah as a time period. That's OK, we Jews have always agreed to disagree; our texts have many interpretations.

In the year 135 the final revolt against Rome was crushed, our people lost their independence, were taken into slavery and scattered around the globe with unspeakable consequences. Since then we have been the pariahs of every society, the scapegoat for every problem, the punching bag for every drunken Cossack.

But a new dawn has come. After thousands of years of suffering, of taking it all on our bruised backs, of repeating daily, "Ani ma'amin", I still believe, Tevya shed his old milkman's clothes and wore a new spirit. The time had come and we all knew it. The waiting was over. So, the broken-down Jewish milkmen of the world, the pious Jews of Yemen, the skeletons from Auschwitz, the survivors of Babi Yar (Ukraine) and all the other places where our people were massacred, came together and reclaimed our ancient homeland. With Ani Ma'amin on their lips they made it happen. They became the generation of the Messiah. They did what no people had ever done, what no one thought could ever be done.

And they came to an ancient neglected land, filled with malaria infested swamps and governed by corrupt backshish (bribe) seeking Arabs. They built a democracy where all people and all faiths can live, each according to the life he or she chooses. They built the most advanced Hi Tech industry in the world, developed the first cell phones and medical devices and watering systems that help people all over the world. They revived a language that had been dormant for 2,000 years and reforested lands that lay barren. The tailors and milkmen and rabbis made the desert bloom. The ancient land greeted its returning sons and daughters with blooming flowers. 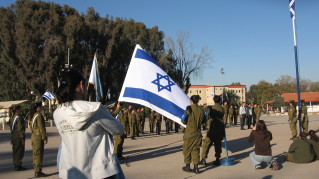 And yet our enemies attack us and the super powers act against us. But Tevya will not give up, and he will continue his dialogue with God.

Sometimes as nations we go through hard times. "Tough time never last, tough people do." And sometimes we go through tough times as individuals; some people lose the will to go on.

And I say, friends, look at our history. I find that today it seems everyone wants to be Jewish, even the president of the USA participated in a Seder on Passover night and spoke of the lessons of freedom! So look at our history, think of Tevya; beaten, broken down but never giving up.

This morning as I was waking up, half asleep still, I heard the words "Ani Ma'amin, Ani Ma'amin", I don't know why, perhaps it was an angel speaking to me, perhaps an old friend, I heard those ancient words and I had the strength to get up and face another day, face my personal challenges. And then I said, maybe there is someone out there who needs to hear this too; have faith my friend, whoever you are, wherever you are, think of Tevya, the old poor struggling Jewish milkman, constantly being attacked by Cossacks, think of all the Tevya's who waited 2,000 years but Never lost hope, think of our people, say, "Ani Ma'amin", get up and face the new day. May it be a great day for all of us.

The Krav Maga Blog books
Enjoyed the blog? Own the books 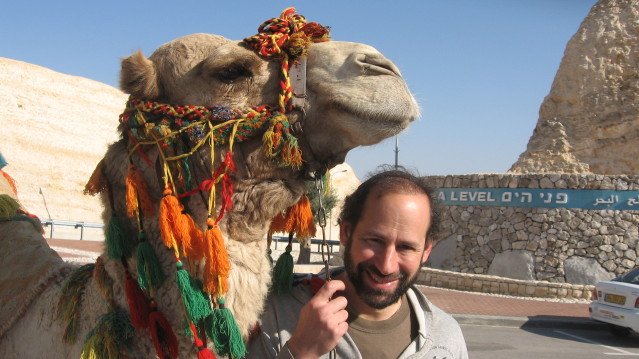