Blood Sport – The Movie and the Lesson

There are certain movies that are part of our martial arts vocabulary. If you have not seen them, well, I feel something is missing in your martial arts education. It is difficult for me to relate to someone who has not seen Enter the Dragon, Karate Kid, Rocky, and Blood Sport. These classic fight films are like the building blocks, part of martial history, and full of inspiration. The time spent watching these films will add up to many more hours of training on the mat. In fact I use them for a pick up, when I need it.

For my students here in Israel, I consider Blood Sport to be part of our curriculum. I also give a little orientation before the movie; who is the real Frank Dux , where he is really from, and the fact that his brother is a close friend and a regular guest in my home. For the kids it is quite a thrill to hear the real story and to know that Dux has visited Israel.

For me Blood Sport stands out as perhaps the greatest martial arts film I have ever seen, and one I never tire of.

For one, the story is real. A few facts have been changed for dramatic effect, or for other reasons, but those changes do not affect the overall story. For example, the real Frank Dux is not from Belgium but the actor Jean Claude Van Damme is, and thus there was a need to explain his French accent. Therefore in the movie Dux's father says he came from Belgium to grow a vineyard in California.

In the film young Dux meets Tanaka when his "cool" friends break into the master's house and try to steal a sword. In real life Tanaka was a local gardener and a martial arts expert.

In the movie the tournament takes place in China, more appropriate for a martial arts movie, then the real location, Nassau, in the Bahamas. Again, this does not change the overall story.

Other than those and a few other similar changes, the story is real, and it is a real inspiration. How do I know this? Personal research and, I know the Dux brothers personally.

I recall years ago sitting with Shidoshi Frank on the matt at Dux Ninjitsu in North Hollywood, California. It was then that he told us about Hollywood contacting him with the idea of doing a film about his life, and a young actor who might play his part. At the time I never thought it would actually develop into a movie.

I knew the real Frank Dux, felt his kicks first hand, and knew his honesty and integrity. Only years later did I hear about the film Blood Sport.

The film projects the same values that Shidoshi Dux taught us way back when, at Dux Ninjitsu.

War is not the way. Shidoshi always stressed martial arts as a means of self defense, not for ego or a power trip.

Use any technique that works I recall Shidoshi discussing various unorthodox methods of escape, such as acting crazy and chewing on a guy's ear. Not being set on any specific technique is an important part of his doctrine, as it is with us today in Krav Maga.

Hard work and discipline - The movie is an inspiration for young martial artists as it shows the young Dux training hard, overcoming his ego and working hard to attain his martial goals. As Senzo Tanaka points out in the film, certain things one must earn on their own. I recall back at Dux Ninjitsu our program included "Trauma Training" and we took our share of blows.

Not Giving Up Hope – Sometimes it is the student's job to encourage the teacher. In the film, when Tanaka's son passes on, it is young Dux who uses his teacher's wisdom on his teacher. Dux tells him 'You taught me to keep an open mind'.

Martial Science as a way of Raising Children – Clearly we see in the film, as it is in real life, that martial arts provides a way of raising children to be responsible adults. Senzo Tanaka explains to Mr. Dux that just as vines don't grow best on their own, but we use science to make them better, children too need guidance.

Mind, Body, Spirit – The martial arts brings the physical, the spiritual and the intellectual together. This was clearly stressed in my days back at Dux Ninjitsu, so many years ago, but still fresh in my mind.

Certainly it is thrilling to see so many different styles of martial arts displayed. Dux did all the choreography himself; quite a display of his vast and eclectic knowledge, passion and respect for all the martial arts. Truthfully in a real fight each style rarely gets a chance to show its uniqueness. But here, we really do get to see what the UFC was meant to be, one pure style against another. Rare styles like Monkey Kung Fu get a chance to be showcased. For any martial arts fan it is truly a delight to see each art at its best.

The movie, in my opinion, is a masterpiece all around; the martial arts at its very best. 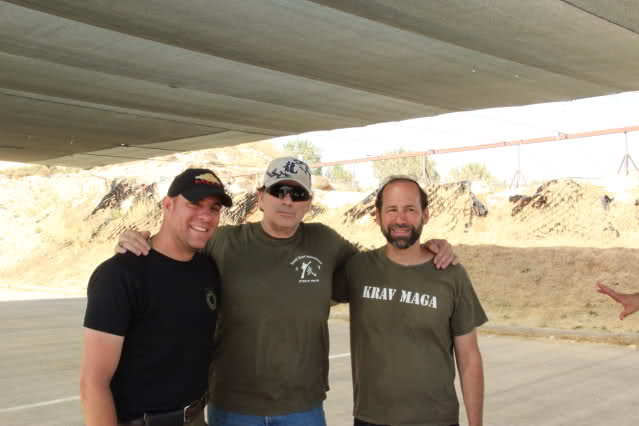