Today I received an e mail about a 16 year old girl, a cheerleader, who caught a shoplifting thief in the mall. Her only training was the extensive physical training demanded of cheerleaders (you should see her flip and jump) and a caring heart. 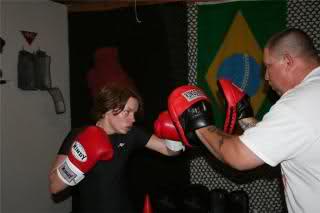 She was with her mom in the shopping mall when she spotted the thief. She handed her mom her cell phone and ran after the criminal. She does not even remember exactly was she did but she grabbed him in a bear-hug and pulled him to the ground. She held him down there long enough for the mall security guards to come in and take over. She does not consider herself a hero. She said, "I did what anybody would have done."

Sadly, she is mistaken, not everyone would have done this. In fact very few people would have done this. They would not do this because, "It is not their problem", or they are afraid, or they might get hurt, or the guy might track them down later and take revenge. All this thinking paralyzes us and prevents us from taking normal human action. It prevents us from caring.

Too much thinking. When hearing the stories of those we call heroes, the answer is always the same, "I did not think, I just acted". There is a great precedence for this. Back in Biblical days there was a terrible situation involving immoral behavior between the people of Israel and the daughters of Midyan. Pinhas the Cohen rose up from among the congregation, grabbed a spear in his hand and threw it at an offending couple. The Bible records that he "calmed the anger of God".

The Talmud discussed Pinhas' actions and asks, "But why did Pinhas not consult Moses?" After all Moses (Moshe) was the leader of the generation, surely he should have been consulted!

The answer here my friends, is very important. Close to 2,000 years ago the rabbis answered as follows: A zealot does not stop to ask questions, he just acts. Had Pinhas taken the time to ask questions and start a discussion no action would have been taken.

This is our Krav Maga attitude today, just as it was way back then. And our crime fighting cheerleader posses this quality; act, do what you can, care enough to try.

It is the same with our cheer leading crime fighter; had she taken the time to think it over, to consult with her mom, no action would have been taken. "Logic" would have prevailed and the thief would get away. He would then feel more confident to steal again. As for now he will remember that a sixteen year old girl, wearing a dress, stopped him in his tracts. He will not forget this, and I hope neither shall you. The time to start training is now, NOW!!, not later, but NOW.