What a difference a few years makes!

A couple of days ago Fred and I were walking around Amsterdam, Holland, discussing what an amazing difference a few years can make. If we were walking along this same path just 60 -70 years ago, we would both be considered criminals; me for being a Jew, and he for befriending me. You see once the Nazis invaded Holland laws were passed such as the law that stated "a gentile cannot invite a Jew into his home." (And Fred certainly opened his home to me in a very generous way). 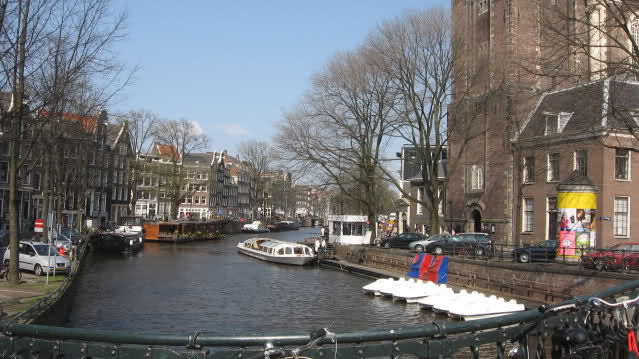 Can you imagine, inviting your friend into your home would make you a criminal! We visited the home of Anna Frank; actually it was only her home during the war years when she, her family, and several other Jews hid from the Nazis and their supporters. We saw how they lived, in dark narrow rooms, in dire fear of being discovered, as they eventually were.

It boggles the mind to think that strolling along the canal would have been impossible just a few decades ago, during the childhood years of my own parents.

When I think of Krav Maga, what I have chosen to do as a profession, I think of more than physical self defense. I think of how it empowers people to learn to stand up for justice, for what is right, to fight for what is right. In Denmark the population did not allow the Nazis to have their way, despite the enormous power of the Nazi war machine they could not defeat the Danish people's sense of justice. In Poland, on the other hand, as my dear father put it, "The climate was right for killing Jews".

We Krav Maga we work with the individual, build him up, make him strong. You learn not to go along with the crowd, just because "everyone is doing it." You learn that you have the power to resist.

I stood outside the Anne Frank home, and I thought about her, the Evil Dictator may have crushed her little body but her spirit lives on. Millions of children and adults have read her story, in the original Dutch, in English, Hebrew, French, Arabic, Chinese, Japanese and countless other languages. She fought to keep her dreams alive; she fought to remain an individual.

With Krav Maga we teach kids to stand up to the school yard bully, we teach college girls to stand up to "date rape", and we teach soldiers to fight back in hand to hand combat. Most importantly we teach people, no, we guide people, we help them find their own inner power, to be themselves, to stand up to outside pressure, to be free individuals and to help create and maintain a free society for all people.