While America is celebrating independence we are still fighting for ours. In Jerusalem there has been fire in the sky as politically motivated Arab riots have spread. These are hardly "spontaneous" movements but rather very well planned and orchestrated politically motivated attacks. Of this there is no doubt. 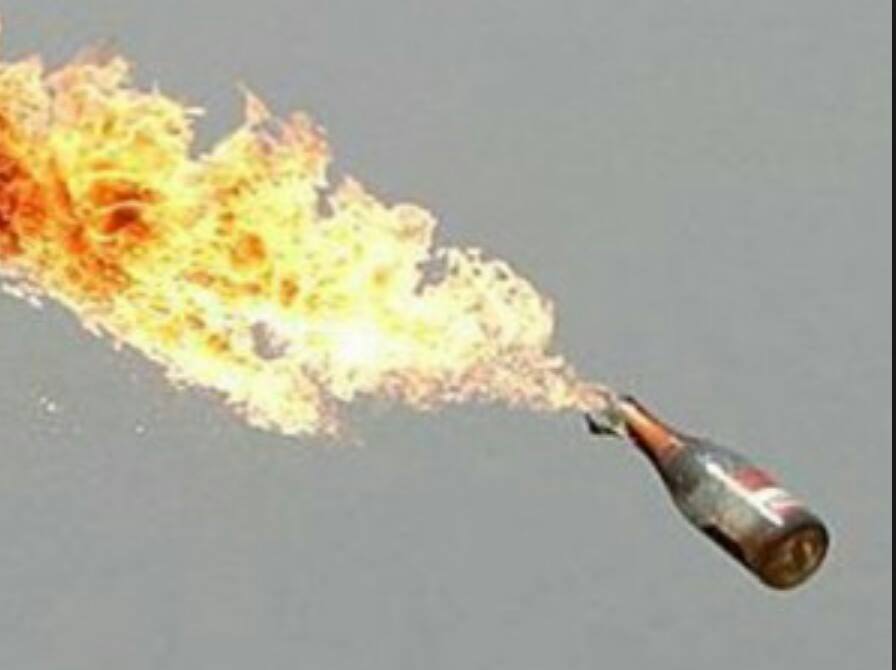 A few weeks ago during Tour and Train I was walking with my students to the synagogue. It was before 7 am on a Saturday morning. My students received a real life lesson in Krav Maga and Jewish combative history.

Earlier I had explained that in ancient times Jews had interpreted the Bible's words to mean that on the Sabbath no combatives, no fighting were permitted.

But in the year 164 BCE an incident occurred which clarified that that was a mistake. In the battle with the Greek Hellenists one thousand Jewish men, women and children had hidden in a cave during the Sabbath. The enemy called them out to fight but the Jews refused. They said they will not violate the Sabbath.

They were all massacred.

When word of this horrible atrocity reached the leader, Judah the Maccabee, he reinterpreted the Bible. As the Bible says, "These are the laws that thou shall live by them" means, "live by them and not die by them".

Since that day the nation of Israel has been permitted to fight back on the Sabbath.

That morning with my students we saw two of my neighbors with tears in their eyes, their son, my student, now a counter terrorist, was entering his car on the Sabbath, something only permitted when it comes to a life saving case. He was on his way to participate in the search for the then three missing boys.

Now we know that there were already dead at that time but...at that stage the search was still on. We still had hope. My students saw first hand the application of the Biblical law that anything involving the preservation of life comes before the law, before the Sabbath.

Today we saw the same.

As I was walking home from the synagogue I saw my friend. He is a religious Jew and a volunteer police officer and a dentist. He was in uniform. I causally asked him if he was waiting to be picked up. He was.

Ever since we found the bodies of the three murdered teens our Arab neighbors have been rioting. (You would think it would be the other way around). My friend told me that the Arabs of the nearby town are rioting and are near the entrance of our town.

Fear not, all is quiet now.

Soon enough another friend, also a Sabbath observer, in a police van. Such is life in Israel, even on the Sabbath we must patrol, fight back and defend ourselves. This is the living Bible; living in our land and applying the laws to our everyday lives.

Our reality is that we must always be on guard, always ready, even on the holiest days of the year. The preservation of life supersedes the Sabbath.

I have received e mails from all over the world asking how we are doing. Thank you. We all well, everything is totally under control. We are prepared and totally ready for any situation.

There are those that are always looking for more people to blame. Blame the police, blame the prime minister, blame the government, blame America, blame Europe.

And there are those who are always looking to solve the problem.

Each one of us can offer what they can in their area of expertise. Some are talking about having more bus lines so young people do not need to hitchhike for rides home from school. I agree. Some are pushing for harder measures against terrorists, I certainly agree. But I have yet to hear anyone advocating "Krav Maga for All".

So lets forget about teaching them Judo, Aikido, Hapkido or anything that takes that long to learn. Forget them all.

What we need is a few simple moves, a few simple concepts that can be applied to many different unexpected situations. We need techniques that everyone can learn and learn fast.

This is IKI Krav Maga and that is why we exist. 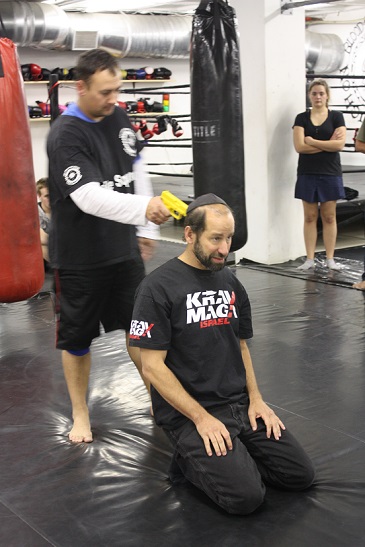 Gun to the back of the head with one of South Africa's top police officers.

I return to South Africa since month for seminars in Johannesburg and Durban, please contact me for details.

Now the phone call made by one of the boys to the emergency hotline is public knowledge. It will be analyzed over and over again. And eventually we will catch up with the murderers and they will reenact their crime. Of this you can rest assured, they will be caught. There is no doubt.

But what I am able to understand so far is that the boys were in the back seat. One called the emergency hot line, probably bending down behind one of the seats and hoping not to be seen or heard. We hear him say, very quickly, "Hatfu oti" (I have been taken hostage). And then we hear an Arabic accent, "Rosh le mata, rosh le mata" (Head down, head down). and then we hear the shots and screaming.

Of course as a Krav Maga instructor my mind is racing. I am imagining the situation and thinking what can be done. I have a few ideas. Self defense seated, in a car, we have done similar things. We need to work on this.

We need to keep training.

This week we welcome seven new members and one membership renewal, from Israel, the US, Australia, Poland and Holland. We welcome all in our common struggle to combat terrorism, crime and hate.