After seeing Joe Lewis's picture and reading his articles for years, it was certainly exciting to meet and train with him at Karate College in Virginia. Much can be written about Joe Lewis and his contributions to full-contact American Kickboxing, I just want to add my personal experiences. 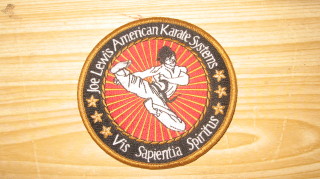 Joe Lewis is an inspiration. To see a man of his age at such a high level of fitness, is truly remarkable. I have read about his tough early life, his military experience and his challenging training; to see the results in person is inspiring. Most of us just give up as we get older and the only thing we are good at is coming up with excuses why we don't train as hard as we used to. Joe Lewis is the answer to that; stop whining and start training.

I also found him to be very funny. As he was finishing his session he said, 'and remember, Grand Masters don't get fat,' just then his old friend Bill Wallace walked in ,who, unlike Joe Lewis, has lost his hair over the years, and Lewis continues, "and Grand Masters don't go bald'.

I had a chance to become personally acquainted with Mr. Lewis even before the class. I bumped into him in the dorms, and he said to me, "Are you the guy from Israel". I said I am, and he said, "tell me, when all those terrorists attack innocent civilians, and then finally you guys retaliate and knock off one of their leaders, and the whole world starts yelling at you, you must feel pretty damn upset?". I said we sure do. I liked his no nonsense attitude, especially when he said, "I don't know why people don't like Jews, my momma always told me to like Jews, they are good people." 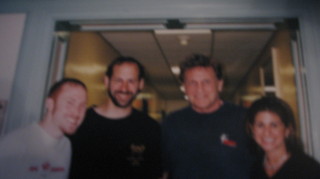 Mr. Lewis is an excellent teacher, always innovating and improving his training methods. To his students he is known simply as "The Legend".

You can learn a lot about a teacher by the behavior of this students. I can certainly say that all his students, young and old, hold him in the highest esteem. When I say 'students' I am including many of the instructors at Karate College who regard Joe Lewis as their teacher and friend.

So I would say Mr. Joe Lewis is fit, funny,inspirational, and politically my kind of guy, and he is certainly one great fighter.