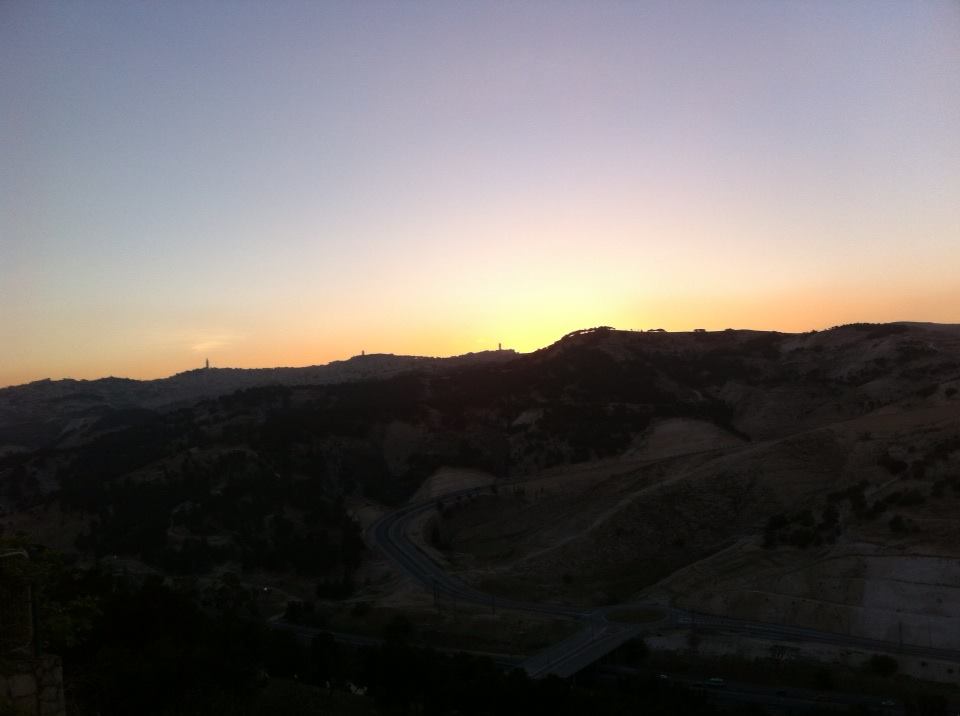 View from my home, the road to Jerusalem, our city.

This morning I was woken up with a sad e mail. An American friend informed me that once again an American school fell victim to an attack.

The attacker entered a school building armed with a knife, or two. He managed to stab over twenty people before he was stopped. Many are in the hospital in critical condition, the school is traumatized, the usual photos of tearful kids embracing.

Who was this attacker? Ex Military, Special Forces, trained enemy?

I went outside and found our local paper, our Maaleh Adumim newspaper. On page 34 I found an article that caught my eye, "Another Stabbing Attack Thwarted".

Yes, it is well known that our Arab neighbors for the most part would prefer to see us pack up and move "back" to Europe where we "came from". As they say there is no reason why the sins of Europe should become their problem. "Go back to where you came from!" Ironically for 2,000 years that is exactly what the Europeans said to us. When we had no choice we finally listened. Now we are home.

Our attacker was lingering near a school, he too was armed with a knife, he too came to kill. But he would kill no one.

Our alert police and soldiers spotted him, picking up on certain cues, (come to Israel and we shall work on these), and neutralized him without any harm. Very different result than the tragic American school.

No victims, no sad group hugs, just page 34 in a local newspaper. We have learned our lessons well.

Years ago things were different. There were Jews who believed that Berlin was the new Jerusalem, or Vienna or some other place in Europe. But it was not to be. Not long ago men armed with knives, swords and daggers would swarm into a Jewish town, for whatever imagined reason they had, and leave a pool of blood behind.

As just one of countless examples

"After a short while, there arose a new idea among the European Christian masses why the Black Death was ravaging their land: because they allowed the Jews to live in their midst as Jews. This reason became widely accepted. Therefore, in many communities throughout Christian Europe the formula and prescription of saving the community from the plague lay in either converting, exiling or murdering the Jewish population.

From 1349 until about 1390, the Jewish communities of France, Germany and England almost disappeared completely. In 1350, Frankfurt had over 19,000 Jews. By 1400, not even 10 Jews were left. That typified the situation in many other communities throughout Western Europe."

So, no. Now we fight back, now we train, with whatever we have, and we have become so good at it that we teach the world. Our country is one of the safest in the world. Here you are safe. If you are a Jew, a Christian, a Muslim, an Agnostic, a devout Atheist, a Vegan, a Pagan, a Reagan, what-have-you, here you are safe.

The Story of a Fighting Nation
Israel: A Nation of Warriors
By Moshe Katz

The spirit of a fighting nation, for over 3,000 years. 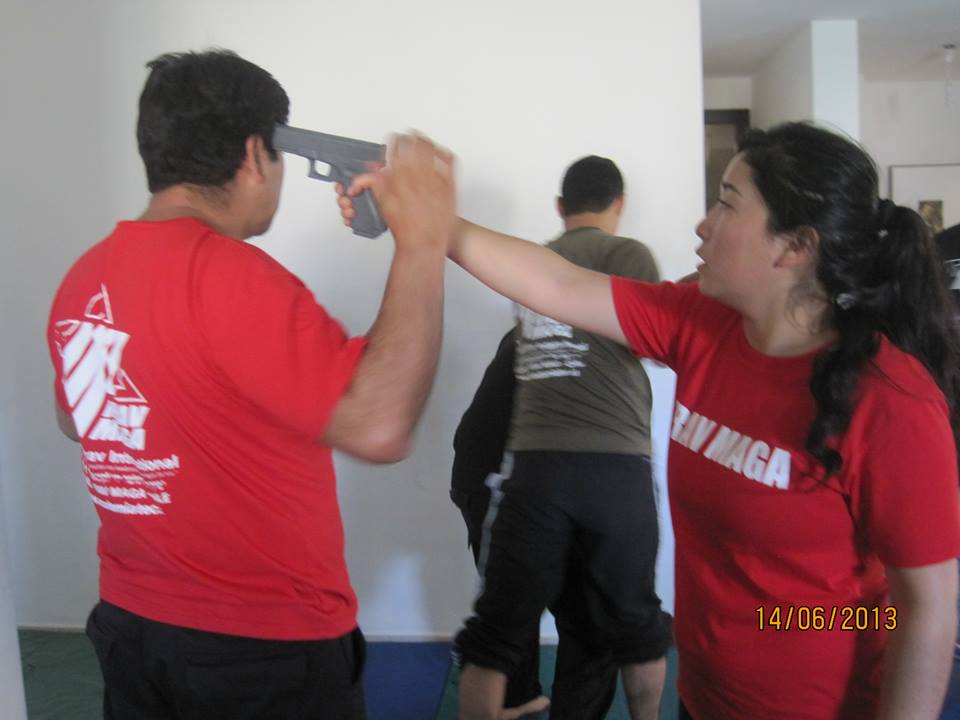 From Chile to Israel, Yuriko and Ramon training Krav Maga in Maaleh Adumim.

Come to Israel and train with us for two weeks. Change the way you view Krav Maga, security, self-defense.