Krav and the World, As You Want It
By Moshe Katz

Tell Them What They Want to Hear

I just picked up my first Starbucks latte since landing in the USA. I have quite a few hours until my connecting flight to Detroit on the way to my first seminar in Traverse City, Michigan. Time to reflect, and enjoy Starbucks.

I have a nasty habit of bringing up little historical tidbits that people would rather not be reminded of. In fact it is quite easy for most people to forget or ignore these facts as it turns out most people have never studied this history and are totally unaware. So it is often best to "let sleeping dogs lie" and awkward historical truths remain buried in old history books or under ground. 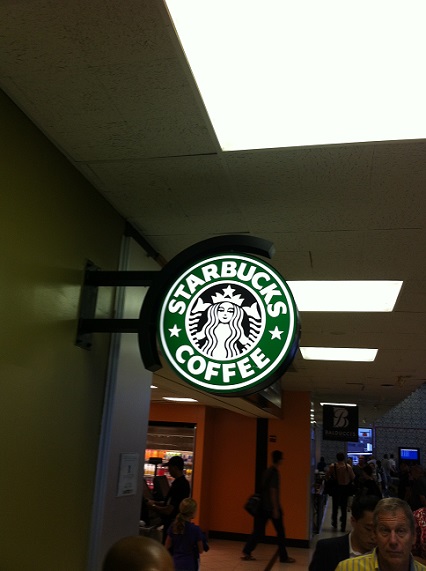 Dig up the past

But in Israel we keep digging underground and we want to know the truth. We are diggers. In fact it is a law in Israel that before the builders can get to work on a new building project they must allow the archeologists a first look. Before we build the future we dig up the past. We analyze the past.

But the past often reveals uncomfortable facts. A war that we thought was motivated by lofty religious principles was actually triggered by financial concerns, "sainted" historical figures often are revealed as being much more human, with plenty of faults, like you and me. Ah.. the truth is awkward.

But why bring it up? Why not follow what one former IKI Member said to me about the history of Krav Maga, "Moshe, everyone already accepts the (false) history as the truth, why can't you just accept it as well? why can't you just go along with it?"

"Tell the people what they want to hear and you will go far. Bring up awkward facts and you will find yourself alone."

I was 15 and we were discussing the best form of government. I advocated a total theocracy run by the Priests (Cohan clan, coincidentally our family line). He argued for a free democracy. And he said, "We had a theocracy in the past, it led to total chaos, civil war, brother against brother, war with Rome, the destruction of the Holy Temple, exile and slavery and 2,000 years of persecution and torment".

What!? This could not possibly be true! But, it is. Read, study, and you will find the truth.

It was upsetting, it shattered by illisions and delusions, it made me rethink many things, but it was true.

Sometimes I bring up awkward historical facts about the great USA, and I am not saying that sarcastically. I am an American citizen and a patriot and gladly registered for the draft when I was younger. I honor every soldier that serves, but yet, America too has its "Awkward facts" which brings into question some uncomfortable aspects of its history.

We like to think, "America = The good guys" and the "others" = The Bad Guys. But the truth is not so black and white.

Sometimes I point out certain aspects of the history of the Church and people are stunned, what!! I never heard that part before, how can it be true? Well I am so sorry to be the one to shatter the illusions and bring up the awkward truth. You can blame my dad, he raised a son to think. We have to face the facts. We cannot deny history.

But without my dad we would not have IKI Krav Maga, in my opinion the best Krav Maga in the world. It is his attitude that makes me question every technique, seek the truth, dig and search. It is this attitude that keeps IKI one step ahead of the rest.

The other styles .."but everyone is doing the technique this way, why must you be different?"

My father said, "Abraham was called The Hebrew - Ha Ivri",  the word Ivri can mean "the other side". Abraham stood on one side and the rest of the world stood on the other side. Abraham knew he was right, he was the moral majority of one. Numbers did not matter. So I don't mind standing alone, better than being wrong and just "going along with it".

Thus our Krav Maga, IKI Krav Magaת accepts every question, every challenge with an open mind. Our new techniques are the result of your questions. These new techniques are what you learn on our Krav On Line program. This is what you will experience during our regular training as well as our Tour and Train program and international seminars.

Krav Maga is for everyone, and we must keep testing and modifying techniques so that they work for everyone. And if a technique no longer serves our needs, or is proven ineffective, than we must avoid the urge to "tell people what they want to hear", we must keep searching.

Challenge us with your questions, stay on the cutting edge of Krav Maga as it develops in Israel and World Wide. Receive hundreds of clips directly to your home e mail.

Learn History!
by Moshe Katz
Israel: A Nation of Warriors