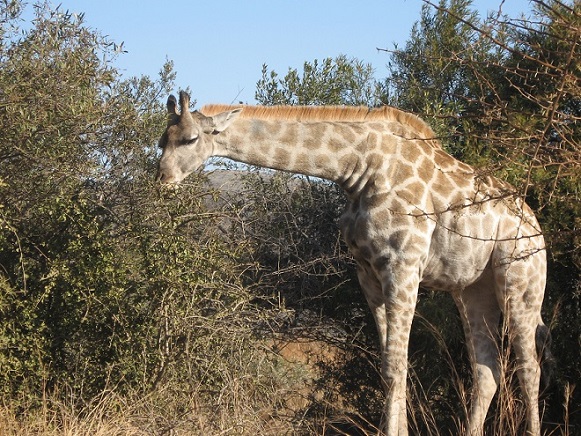 May these great creatures always roam free. All creatures deserve to be free. Say No to poaching, say No to fur (other than on animals where it belongs).

After three visits to South Africa, and reading three long books on the history of South Africa, I am beginning to understand Israel a little bit better.

Israel and South Africa share a great deal; a highly complex and complicated history and present, one that is nearly impossible for outsiders to fully grasp. And yet, in both situations outsiders feel they not only fully understand the situation but are willing to offer advice and pass judgment.

Is someone a racist or a nationalist? Is he a caring individual or a bigot? You will not be able to know right away, you will have to sit with him, talk with him, eat with him. Some things are not black and white.

Participants in our Krav Maga Tour and Train program often arrived confused. That is why we now call it "Tour and Train Israel Experience" because I have come to realize that they are truly experiencing Israel, they are gaining insight, not only into Krav Maga but into our entire world. They emerge different people.

Nothing is at it seems at first.

In Israel the situation is equally complex, only ours goes back thousands of years, not hundreds.

We have an expression in Israel, "Where you stand depends on where you sit." In other words, where you stand politically depends on where you sit politically and socially. When you are on the inside, in a position of power and wealth, your politics are a reflection of that position. When you are on the outside, in a position of poverty and weakness, your attitude will reflect that position. 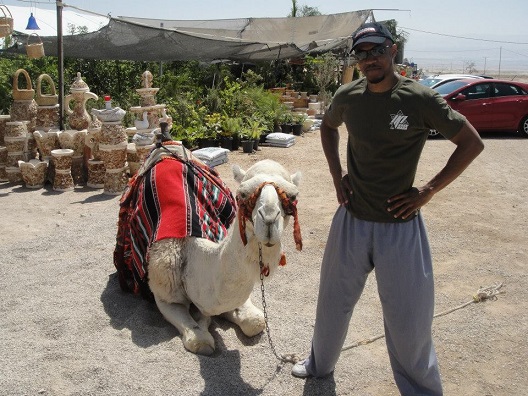 Kuda, from England, originally from Zimbabwe, in the Judean desert. Tour and Train June 2013. The camel is a native.

In Israel our Krav Maga guests do not live as tourists.  They are not outsiders. They see the inside picture. They live with the locals and meet Jews and Arabs. They become part of our community and form life long friendships with local residents and with Krav Maga students from all over the world. This is not a vacation, it is a true learning experience.

Krav Maga appears differently when you view it from the Inside rather than from the Outside. Living here with us in Israel you will gain a new perspective on Krav Maga, Israel, and life.

Defense vs Impossible holds
Defense vs stick, gun, knife, long weapons
Defense vs street attacks
Defense in and around a car...
Learn how to handle Hostage situations as it has been taught to airline pilots, flight attendants and El Al security guards.

Learn about our history, learn about our conflicts. Israel a nation of warriors, the story from the beginning. Travel to our distant path, meet our patriarchs as warriors and men of faith. Meet our army of today. 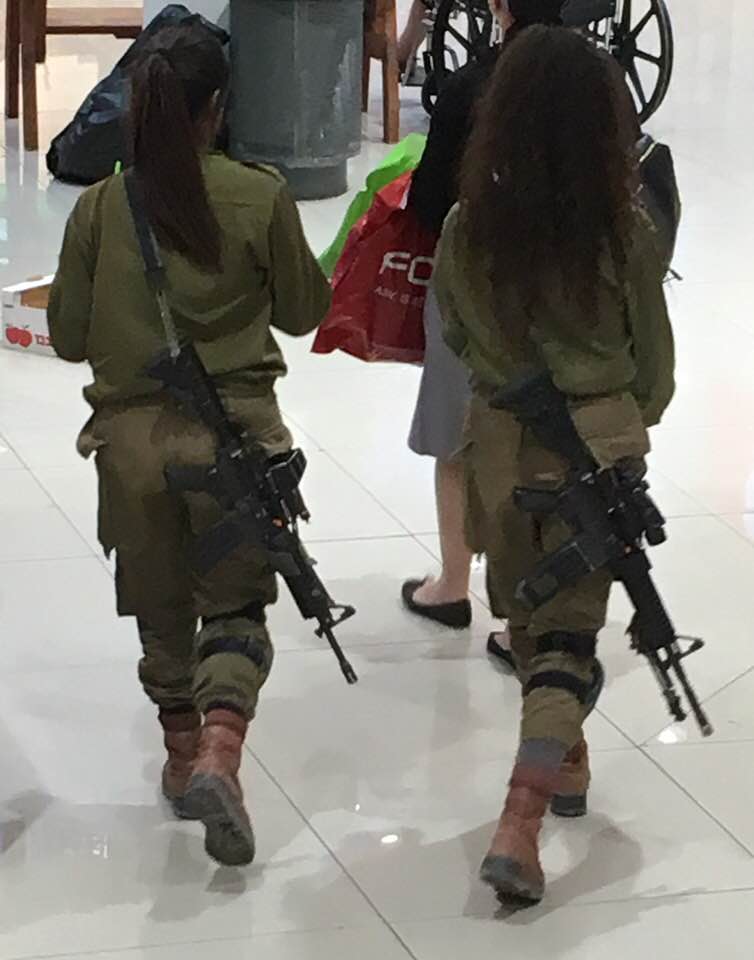 Local Israeli teenage girls hanging out at the mall, and yes, we all defend our country.