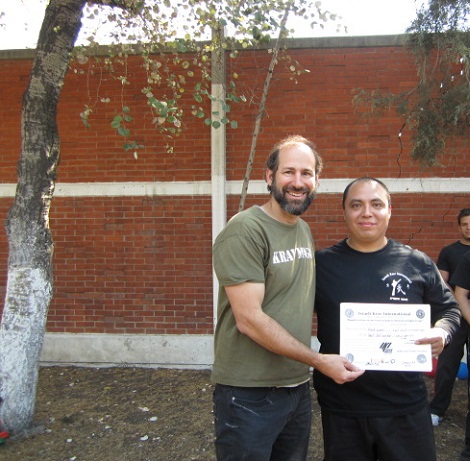 -Started training in Krav Maga in 1998, while living in Israel, and currently he is a 3rd. Dan Black belt/phase three instructor (Associate instructor) under IKI.

-Has attended IKI seminars in USA and Tour and Training in Israel.

-Has hosted many seminars in Mexico City.

-Currently on his 9th. Year with IKI 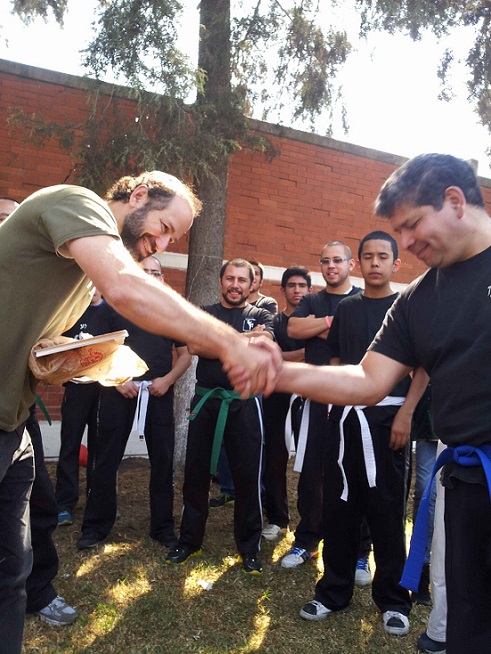 - Currently: certified as Brown Belt and phase one instructor under IKI.

- Has hosted one seminar in Mexico City.

In January 2014, after many years of martial arts and Krav Maga training, Fili was promoted to Black Belt by Moshe Katz and Alberto Labra. 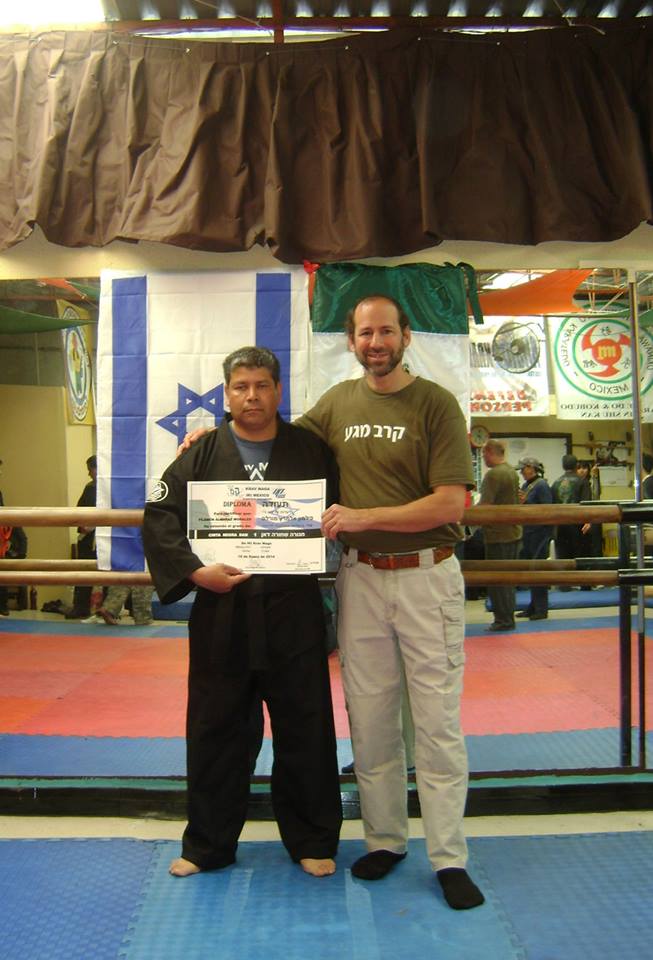 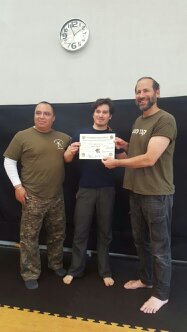 Introduction course for new agents from the Bank of Mexico

-Wide experience in integral physical security, working with safety for strategical facilities throughout the Country.

- knowledge about courses design according the Mexican laws (NTCL CRCH0665.01).

- Currently blue belt and phase one instructor under IKI.

- Basic course for escorts (Level I and II, Maguen team)

- Served in the Mexican Army during 21 years (Military Police).

- Currently: Green belt and phase one instructor under IKI. 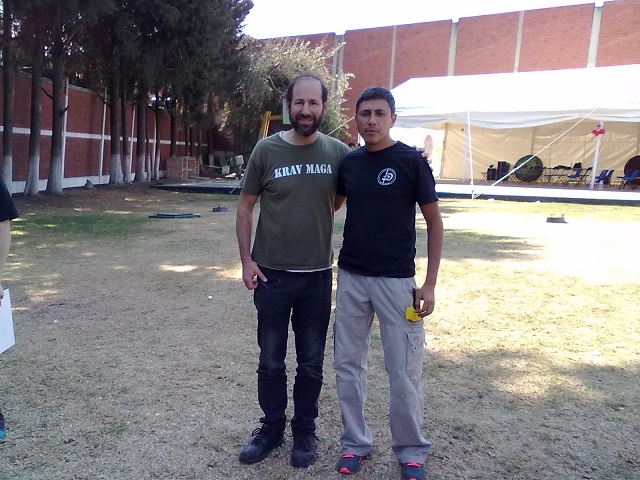 I met and trained with Cristian in Mexico City and found him to be an outstanding Krav Maga practitioner and instructor. He comes to IKI with many years of experience in Krav Maga and other fighting systems, as well as multiple certifications.

representative of the Tactical Combat System International, is the degree of Tactical Shooting Instructor, awarded by the world president of TCS International, Ukraine Borys Vidichev. 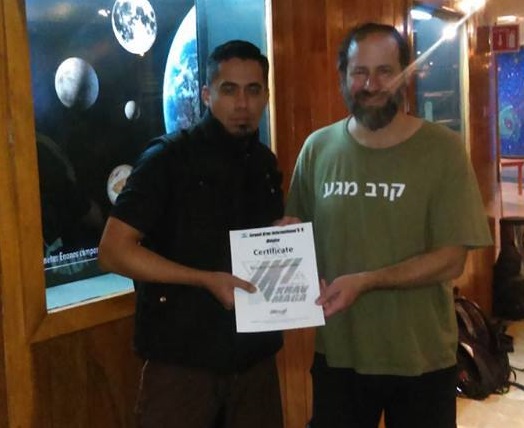 Eduardo is trained by Prof. Cristian Vasquez and chosen to lead the group. He is not only a highly experienced martial artist but a role model and a gentleman. It is an honor to count him among our instructors. 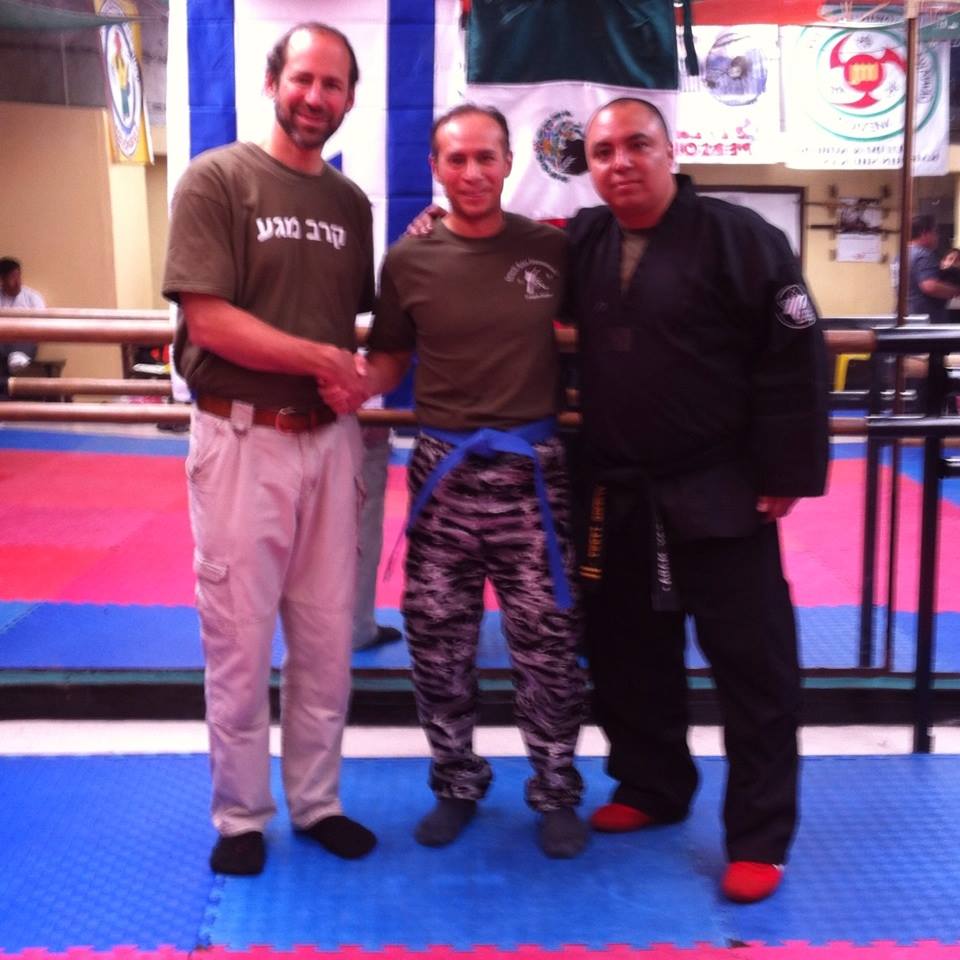 Gustavo has been training for many years with Alberto Labra. In January 2014 Alberto Labra and Moshe Katz promoted him to Apprentice Instructor and Blue Belt.

- Green belt in Ninjutsu under the Dux Ryu Ninjutsu (From Frank W. Dux) - Trained Kick boxing and Muay Thai for about a year 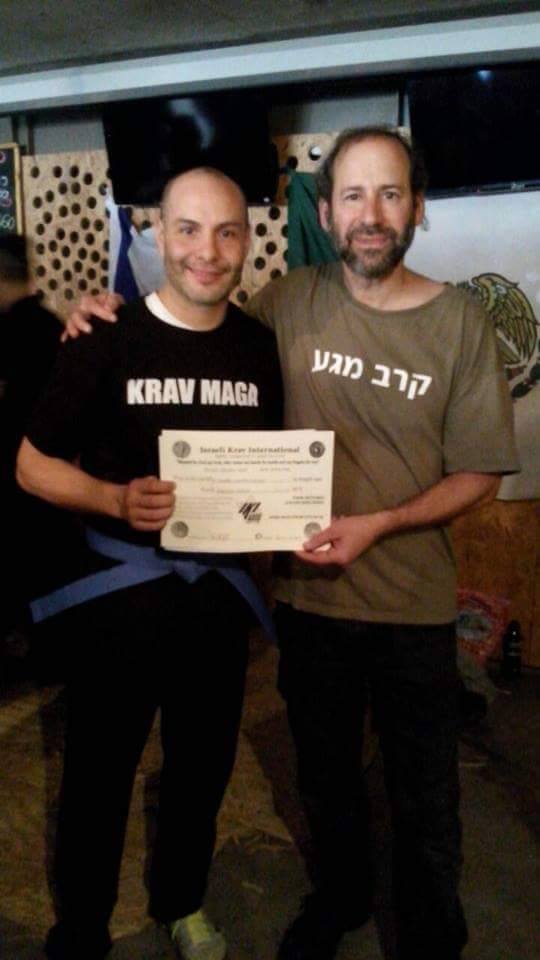 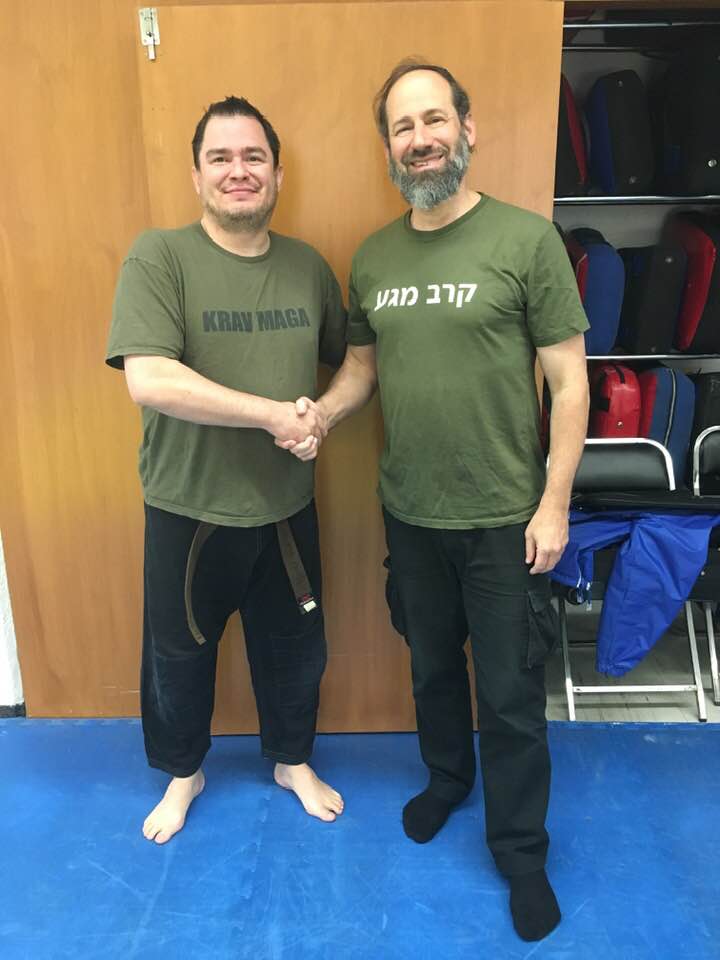 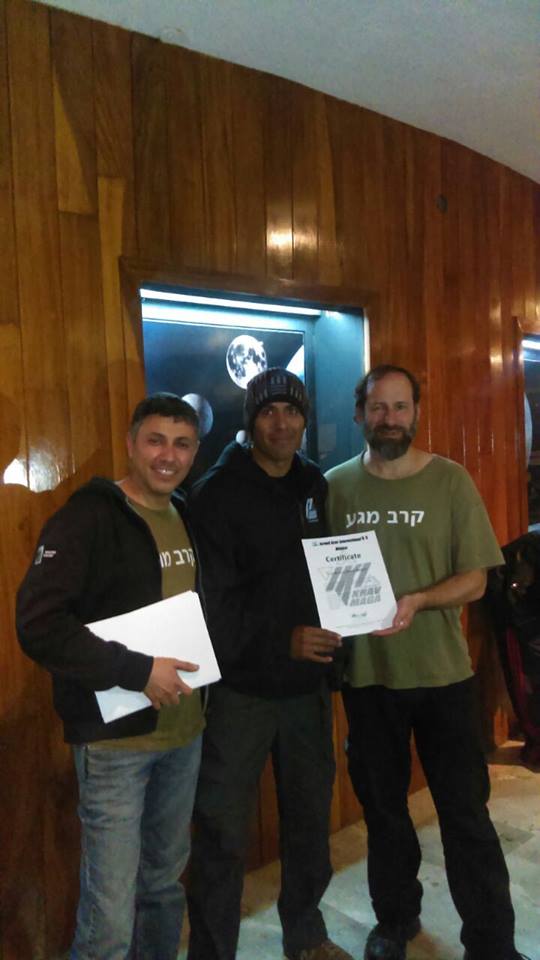 My name is Juan De Jesus Abarca, am thirty eight years old. I was born in Acapulco Guerrero, Mexico in July 20th 1978.

Two weeks later after my birth day, my parents brought me to the state of Michoacan in Lazaro Cardenaz Port. At the age of nine I started in martial arts of self defense,  since I suffered of bullying at that age. Since then I tried different martial arts techniques and styles. I also drove my life in the wrong way; fighting, doing drugs, getting drunk, getting in trouble that didn't concern me.

Until one day, someone sent me to jail for five years. I lost everything I had earned, I went to hell. I learned in the hard way how to appreciate life and be thankful for everything I lost and what I am working hard again as well for my family and friends, after jail I thought it would be a good idea to keep my mind busy training self defense again as a sport.

When I heard from Krav Maga I said, this is for me!!. I always wanted to be a bodyguard, and after four hard training years, when people wouldn't give a penny for me... but thanks to my instructor Cristian and my master Moshe Katz that gave me a chance without knowing me, not judging me at all all . For  them am now working as a bodyguard. Thanks to my parents that me their support even when we live far from each other, to my two great friends and relatives that support me and still do since I was in prison to my son and daughter that were my moter and reason to better person and keep fighting for life for not giving up,  to those that supported me me and finally to Krav Maga, that presented me to people that put their trust on me and I will always be thankful. Thanks IKI and Krav Maga!!!. 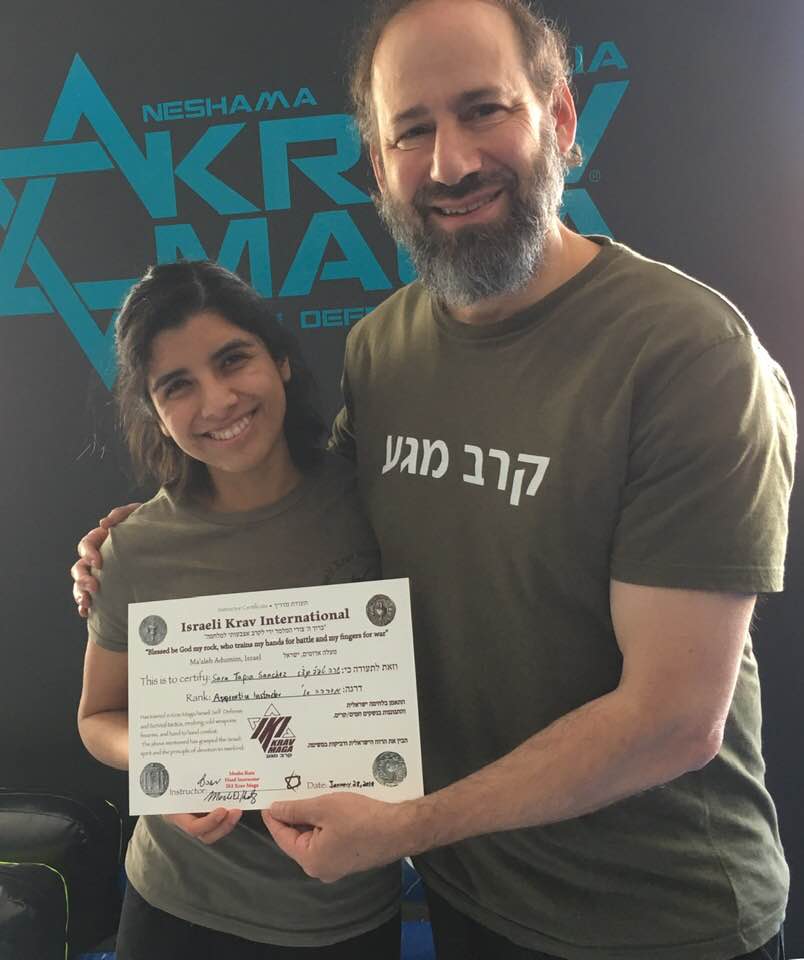 Sara Tapia Sanchez, Morelia, Apprentice Instructor, January 2019. First female IKI instructor in all of Mexico, a patient and outstanding instructor with a kind heart and a glowing soul. 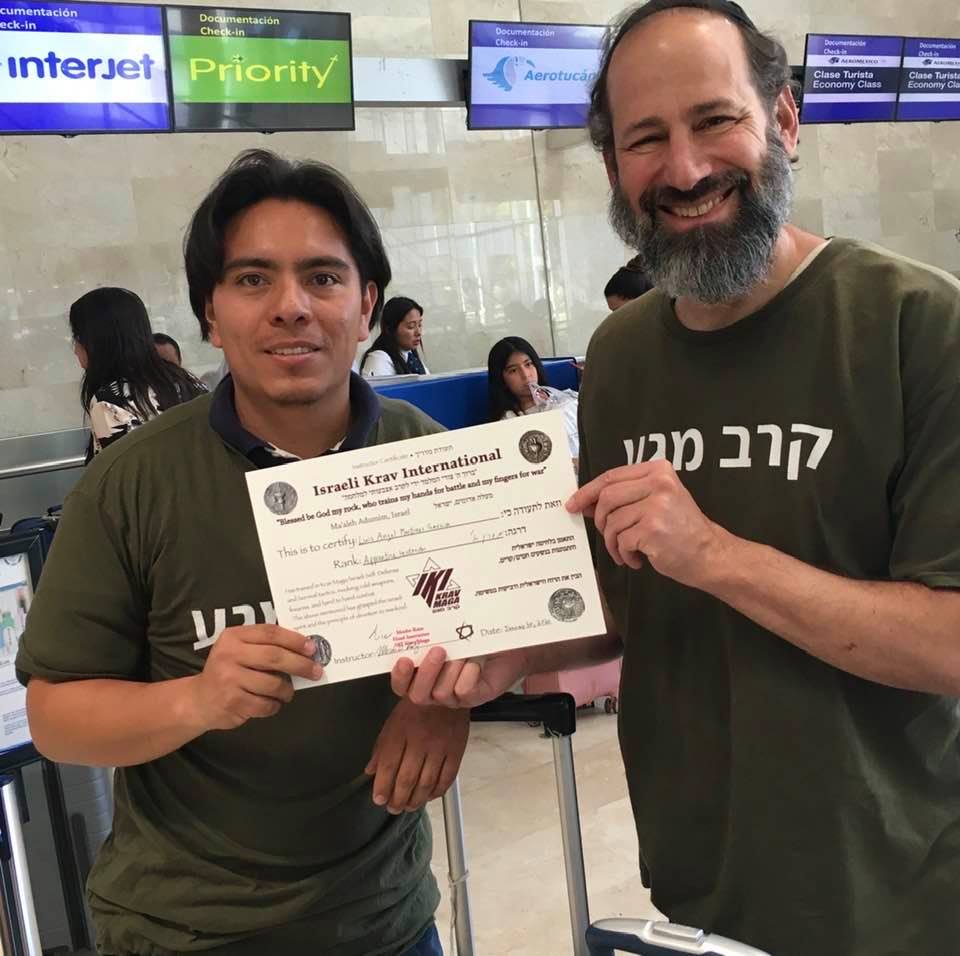