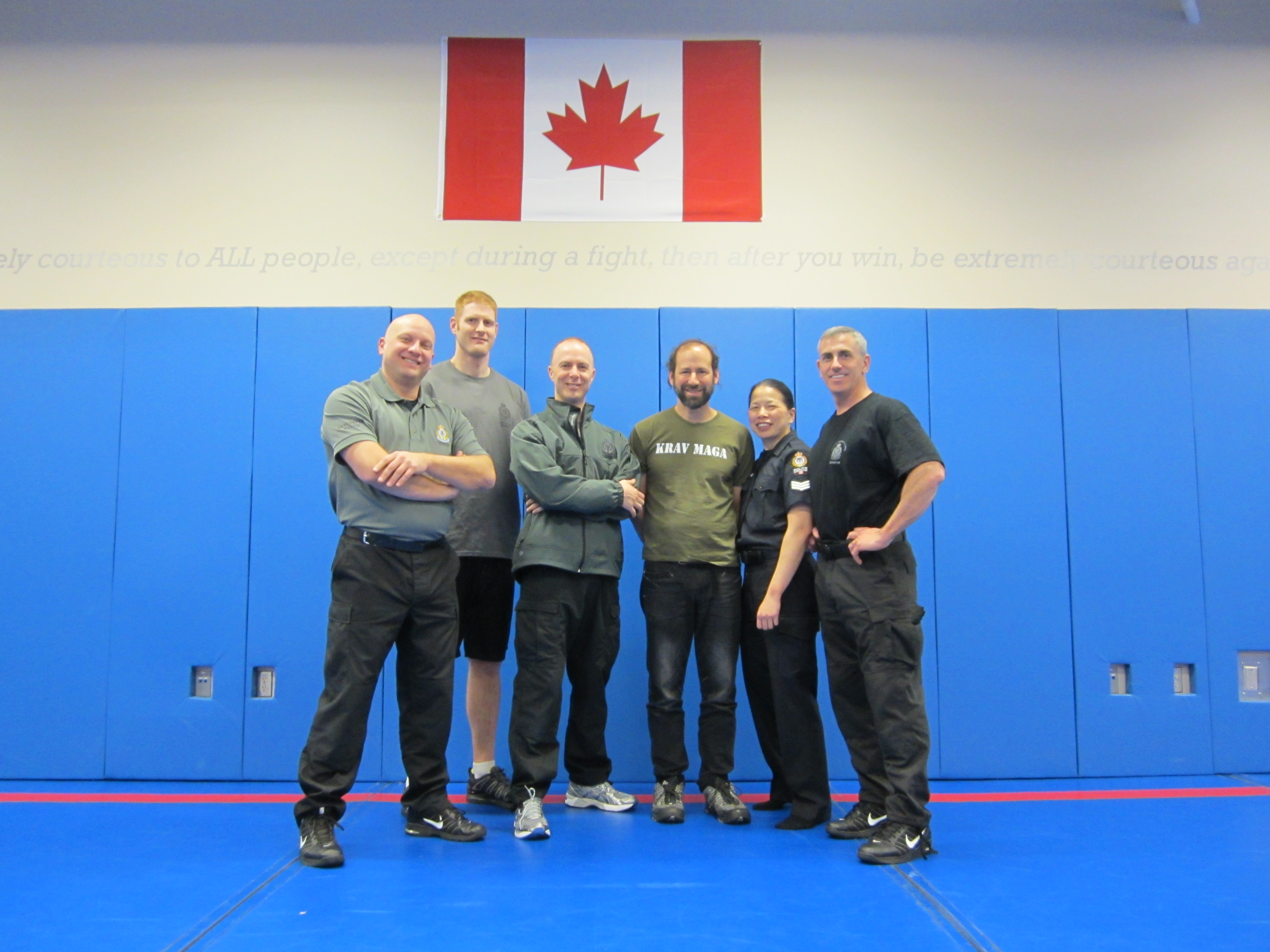 Training the trainers of the Vancouver Police Department

We trust our police officers. We rely upon them. We call them as soon as there is danger. The sight of the boys and girls in blue brings us a sense of comfort and security. The police are here, we are OK now. We trust them with our lives and the lives of our loved ones.

But whom can they trust?

They trust their officers and they trust their trainers. They trust that what they are being taught will save their lives and the lives of others in a moment of truth and violence. But is this trust well founded?

I recall an episode of Law and Order, where a police officer was asked how he disarmed a knife wielding attacker; he responded confidently, "Standard police academy disarm". And yet there was no laugh line as would be expected after a good joke.

I have trained thousands of police officers from all over the world over the past several decades and I can't recall a single instance where one was even above average in his/her self-defense skills. In fact, members of Law Enforcement from police officers, to prison guards, to types of corrections officers have openly confided in me that they have no serious training and feel very insecure. This includes elite police officers, I will not mention specific units.

Most police officers will admit that the above scenario of the "Standard police academy disarm" happens on TV much more than in real life. These officers know that there hand to hand training, knife and gun disarm techniques, are not up to task. They have received insufficient training, from either sub quality teachers or the wrong teachers. The quality of the instruction is often poor and what training they do received is in limited doses as to not permit one to become proficient.  I recall one student, a guard in a maximum security prison, I asked him the name of his company and he replied, "Cheap stingy bastards", (Nevada, USA) i.e. they will not pay for training. Yes, this sounds shocking to us to think that professional guards are not receiving training. I recall another who invited me for a seminar and said, "I am simply tired of getting stabbed and shanked on a regular basis" (Massachusetts, USA)

Those hiring the teachers often cannot tell the right instructor from the wrong instructor. How many police officers have been trained by sports champions in Karate or Judo gis (uniforms)? How many have training in Taekwondo or sport jujitsu or wrestling? How many officers have died attempting to use these irrelevant and impractical sporting techniques?

Training police is a lucrative business and everyone wants a piece of the action (I.e. is simple terms, everyone wants money!)   For the sake of financial gain competitive martial athletes will "Certify" police officers in Street Combatives. But who certified them? An Olympic coach?

My friends, I think of our police officers, many of whom I am honored to call friends, and I think of the stories they have told me. I think of them going into a dark alley pursuing a drug dealer, of having a gun or a knife pulled on them when they are alone with no backup and I feel a great sense of responsibility.

We who are honored to serve as instructors, we who are honored to be part of the extended law enforcement family, must share this responsibility and must feel it deeply. We must not think in terms of dollars and cents but in terms of lives and wives, children and partners, and of common sense. We must accept the load of responsibility and feel the full weight. We must be with them in that dark alley. For it we have not then we have failed them, and ourselves.

An officer wrote to me, "You are a man with a plan; a clear no nonsense impressive assertive plan. You absolutely get the point across that you can be trusted with someone's life."

I had not thought of it in those terms until this was pointed out to me. Yes, I guess it is true. I am a man with a plan. My plan then would be to give the police officers what they need. This is our obligation, to give them the sills and the reality training they need. You guys on the front line, we are your backup team, your support.

I have received a great deal of training but I do not claim to be superman or to have all the answers. I am always seeking to learn more. So I ask for the input of all of you police officers out there, I am always learning from their experience. Our Krav Maga is based on reality, it is based on the experience of real violence around the world.

"Moshe, this is exactly true what you have said. Police are a very hard crowd in reference to reality based martial arts. I am a former police officer in south Florida, former US Marine Infantryman, and a Retired Deputy US Marshal, I worked in Miami, Fort Lauderdale, Honolulu, Las Vegas and Texas.  I have taken away two hand guns and one shotgun that were aimed at me as a police officer. I understand what it feels like to look at the end of those loaded barrels, and understand success in not only surviving but wining.

I see folks teach complete sport drive combat sport programs to cops. It sets the officer up for failure (his/her) in reference to loss of life.

One problem is that a lot of cops believe in their guns as a catch all. As we know that is a false sense of security. Then there is a problem when the officer does try a martial art program that pushes one size fits all (treating cops like civilians) in reference to use of force issues, etc. If the cop sees thru this then (he/she) will stop training. If he/she can not see thru this then they might become a future deceased victim when they attempt to use a sport based technique during a life threatening situation.

IKI is attempting to do the right thing. I am glad to be a part of it"

Have any of us, instructors of officers, encountered every possible type of attack? Certainly not. So we pool our knowledge, we share our information. I could be in the airport waiting for a flight and I strike up a conversation with a fellow passengers and she tells me how she survived a gun being pointed at her outside a pub in New Orleans. I learn from her story; about technique, human nature and the effects of fear and stress.

I meet a police officer or a prison guard; I listen carefully to their stories and try to internalize the information. We can never stop learning.

Adapt the technique to the individual, rather than the other way around

I am not a police officer and will never make such a claim. I have, however, worked with, trained with, and taught many officers in many countries. This interactive experience, coupled with respect for all those that serve, will continue to help us save lives. But it must begin with respect. It must being with understanding. May we always be on guard against the temptations of financial gain and false honor. Walk humbly but carry a big stick, and know how to use it.

Israel: A nation of warriors
our story...

What is life in Israel really like? What makes the people of Israel unique?

How do ordinary citizens cope with terrorism, war,and military obligations?