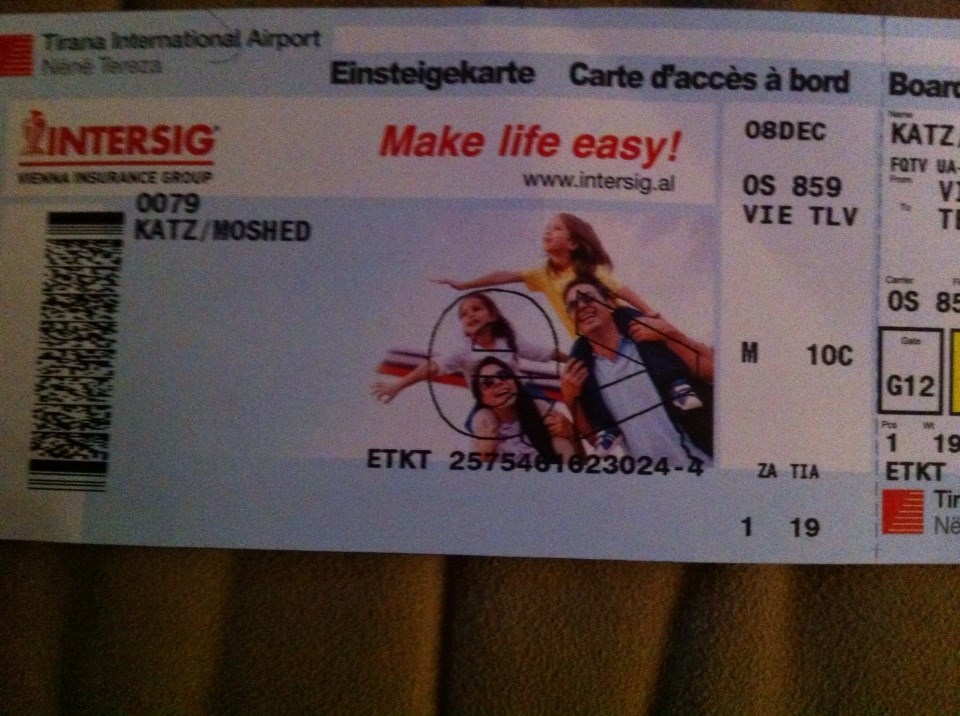 Inspiration is all around us.

Sources for motivation are all around us.

Sources of ideas are all around us.

We just need to open our eyes.

When I was growing up there was terrible bureaucracy in my country. It became the standard joke. If you had to pick up a package from the post office you might as well just take the day off from work.

You would have to see several postal clerks, produce several documents, each one signed and stamped before you could see the next clerk. You should probably bring your birth certificate along because, as we used to say, the document you left at home is the document they are going to insist upon.

But things have changed. They have changed so much that people today cannot imagine how things used to be.

Young people today cannot imagine waiting on line (not on-line like today but actually in a line of people, thus the expression) outside in the cold for 45 minutes to use a pay phone, putting your tokens in the phone as you were having your conversation and then suddenly running out of tokens while you are still speaking, having to run to the store to buy more, if they have.

Things change if we want them them to. I was just in Albania and saw before my very eyes how the city of Tirana is changing. Life is becoming better because someone is trying to make a difference.

I flew home on Austrian Airlines as my beloved El Al does not yet fly to Albania, soon...I hope. As a frequent traveler I am always observing. All airlines essentially offer the same product; a flight, a seat, food. But the difference is in how they present it, how they serve you while you are in their hands, while you are their guest.

I have great appreciation for great service.

I watch the flight attendants, I watch the smile or lack thereof on their faces, I watch how they look at me and how they serve the drinks or the food or how they respond to questions. For I too am in the service industry.

On my boarding card it says..."Make life easy", I believe it is actually an advertisement for an Austrian insurance company.

But as I sat down and enjoyed my coffee, served with an Austrian smile, I let the idea percolate; Make life easy, isn't that what IKI Krav Maga is all about?

Yes, over the past few decades I have studied many martial arts and I have seen all the other styles of Krav Maga and jujitsu but I have not been satisfied. They did not "Make life easy", on the contrary, I found that they made life more difficult and complicated.

They demanded more time, focus, and commitment than most people could give.

They demanded more skill, coordination, and athletics that most people have.

They demanded a warrior attitude that scared off most potential students. And they created an elite class of warriors.

This did not answer the needs of the population.

All over the world we see crime of all sorts. Random crime, home invasions, rape on college campuses, terrorism. And most people will not give the martial arts instructor the time that he demands.

When I was in a band, playing the guitar, I felt it was all about the band. That meant, shut up, sit down and watch me perform.

But sometimes we were just in the background, perhaps it was a wedding or bar mitzvah and really people just wanted to talk. We were told to lower the volume or adjust in some other way. I never liked that

For too many instructors it is about them; you need to fit it to what they want out of you. But this, I believe, is not the correct way to serve the public, and this is not the way of IKI Krav Maga.  The instructor must be attuned to the needs of the students.

We want to help stop violence and crime.

We want to help people live quality lives without fear.

We are seeking individuals who truly care. Our goal is to be welcoming; do not intimidate the students who need our services. Never make fun of a student, never put anyone down; they are all trying their best.

Our instructors must be patient. They must remember that they too would have difficulty learning a new skill.

When watching a student having difficulty learning a simple gun disarm I often imagine myself trying to learn to play the piano, and then I am more tolerant of my student's mistake. What will become natural in a few weeks is still challenging today; please be patient for you too were once a student.

Every kid in Russia speaks Russian, why can't you? are you retarded!

No, but leaning anything new is challenging. We are seeking instructors who have this quality.

I am not looking at your biceps. I don't really care if you are a former world champion or if you claim to have been the bodyguard of the Pope, I care if you have the heart of a teacher.

Many years ago I told my mother about the simple girl who worked near me at the bank. She was uneducated but had worked at the bank for many years.  As a poor woman of middle eastern background she was discriminated against and treated as a simpleton. I explained to her that she was no less than anyone here at the bank, that she was capable of learning the same material as them, she just needed a patient teacher.

That teacher was me.

I explained the banking process to her step by step.

At a certain point she had that look of sheer joy in her eyes, "She's got it!". That glow when you understand something.

I told my mother about this. I admire my mother greatly as an amazing teacher. She still teaches today as a volunteer in our local school system. She comes from a long line of teachers and has received many awards. And of course she was my first teacher and it was she who taught me to read and write English.

I told her this story about the woman in the bank. I will never forget her words, "When you see that look in your student's eyes, that glow of knowing that he/she finally got it, that they are worth something, that is priceless and then you know that you were meant to be a teacher."

And so I discovered, after years of searching, that I was meant to be a teacher.

Today, more than anything else, I am a teacher, a guide. And this is what we are looking for in IKI. We want to have true Krav Maga teachers all around the world who are kind and patient and truly care about their students.

Our system, IKI Krav Maga, is designed to be simple and effective. It does not take years to learn, it does not take great athletic ability, it just takes a willing heart and a little patience. And it takes a patient teacher.

And what you gain will be measured in the lives you save and enrich and the people you help.

The fastest way to progress is to join us for Tour and Train Israel Experience.