Comes a time when we need to clean out the house. Comes a time to take stock of what we really need and what can be thrown out. In Krav Maga this means eliminating unnecessary steps, dropping outdated techniques. In household cleaning it means getting rid of things we no longer need or value.

I eagerly looked forward to it each month and even had a certain ritual of how and when I would read it...until one day I discovered there was nothing new to read.

I discovered it was just another money making gimmick, the guys who bought the big adds were also, coincidentally, the same guys who appeared on the cover of the magazine. There was little concern for what actually worked and what had real value. Ahh...there is no Santa Claus.

As I need the space I began giving away, and then just throwing away, hundreds of magazines, leaving only a handful with sentimental value, (Bruce Lee plus some guys that I know personally).

Yesterday, glancing through a magazine, I identified an advertisement that I actually fell for many years ago.

Living in Israel, far from the "action" and the center of the martial arts world, I always feared I was missing out on something. So I bought many of those video series' that promised to have real knock out power. Nearly all proved to be a dreadful waste of time and money. I soon wizened up. 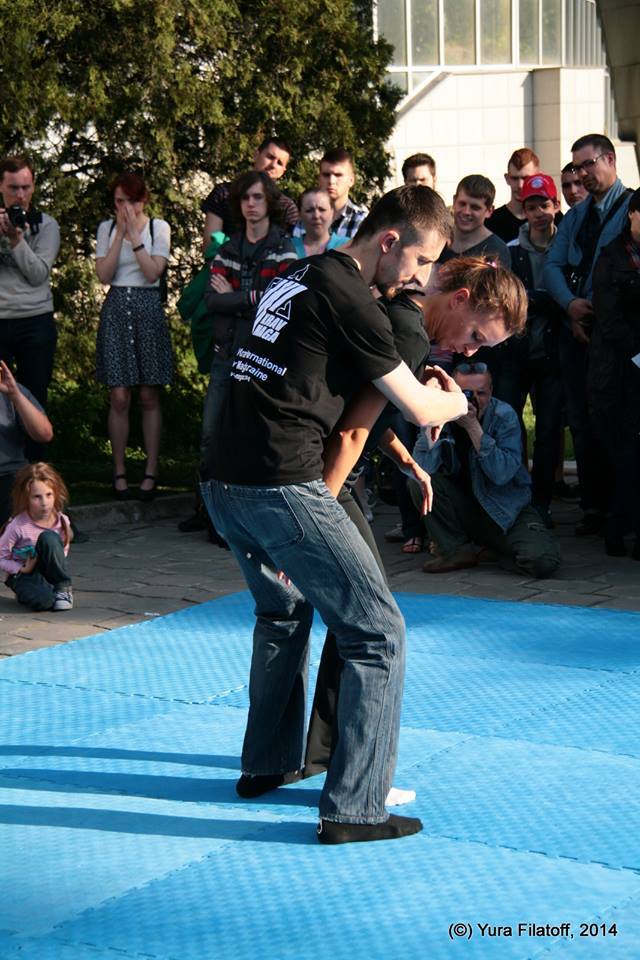 So I noticed this advertisement, "Drop Any Attacker in a Split Second".

Think about what this guy is telling us. Not, "I can teach you some valuable skills", not "I can improve your chance of survival", but "drop any attacker in a split second".

Not, hit a sensitive spot and escape, no, "Drop" the opponent, What a claim!

All this to make a few bucks.

We live in a world of lies, of this there is no doubt. Buyer beware. Be careful whom you trust. Nothing is sacred, there are even those who claim the Holocaust never happened. There are sick liers in this world. But when it comes to survival I think there should be an objective standard by which advertisers should be held accountable.

Doctors and dentists are not allowed to advertise, and thank the Law for that!

Can you imagine, "I will cure you of anything, instantly, right now, just send me a check for...".

Well we do know of people and organizations that make such claims but thankfully they are not doctors.

Yes, it is true that the pharmaceutical companies do advertise, regrettably so, but fortunately many drugs can only be purchased with a doctors' prescription.

Martial arts instructors that claim to be teaching practical self-defense should also be held to certain restrictions about the claims they can make. After all we are also dealing with a matter of life and death.

But let us continue,

"Hurry, offer ends soon", yeah right, they will sell it as long as there is someone willing to buy it. Give me a break.

We will be taught, "astounding skills that will surprise and wow your friends" - No was surprised or wowed, they were only surprised that I was stupid enough to waste money on this.

"Impress your instructor" Yeah, really, trust me my instructor was not the least bit impressed, he got a good laugh out of it though. I must admit, he was smarter than me.

"terrify your opponents" It had absolutely no effect on any opponents, I had to go back to my old training.

At IKI you will never hear...

...Buy our DVD and in one hour of just watching you will be able to "stop any opponent in their tracks" (yes, such claims have been made, I read them).

You will never hear such stupidity as "Buy our video and you will be able to walk alone down dark allies in the worst neighborhoods". (How can any decent human being suggest that to innocent readers?)

What do we claim?

That our system, through regular practice, will improve your chances of survival, that our system has been distilled down to a few simple concepts, that our techniques are easy to learn, easy to remember, and easy to apply. ( and we have had many many success stories of survival in real life violent confrontations).

Ask any of our members, students and instructors, and they will agree.

And I personally stand behind every word I say.