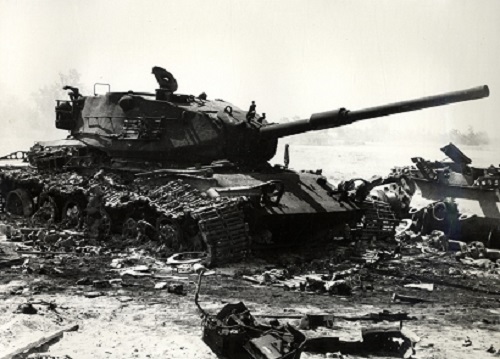 Israeli tank, October 1973, the price of not being mentally prepared.

October 1973, Israel was prepared for war. In fact Israel has been at war since....before anyone can remember. War is a constant but sometimes in between the major wars there are periods of relative quiet. A few rockets, border infiltrations, random terrorists, but...not all out war. Those are the good times.

October 1973, we knew it was coming. Top commanders warned about it. On the morning of October 5, 1973, Benny Peled, air force commander, warns that in one day a war will break out. He was correct.

And yet, Israel was caught totally by surprise.

Israel was caught so badly by surprise that the element of surprise made it difficult to function in the early stages of the war. This had terrible repercussions.

IKI Krav Maga is based on the Israeli experience. What can we learn from this and why is this relevant to your life today?

The surprise was not on the operational level, not on the tactical level, it was on the mental level.

When one is not prepared mentally for an attack then no defense will work.

This is my issue with many forms of martial arts, including the popular styles of Krav Maga. They train technique, they train aggressiveness, they train for "toughness" but they do not train the mind.

They think they do, but really...not.

Because it is not cool, it is not "fun", and it does not draw a crowd.

Check out the videos on youtube,the photos on Facebook. You see sexy girls, well built guys etc. Do you ever see a photo or video of a guy calmly explaining how to cope with the stress of an attack? 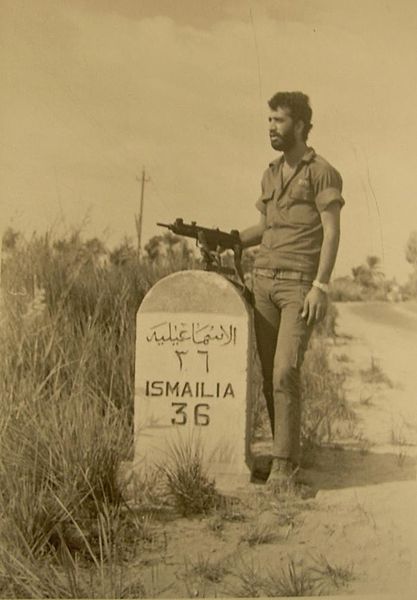 Israeli soldier on the way to Egypt, October 1973

The mentality of self defense begins with the acceptance of the fact that someone wants to hurt you.

Pilots were told there was doing to be a war, but deep down they did not believe it. They did not internalize it. They went out for drinks the night before, they simply did not really believe it.

This is the issue.

You can train self-defense all you want, lift weights, do push ups but if you don't really believe someone wants to hurt it, it will all be pretty useless.

It is not a matter of doing stress drills, running, jumping, whatever. It all begins by accepting the fact that it is possible/likely/certain that you will be attacked. As soon as you accept that - you are at a huge advantage.

In 73' the soldiers were ready, the pilots were ready but they simply did not believe there was going to be a war. They were caught utterly and totally by surprise and the cost was staggering.

There was a refusal to believe that we were at war just as today you refuse to believe that you are at war, that there is someone waiting to rape you, to rob you, to kill you for ten bucks, to take your car, to break in to your home.

You refuse to believe it and so you are mentally unprepared. Your training will not help you, it cannot, you will be caught with your pants down, and you will suffer.