Self Defense: Tell Me Why
By Moshe Katz
CEO
Israeli Krav International

I was just told about a certain self defense instructor who is offering his services to the public, advertising his seminars and claiming to be the best new system around. I decided to check out his videos, to see what all the fuss was about.

You know, sometimes I really hope I will find something new and useful, something that will make me say, "You know, I never thought of that!, that is really good!"

But no, it is always just a different form of disappointment. I watched it with Esther, my student/friend/associate/co-instructor of more than 20 years.

Esther is not only a black belt with me, but one of only two women in the world to ever earn a black belt (second dan) from Itay Gil. On top of that  she is the fitness instructor par excellence with degrees and certifications up to the yazoo. To be honest, when she talks about the body and how it works, even when she analyzes why my techniques work, I have no idea what she is talking about.

Together we watched this video, just the latest in a series of "tough guys", but this one was not from Israel, it was from Australia.

The techniques looked ridiculous, the acting poor. Women in high heels and mini skirts filliping guys over. In one scene a pretty girl sitting on a park bench grabs a guy by the arm and head and turns him over. Esther took a look and said, "I could never do that!"

More than 20 years of training; Krav Maga, Kickboxing, BJJ, fitness, I have seen her submit young men in their prime, but she could not do the techniques in this video. And I ask you, Tell me why people trust this stuff? Why do people actually believe that a regular person could perform this is a real life situation?

Tell me why intelligent people invite these guys for seminars instead of the practical no nonsense survival training we offer at IKI?

The acting in these clips is so obvious, so clear. The bad guys are just waiting to assist with being pummeled and thrown by girls in high heels. The choreography is clear and simple, bad "B" rate late night movie material. And I ask, Tell me why people buy this. Why are people taken in by this??

After the show we see several very attractive young women who are clearly totally overwhelmed by this fantastic new style. They are yacking non-stop about how these guys are the best, totally the best, how they feel so fantastic now that they "know how to defend themselves" and I wonder, who is believing them?

Do they really think that I am buying their silly chatter? Every self-defense and fitness program in the world has these infomercials where "enthusiastic" participates swear that they lost the weight they could never lose before, that they now have the confidence to walk the baddest streets alone at night, and I ask you, Tel me why? Who is so gullible to buy this? 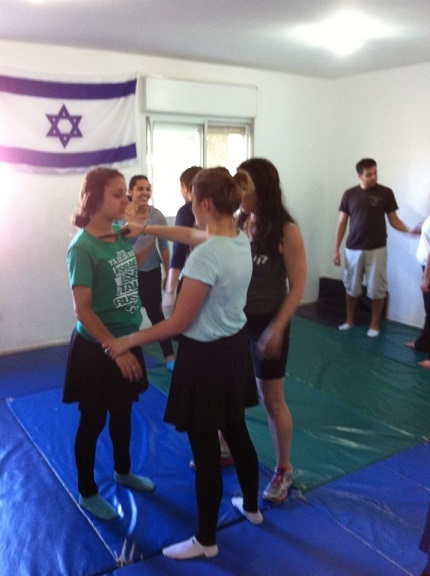 While the girls are made to look all hot and sexy the guys strut around in muscle T shirts bragging about how popular they are, (back to the Stone age I suppose) making absurd claims of being "the fastest growing self defense system in the world". Really? How do they know this? Nobody contacted me to ask how many new schools joined us this year....Brazil, Portugal, Mexico, the Ivory Coast, Romania, Sardegna....No non-partisan non profit organization contacted me for my membership sales.

Esther watched the techniques and said, "Do people really believe that little women can do this stuff? old people, out of shape people? (and that includes about 90% of the population). I would add that even the most fit and best trained are unlikely to pull off these stunts.

I watch these videos, I recognize the techniques as poor versions of jujitsu that I did 25 years ago, techniques that we dismissed over two decades ago as being impractical and useless in a real situation, and I wonder who is buying this?

They have taken old discarded stuff, wrapped it up with some sex and muscle and are promoting it as "new and improved". And I say...Tel why people are falling for this?? 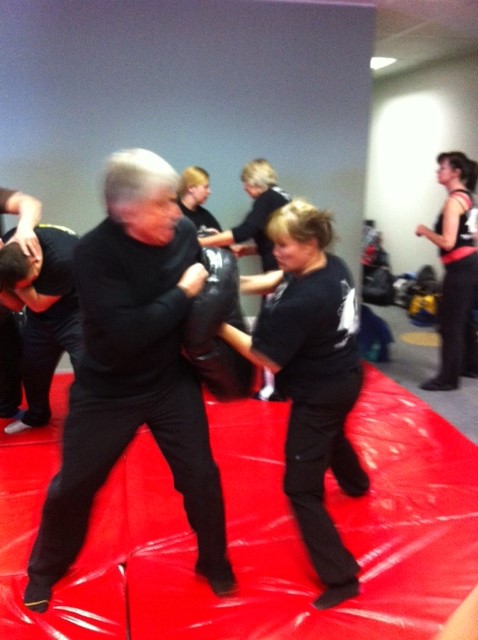 Barry and Jennifer, not super athletes, not in the peak of their youth, not body buildings, yet...able to defend themselves.