Wake Up Call, Loss of Innocence
By Moshe Katz, Israel 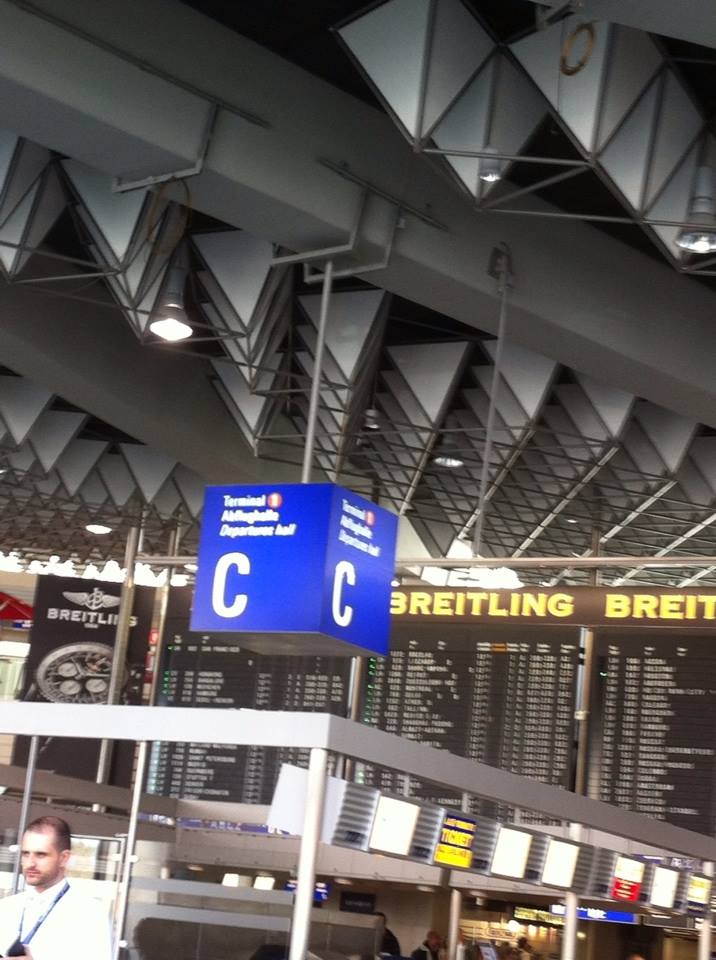 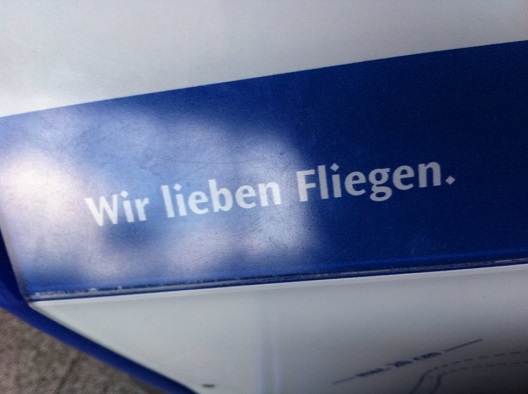 Flying from Oslo to Frankfurt I sat next to a wonderful German man named Gregor. The time flew (no pun intended) as we discussed such pleasant topics as the Shoah (sometimes referred to as the Holocaust), racism, and the nature of hatred.

I could sense he has a truly sweet and sensitive soul, pure kindness.

I am sitting in Frankfurt, Germany. Memories. My late grandfather, Rabbi Isaac Klein of blessed memory, lived here shortly after "The War" along with my grandmother, my mother and my aunts.

My grandfather volunteered for the US Army at the age of 33, he landed with the US forces on DD day. After the war he was asked to serve in Germany as an adviser on the DP problem, Displaced Persons.

"Displaced Persons" is a nice word for "Those whose entire families, communities were murdered, homes and property stolen by the Nazis and by their local neighbors and 'friends'. Those who now found themselves alone, penniless, and stateless."

The Jewish world of Europe, a deep, rich and long history, came to an end, destroyed forever.  One from a family, two from a town... survived, if that many. Some towns had not a single survivor to mourn the dead, to say the prayers...

The man sitting next to me on the plane was kind, so gentle. Es war nett Dich kennen gelernt zu habben. So nice to have met you.

He asked me, as the expert, why is it that people hate?

The answer could fill volumes but yet, there truly is no answer.

I am sitting in Frankfurt, a kipa/yarmulke on my head, clearly identifiable as a Jew. All is well now but I cannot, I will not, I refuse, to forget.

I refuse to forget that there was a time, not so long ago, when this was not possible. When a Jew could not sit in a public cafe here, when a Jew had to be on the run, looking for the next hiding place, trying to guess who would kill him and who might lend a hand.

Years ago when I was in Staathagen with my friend Bernd he told me how shocked he was to find an old photo from the war years, a photo of his town, the streets he walks, but the streets were lined with red banners with Swastikas, in his town!

There are many good people today, but there are also others...

Can people change? Can the world change?

I feel grateful to be sitting here peacefully; it is something I never take for granted. I enjoy a sip of coffee and with me I see those who had nothing to drink, nothing to eat. We are surrounded by plenty.

"Eat your food, there are Jewish children starving in Europe" My grandmother told me mother....

I am sitting here peacefully, all is well now. "He who makes peace in heaven, He shall bring peace to us on earth..."

Gregor asked me if people have changed, if people can change. I am an optimist, I tell him of all the good people I have met through Krav Maga, all the kindness I have felt. Yes, there are many good people today.

But hatred is not dead. Racism is not gone from this world. It is too soon to turn our swords into plowshares, not yet, not anytime soon. We still must train, we must be ready, we must be prepared.

Hatred hides, it waits. "Evil walks beside us". It remains dormant, waiting, waiting, for the right time. It waits for the right climate, a change of wind. It does not die easily.

We the people of this planet must not remain naive and innocent. It is not healthy.

"It was my first encounter with death, let alone the brutal murders I had just witnessed. For the first time in my life I, who had been raised by loving parents who did their best to protect me from all evil, had seen the vicious cruelty that humans are capable of." (Anna, by Anna Podgajecki, page 36)

Human beings are capable of great evil, one day it is the Jews, another day...someone else and some people will shoot you dead for ten dollars. It is better not to be naive, better not to wait to be woken up by the cruel reality of life. In Detroit Adam Munzing tells me that 12 miles from his house is the invisible border at which point your life is not worth much. He has lost three friends to violence. In Norway Morten Wang tells me that ten minutes from where we are peacefully sitting is an area of extreme violence. Best not to be naive.

"'After all we have done for you,' Mother said, 'you dare come here and steal from us? We thought you had come to help us!

...And then the Russian lady, who had pretended to be our friend, came very close to Mother and hissed, 'Idit, why are you crying? It's time for you to wake up from your innocence. What are you complaining about? After all, they will kill you and your children too. Your family will disappear without a trace. You should be happy that it is your 'friend' who is taking these things, instead of common thieves from far away. This way, too, I'll have a souvenir from my 'friends'" (Anna, page 37)

This is not paranoia. This is not exaggerated or unfounded fear. This is the nature of man(un)kind. Do not wait for others to wake you up.

"My parents never complained of discrimination ...instead they talked about honesty and justice and told us that the human race was good and merciful. My parents had always demanded absolute truth from their children, but we had been thrust into a completely different reality. In order to survive we were obliged to lie and cheat and we had to contend with the cruel brutality of others, including people who had once been our friends. I used to ask myself, 'What planet did my parents come from? What kind of education did they give us, which so contradicts our own reality? What type of children did they hope to bring up?'

...They had brought us to the verge of an abyss from which there was no way back". (Anna, page 48)

I believe our education should be one of calm confidence and awareness, not fear and not unfounded innocence that has no place in this world. Make a wrong turn in the wrong town and your life is worthless, and all your concepts of Justice and Good are just as dead.

"'After all, human beings are inherently good' My own parents were unable to imagine cruelty between one man and another. A Jew will never believe in antisemitic rumors, until they personally affect him. Even when this antisemitism takes the form of armed robbery, pogroms and murder, most Jews refuse to be afraid until their own families are involved. Even then, the Jew will try to rationalize things and avoid overreacting". (Anna, page 67)

I agree with Anna, but I believe this problem is not limited to Jews. I believe the vast majority of people feel this way; it is not a problem until it happens to them or a loved one, and then...it is too late.

"I had become conditioned to this Jewish way of thinking. Before World War Two we had plenty of opportunity to learn about events in Germany, the way German Jews were being treated. Later, our town took in refugees, including survivors of German atrocities, who were free with their descriptions. The Jews in our town had plenty of time to run away. And how did the Jews react? By telling each other that the idea of destroying all the Jews is inconceivable. After all, what kind of person is capable of murdering little children?" (Anna, page 67)

I do not ask such questions. I just prepare my response and remain alert. That is just a given, part of life as we know it. And no, I am not in need of anti-depressants, but thanks.

I sit in Starbucks in Frankfurt. The Evil Empire did not come to an end because some psychologist analyzed the root cause of someones' hatred. Only great firepower, greater determination, greater numbers of armed men, tanks and aircraft and ships brought an end to the Evil.

I am fully aware that had it not been for that, I would not be sitting here today.

Will things change?
I cannot answer, but I will allow Anna to answer, she has a right to speak. "People fell on us like vultures on carrion, to build their wealth and happiness on our destruction.

When you are truly serious about training, contact us, but....not before.