Tel Aviv, at the T shirt factory making more IKI Krav Maga T shirts. Red lights flash and there are warnings of bombings. We are all relaxed. Yisrael smiles.."Don't worry Moshe, they have to get through three walls to get us, have a cup of coffee".

We are not dealing with lightweights over here. We are the people of Israel, we have learned to cope with this nonsense.

We hear the news, American born IDF soldier Max Steinberg who died a heroes death, is laid to rest in Jerusalem. 30,000 Israelis show up to pay their respects. What a country! What a nation!

A little while later Gasem the tailor comes up. He sits down for a cup of coffee, lights up a cigarette, he and Yisrael are watching a clip about the war. Nothing unusual other than...Gasem is a Muslim Arab.

But no one cares, he is one of us, he is an Israeli, we all work together. We live in peace. Another guy comes up, speaking Arabic. He is not afraid of us, why should he? Arabs are not mistreated here. (Sorry, but...the plain truth only, this is not the BBC or CNN).

Yes, if Arabs are willing to live with us in peace, they do! We have no problem with them, we live together in peace and harmony, we work together. But show me a Jew who can walk into Gaza and not be killed? Show me a Jew who can walk into any of the hundreds of Arab villages in Israel and not fear for his life. But any Arab fears not to be with us. Yes, in every society there are some crazy imbalanced people. You can be killed in any city on this planet any day of the week. But for an Arab there is no danger to speak of in Israel. 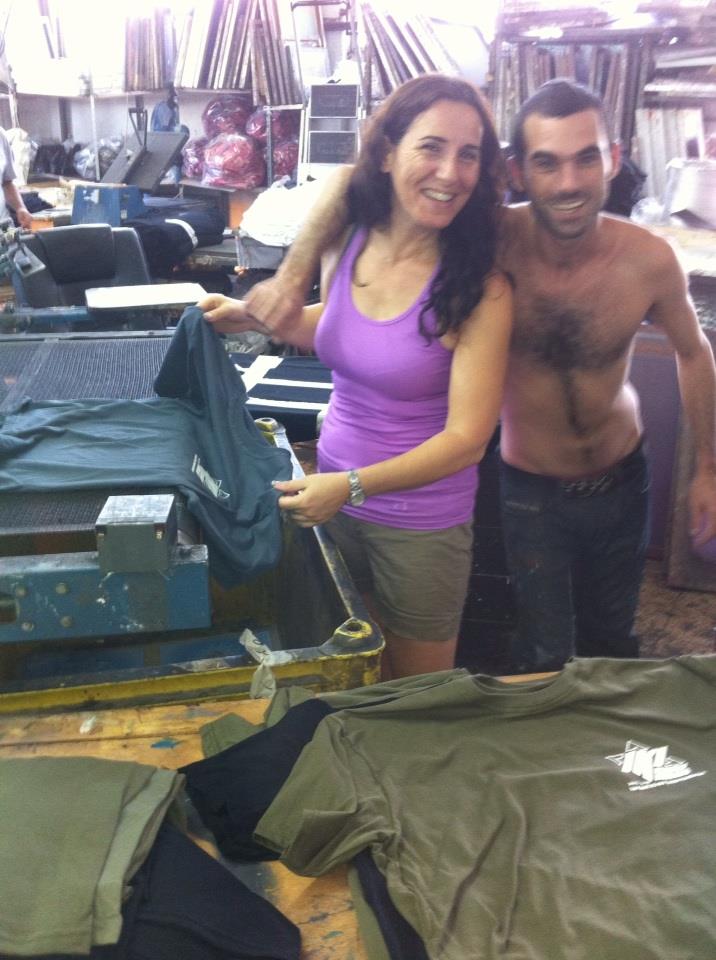 We do not want war. Pure and simple. This conflict is as simple to understand as World War Two. There are good guys and there are bad guys. Choose your side.

All the accusations against Israel are false and can be so proven in a fair court of law.

The Nation is united, with the exception of a handful of traitors. We all share the mood. The radio plays sad songs, war song. I hear..."I promise you my little girl that this will be the very last war". I remember when that song came out, it was 1973. Since then Mika, who was not yet born, has fought in three wars, and has a few more to go.

We want peace, we do not need any outside meddlers to "mediate" for us. We need to defeat our enemies. In every conflict from 1973 onward our allies have prevented us from finishing the job, we pay dearly for this.

And now my nephews and my students go off for war. To paraphrase Bob Dylan, if you can't help us then get out of the way.

Come to Israel - Tour and Train

Show your support for Israel. Join us in Israel for two weeks of intensive Krav Maga training. Come home a different person.