OK, so this is a controversial topic, the age old argument, which martial is better? which is the best?

Let me make something clear: I do not play that game and I will not be drawn into that argument or discussion.  When people ask me which martial art is best I always answer the same way;

"As a Krav Maga instructor you are probably expecting me to say that Krav Maga is the best, and then you will argue with me. But no, I will not say, I will answer your question in typical Jewish fashion, with a question of my own; what are your goals with this training?"

The outcome of your answer, your specific goals, will determine my answer, and that answer might surprise you.

Yes, I teach Krav Maga, I have chosen to specialize in that one particular area. But I have also taught Karate, Kickboxing, Judo and all sorts of Jujitsu. I have respect for all these martial arts and for my many friends who teach them, so you will not draw into an argument over..."Which martial art is the best". 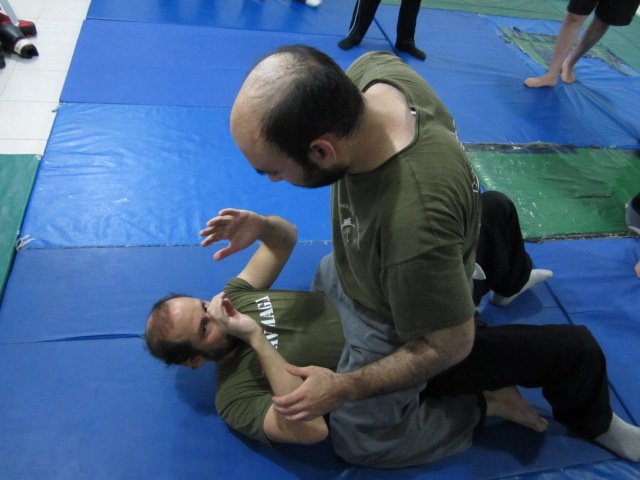 In IKI Krav Maga we deal with violent situations that go to the ground, we stress simple and effective solutions.

Recently one of my members sent me a video of a fight. I am not a fight fan and really do not enjoy watching MMA (Mixed Martial Arts) fights, boxing, etc. (Yes, surprising for an martial arts instructor but I prefer to spend my free time studying the Bible or reading history).

This particular fight was a body building champion vs a high ranked black belt in the art of Brazilian Jujitsu (BJJ). Now we all know that to earn a black belt in BJJ is not the same as earning a black belt in Taekwondo. For one thing you need to be older than 10. And you must really know your stuff and prove yourself on the matt.

Ranks in BJJ do not come easily, there are known as having very tough standards for rank advancement. I respect that and I respect them as competitors. They do not shy away from fights, they do not turn down challenges.

So a powerful muscle man challenged a high ranking BJJ instructor to a fight. The body builder outweighed the BJJ man by 100 pounds.

The fight started slowly. No one was dominating the fight, no one was making little of the other. Eventually the muscle man bulldozed the BJJ man and easily took him to the ground. Wow, that is the BJJ forte, to defend against the take-down, not to be thrown around. And yet the black belt clearly was unable to prevent this.

The commentator, clearly biases, said..."Folks, and here on the ground is where the BJJ men are most comfortable." Yes, but why was the BJJ man not able to prevent the take-down? Why didn't he reverse the attack and take down the body builder?

The body builder was on top, for a heck of a long time, and the BJJ man, despite repeated attempts, could not get him off. The BJJ man could not do the reversal, one of the bread and butter basic techniques of BJJ. The entire point of BJJ is to do the "reversal", get the man off you, get the better position. It is not a good idea to leave a 250 pound body builder on top of you, am I wrong?

So the BJJ man was holding on for dear life. Literally he was just hugging the bigger man in order to prevent him from punching. Yes, this works but it is the lowest level of fighting.  This is not "technique", just holding on to the man to prevent worse damage.

When the BJJ man succeeded in a reversal the body builder just rolled with it and instantly was on top.

Now the body builder had no technique. There was blood everywhere but no victor. Eventually the body builder extended his arm too far the the BJJ man did one of the very basics and staples of his art; the jujigatame, or "arm-bar".

It worked and everyone cheered, BJJ had proven itself once again and the body builder had lost.

That is not what I saw.

Now what if the ground was real and not a patted sports mat?

What if it were pavement with rocks and broken glass on it?

I will tell you what, the BJJ guy would be in a heck of a lot of trouble, maybe even dead upon impact.

What if after the take down the friends of the attacker joined in the fight and kicked the downed man or hit him with a baseball bat. What then?

And what if the person being attacked was not a professional BJJ high ranking black belt, (of which there are very few and only the top ever reach that level)? What if it were a student? a small women who only trains a couple of times per week and is not an expert? What about the little people?

This is not a criticism of BJJ but the answer to why I chose to teach Krav Maga, to focus on Krav Maga. Because I cannot do everything. So I leave the sports to someone else. I have no time for everything, and I focus on one art, the art that will save you when the Sh..t hits the fan. 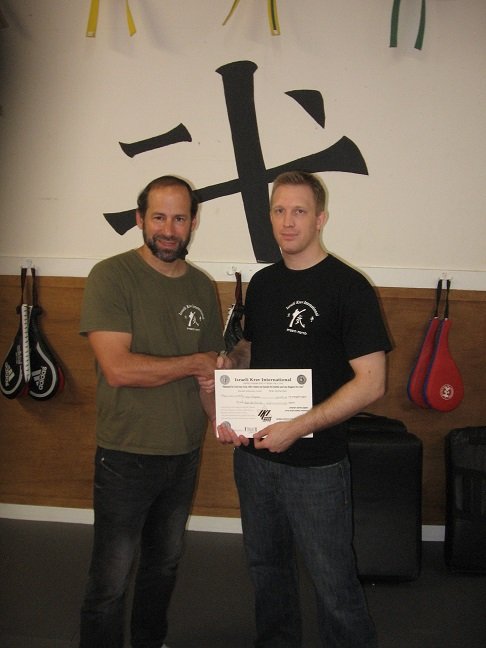 Practitioners of BJJ and other ground fighting styles will often claim that "95% of all fights go to the ground", while there is not a shred of evidence to this claim I do believe that fights can end up on the ground and we all must know how to handle ourselves on the ground.

The solution however, in my opinion, is not fancy joint locks. Our goal is not a "submission", there is no "tap out" on the street. Falling to a hard surface is not an option on the street, and rolling around for twenty minutes looking for a submission is also not a viable option for most people.

I do believe that we should learn some ground techniques but they must follow the practical principles of IKI Krav Maga; Easy to learn, easy to apply in a variety of situations, and easy to remember. Having trained in submission arts for many years I can say that this does not apply to those arts.

In fact I still have numerous notebooks filled with detailed diagrams and explanations for all the locks and progressions and submissions. It is nearly impossible to remember most of this material.

Years ago our logo included the words "Krav Maga, Kickboxing, Jujitsu". We had an international discussion if we at IKI should continue to use that phrase or use only "Krav Maga". One instructor's opinion tipped the balance.

IKI Instructor Sean Stoopman of Virgina is also a highly accomplished Jujitsu man, BJJ. He said to me, "Moshe, what you are teaching these days is no longer BJJ, he is a simplified mode of ground fighting suitable for self defense, you should not call it Jujitsu as it is not proper Jujitsu, you should call it Krav Maga Ground Fighting.

He was right, I was convinced, and that is what we now call it.

This is our approach. Even when you watch these challenge matches, you will rarely see the sweet intricate submissions you learn in the dojo. You will not even see the nice submission I used to see in the "Bushido League" from Japan years ago, where equally trained athletes competed. The most you will ever see in these challenge matches are the most basic, simplest locks, even from the most advanced black belts.

This is not practical for the street.

What we teach is not Brazilian Jujitsu or Japanese Jujitsu. What we teach is Krav Maga Ground Fighting which is a simplified, user friendly version of the above. Our goal is not a submission. We do not intend to roll around for twenty minutes, or ten minutes, controlling a violent aggressive attacker while trying to implement an arm-bar.

Richard Ryan wrote a life changing article years ago. He began along the lines of...I am a trained wrestler, I have been wrestling and winning tournaments since the age of ten. My dad was a wrestler before me and his dad before him. Having said all that I would never go to the ground in real fight.

Honest words from an honest man. The street is not a game. Your attacker respects no rules. Do not use "Association rules" when fighting with him.

As Richard Ryan points out, your goal must be to get up as soon as possible. Do not "roll with him".

I respect him for his words. Of all the tens of thousands of words I read in Black Belt magazine his are among the few that I actually implement in our training. For they are true.

I will not argue which martial art is best. All I care about is what will work on the street, in your home, in a car, on the plane, or wherever some sick bastard chooses to attack you.

I will only use and teach techniques that will get you out of a heap of trouble as soon as possible. We do not play games, we aim to end the confrontation quickly and get back to our lives. Now start training, time is precious.

Come Train with us in Israel

Learn how to defend yourself the Krav Maga way; simple proven methods. Immerse yourself in our training for 10 - 12 days and come out a different person.

Rank testing available at the conclusion of the course. 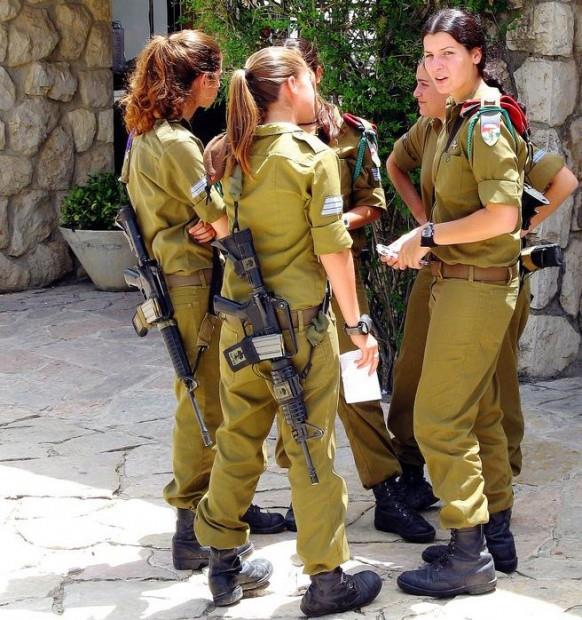 Come hang out with us in Israel. IDF women at Mount Herzl military cemetery. We honor the memory of our fallen heroes.