Bullies exist in all aspects of our lives. They are not only there during our school years, teenage years or childhood years. Some bullies only emerge in adulthood. There are bullies at work and there are family bullies. And they all thrive on one thing; Your uncomfortableness with confrontation.

You see most of us fear confrontation, it is awkward. I know people that will eat a lousy salty overcooked meal at a restaurant rather than confront the waiter and demand an alternative.

We fear confrontation and we fear the reaction of others. We worry what will the other diners think if I complain? How will this look if I say I simply cannot accept this meal?

If you are on a date or at a business lunch this may look really bad. What is the other person thinking of me returning this dried out hamburger?

Returning an item, demanding a refund, or simply telling someone, excuse me but I shall not be spoken to that way, creates an awkward moment.

But it cannot be avoided. Give in once and you fall down the slippery slope of being dominated by a Bully.

Perhaps the greatest Bully of all time was a short ugly Loser, a certain Mr. Adolf Hitler. He was correct on one point; the greater will wins. If you holler at others, refuse to give in, intimidate, raise your voice, make bizarre gestures with your hands, eventually the other side will just want to avoid the conflict and will give in. Not worth fighting about.

Eventually this becomes a pattern and before you know you are being dominated by a bully.

On a physical level, if a Bully tries to hurt you, the answer is simple: Start training in Krav Maga, stand up to him and learn to fight back, blow for blow. But before this you must do two other things;

1. Recognize that this person is a weak Bully. He is all hot air and bravado. A real man would never resort to this sort of behavior.

2. Stand up to this person verbally. Show him that his words and gestures, and facial expression have no impact on you; you are not allowing him to bully you.

Years ago I worked at a bank. It was Friday afternoon and naturally in Israel everyone wants to get home in time to prepare for the Sabbath. I was working as a teller and although the bank was officially closed for half an hour the last customer had just walked out the door.

Just then a manager came by, saw that we lowly tellers were still counting the cash and balancing the books and he yelled at us: C'mon, the Sabbath is approaching, I want go home already!

Everyone lowered their hands in silence and kept working other than one, that would be me.

I stood up, put down my pen (pre computer age) and stared at him directly in the face. He was a Persian fellow, also by the name of Moshe.

I said, excuse me, all the men and women here have been working hard since early this morning. None have gone to relieve themselves, our coffee is sitting here cold, we have been faithfully serving the clientele, and the last one just left a few minutes ago. No one is slacking off here, and we too want to get home to prepare for the Sabbath, no less than you.

He looked at me and yelled: Who on earth are you, new entry level employee to speak back to me!!

Now I don't know who you are, or what level position you hold, but if your position allows you to fire me, go ahead and do so. But let me tell you this, you will never raise your voice at me. There are only two people in this universe who can raise their voices at me, my mother and my father. (who was still alive at the time of the event). No one, but no one, other than them will ever raise their voice at me. This I will not tolerate.

Stand up to the Bully, you have nothing to lose but your fear and inhibition. 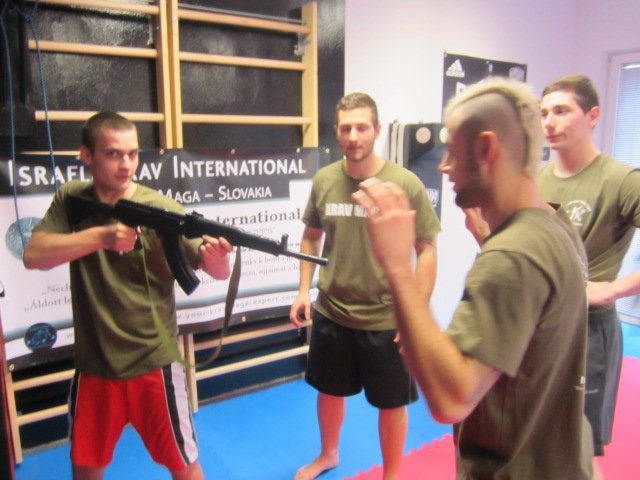