I was recently accused on a local Facebook forum of being "hysterical". Rather insulting, to say the least, as not only do I see myself as the exact opposite of this (calm and clear thinking) but the term is usually ascribed to women (even the historical definition comes from women: hysteria referred to a medical condition thought to be particular to women and caused by disturbances of the uterus (from the Greek ὑστέρα hystera "uterus").

But lets look at the more modern use of the term: "Hysteria, in its colloquial use, describes unmanageable emotional excesses".

Why was I accused of this?

Are my concerns "excesses"?

Earlier this year my home was invaded, I was robbed and suffered terrible damage. Since then the criminals have returned at least three times. Thanks to my home protection and alert neighbors the criminals were unsuccessful.

From what I hear on the street our neighborhood is hit by home robberies about twice per month. For me this is reason for concern. We know who the criminals are, local Arabs, the police have confirmed this and have caught some of them in the past. For this reason the local rabbis have declared this situation one of "life and death" as a robbery can quickly turn into a murder.

My initial measures proved only partially successful. Although the thieves did not get in they certainly showed determination. My defenses were not enough to deter them. They returned again with better tools and a better plan. So I invested even more in my home protection. And of course my Krav Maga training is there in case of a direct confrontation.

As a concerned citizen I want my neighbors to be aware of the situation. I do not want anyone to experience what I, and so many others, have recently experienced. I want a public campaign to raise awareness like they do with driving in America. They have those signs...."134 people killed on this highway", or outside US military basis "23 days with no drunk driving related deaths".

This gets your attention and makes you think. Everyone slows down.

For suggesting this idea a woman referred to me again and again as "hysterical" and causing "panic". Such people are like those Jews who knew what was coming during the Holocaust but "kept things quiet" so as to avoid spreading "hysterics". We all know the results of such clever policies.

Yes, I want people to be scared, to wake up! to take action. That is exactly what I do with Krav Maga. Do not wait until it is your little girl who was raped and murdered and cut up into little pieces. Take action now.

I want people to stop fooling themselves and wake up to reality, before it is too late.

You cannot shut me down with insults.

"I have always thought it was a most valuable trait to recognize reality and not to pursue delusions. But when I now think over my life up to and including the years of imprisonment, there was no period in which I was free of delusory notions." (Inside the Third Reich, Albert Speer, page 291)

Albert Speer wrote those words while serving a twenty year sentence for his participation in the Third Reich of Germany. He describes how easy it was to fool himself, and how everyone reinforced everyone else. 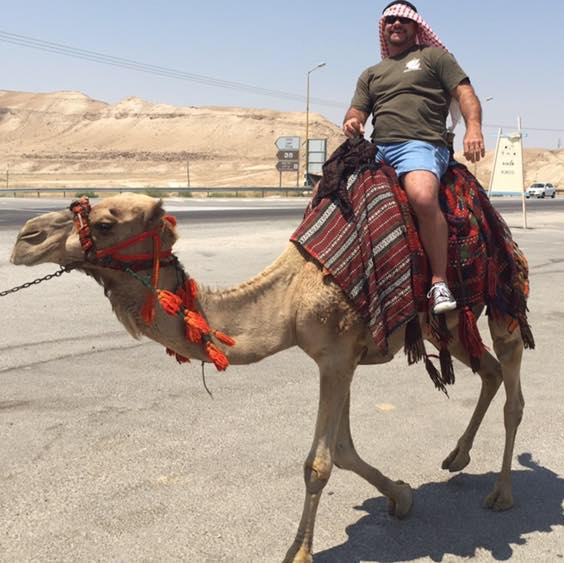 Be hysterical, believe that evil and danger are real. (Just check the news any day of the week, anyplace on earth). Join us in Israel for two weeks that will change your life; IKI Krav Maga Tour and Train Israel Experience.

Make a difference in your life.

Immerse yourself in two weeks of intensive Krav Maga training.

Defense in and around a car.