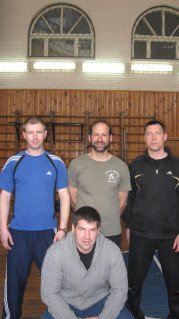 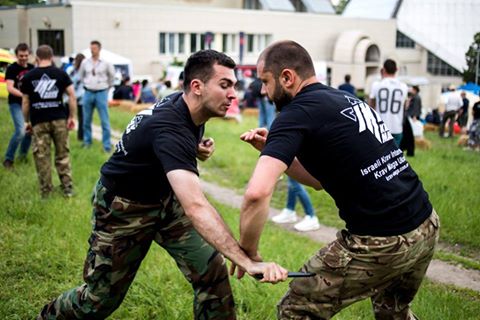 I am going to touch upon a very difficult topic today, I hope I am up to the challenge. With self-defense it is best to demonstrate in person, physically, as well as to explain verbally. However, when distances are involved, or when one wishes to review the idea, the written word is important as well. Thus, many books have been written on martial arts and self-defense. So I will attempt to put my ideas in writing.

The knife attack is one of the most sudden, terrifying, and overwhelming attacks one can experience. Few survive unscathed. Even in Israel, where it is believed every Israeli learns Krav Maga in the military, few if any walk away from a knife attack. Many military veterans, police officers and active soldiers have been stabbed. Some of the attackers were only teenagers, some of them girls. The few Israelis who survived such attacks reported being "totally overwhelmed".

Let us be honest, for this is what our approach is all about; total honesty and transparency. It is a rather huge blow, a mental bruise, to our national ego where a fully armed Israeli border police officer is stabbed to death by an untrained teenager. The papers like to glorify the defense, to give honor to the fallen solider, and as such we hear reports like, "She fought like a lioness, her comrades reported she put up a fierce fight against the terrorist. She was a devoted member of the police force. " But yet, the bottom line is she was killed. And it begs the question, how can we improve?

I will not list my credentials, you can read those online, but I spent decades searching for the best defenses. This involved travel and training with some of the worlds' leading experts as well as purchasing dozens of videos on the topic. More importantly I have had the opportunity to teach in many countries around the world thus testing our techniques with people of all sizes and nationalities. When you train just with the guys in your neighborhood, that is one thing, when you have worked with people all over the world, your perspective changes. Teaching in Russia, in Ukraine, in Kazakhstan, for example, in old gyms where the great Soviet athletes of my youth trained, was indeed a thrill. Being challenged by these rather large and muscular men was a challenge, but thankfully I stood the test. I believe in what I teach.

Now let us address the overhead knife attack, the classic ice pick attack. The first thing we need to establish is the background to the attack. Is this a gang fight? an open confrontation? are you looking at each other, shouting, and then a guy pulls out a knife and you can see that knife? Or are you walking down the street in Tel Aviv and suddenly out of nowhere the knife is in your neck?

Now if you are a in pub and having a fight over something, yelling at each other, and the other guy pulls out a knife, I would say that is not yet the Moment of Commitment. He is trying to intimidate you, but he has not yet committed to the violent act of trying to stab, and potentially kill you. What he has given you is a warning, and I believe any intelligent person would consider this a good time to make a strategic exit. Why stay? What do you have to prove? I quote the words of Richard Ryan, a self-defense expert, "a man (or woman as the term man is used as in mankind) with a bladed object, is your physical superior. I will repeat that, a man with a bladed object is your physical superior."

Regardless of your level of training or expertise, a wise man will walk away from a fight if he can. If he has entered your home, that is a different story, but here you can just leave. What I wish to address is the sudden knife attack that comes without any warning.

You are walking around town, you are more alert than most, you are not looking at your cell phone (suicide machine), you are not listening to music (stairway to heaven...) You are scanning the environment and being politically incorrect and focusing on likely assailants. and then it happens, your worst nightmare comes true, a young muscular man is moving towards you like a locomotive on fire and he has a knife in his hand and a loud guttural sound coming from his inner core. This is your moment of truth, and for most people this will be their last moment of life on this earth.

The IKI Universal Block - Our Universal Block will look to the novice as nothing new and nothing special. As one of our students says, It is the same thing but different. The subtle differences are what make it unique and effective.

The Universal Block is basically lifting up your hands, using a solid fighting stance, one hand forward, the other held a little bit back and "protecting your strike zone". The idea is that we do not know exactly where the attack is coming so we do not offer a "attack specific defense technique". But rather a "universal" block that covers the vast majority of attacks coming to our upper body. (and there are simple ways to also apply this to lower body attacks). For more details, come to class, or contact me.

Now let me get to the actual point of this blog.

There are some schools of thought, and this is a popular Youtube approach, that charge forward into the attacker. Now there are circumstances where this is possible and advisable, as a rule it is not an approach that I advocate teaching as it creates bad habits and illusions. However, we are not "waiting" for the guy to attack, not at all! There is no patient waiting over here at all, we respond as fast as humanly possible. However, in our training, we do allow the attacker to attack, that is how we learn. It is the same as allowing the guy to pull out the gun and point it in our face, in training, thus we can train. In reality if we saw that he had a gun we would not wait for him to draw his weapon. But for training purposes we wait for him to point the gun at us. It is the same with the knife attack, we allow ourselves to be surprised to order to create the most realistic training atmosphere possible.

Let us define our terms again, the Moment of Commitment is the moment where the Attacker begins his attack, but, not really. It is the moment where he has taken action from which he cannot easily change his direction, from which he cannot easily retreat. It is like a baseball player who has begun his home run swing, he can no longer "check" his swing, he must follow through. Thus, once the Attacker has begun his stab and is fully committed physically, we raise our hands in defense. I clarify, at this point he cannot pull back. Now, what if he has not yet taken this commitment, he has raised his hand and has the knife and he is poised to attack/stab but has not crossed the point of no return? In the words of Gavin De Becker, he has not taken an action "from which he cannot easily retreat", and now you Charge forward in "Aggressive Krav Maga fashion".

What can happen is he is able to change direction and stab you as you charge towards him. I have made several videos and vimeo of this and demonstrated it around the world, live and on video. I repeat, If the attacker has not made the total commitment of stabbing, he is still able to retreat his position, i.e. stab in a different direction, while you are charging towards him! However if he has passed the Moment of Commitment, you can raise your arms in the Universal Block.

So at this point why don't we charge in? After all, he has made the total commitment? The answer is that the time gap between the true Moment of Commitment and your Moment of Recognition in reality is so tiny, so miniscule, that there is no time to do anything but raise up your hands. i.e. if you succeeded in raising your hands in the Universal Block this is a huge accomplishment for which you deserve a black belt. But you get a better reward, your life.

thus theoretically at this point you do charge in, but there is so little time that it does look like you are charging in. In fact I often find myself actually taking a step backwards in order to buy myself another split second. But if there is time, you move in as fast as you can, and then you begin your aggressive counterattack.

In reality there is no time to "assess" the situation, only to react. You can only react correctly if you have trained correctly. When the Moment of Commitment begins, your life is seconds away from a potential end. As Gavin De Becker writes, "It is this Moment of Commitment that starts the clock on a critical race between safety and lethality."

This is not a passive approach, it is an intelligent approach. and thankfully it has proven itself all over the world in real-life violent encounters.

I have made an attempt to put this idea into words, I hope I have succeeded in clarifying these points. 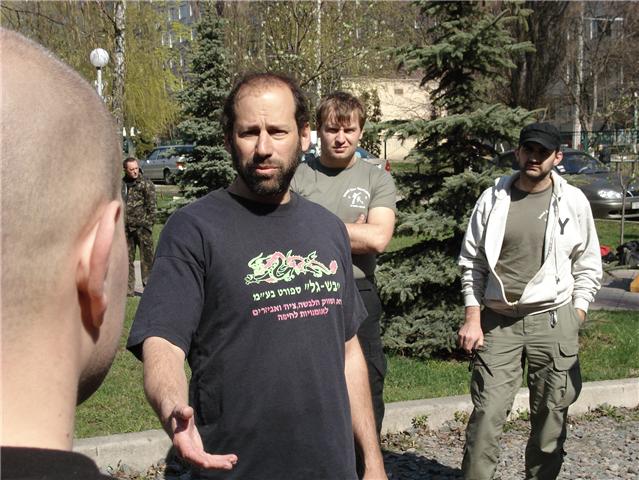