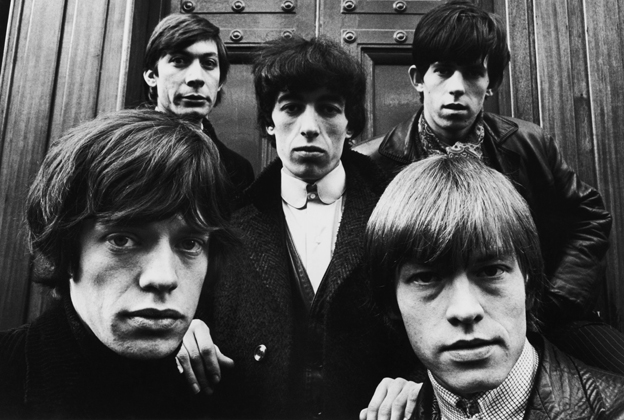 No one awarded them the rank of Rock Legends, they earned it the old fashioned way, hard work.

An interesting and important point has recently come to my attention.

Rank, status, recognition are all important matters in martial arts and in Krav Maga.

Lets face it, we are motivated by belts and honor. Nothing wrong with that. I have analyzed the belt system before.

In fact the belt system exists for two important reasons; Motivation and recognition. We want the next belt/rank, so we train hard to get it. All good.

That is simply how licensing works.

Looking back I see now how these things work sometimes.

Years ago I was part of an Israeli association of Kenpo Jutsu. I brought my students to their tournament. My students worked hard and excelled. However it turned out it was all rigged and certain prestigious clubs "had to win".

These clubs, the "winning clubs" were gold mines for the head instructor, his flagship schools, and he needed for them to go home with the big trophies. Acting otherwise would make no sense business-wise. So they had to win, whether they really won or not.

And the organizer of the event, a very nice man, was awarded his 5th dan black belt at the tournament.

The point here is that the kind gentleman who organized the tournament was "rewarded", not with a plaque, not with a dozen roses but with a new rank, a 5th dan black belt.

The Grand Master made a small speech. He said it did not matter who won or who lost, it only mattered that the tournament took place. I understand now, years later, what his angle was.

Everything else was just part of the business.

I quit that association.

I do not work that way.

Back to the future.

I have heard grievances that people felt their sacrifice and efforts were not "rewarded" by me. Allow me to explain and address this issue.

Lets take a situation that came up. Now to be fair I have come to understand how things work in other associations, so I am not being judgmental, just explaining.

A man flies to another country to attend a seminar. He then proceeds to invite the head instructor to his country for a seminar. He expects to be rewarded in some way.

Later on someone else in his region is promoted ahead of him. The result: He is furious, outraged, feels betrayed and "used".

I do understand that after time, a devoted member or instructor may attend a seminar as a way of supporting a colleague's seminar. This is noble and praiseworthy. i.e. if you are in England and an IKI Krav Maga colleague is hosting their first seminar in Portugal, you may choose to attend for two reasons; to improve your own skills, but also as a show of support for the other instructor.

Yes,  organizing seminars are expensive and involve a great deal of work. If you made that trip to Portugal in order to support a fellow member of the association, that is certainly praiseworthy, but I hope you also feel it is to your benefit.

However if one is expecting to be rewarded for this trip with a rank. No, not with us.

I do not "give" you a rank. I simply recognize your ability. You give yourself that rank.

So if you attended a seminar abroad, great. Then you invite me to your country, terrific. Now if someone in that country tests for a rank, does an outstanding job, proves their skills, what should I do?

First option - Award them the rank they so truly deserve.

Second option - Give the host the rank since that is "good for business" and a nice reward for them flying me in and hosting me. Lets not worry if the individual has skill or not. Perhaps the better the hotel the higher the rank?

Third option -Give both of them a rank.

My job is not easy.

To make my perspective clearer allow me an analogy.

I bring the Rolling Stones to Israel for a concert. (remember it is only an analogy) I make a huge effort. Now while they are here they discover a great local talent, some guy who can really "sing the blues". They bring him up on stage to sing with them and then promise him a record deal.

Shouldn't I be rewarded? I am the one who made the effort.

But the fact remains, the true and sad fact, that...I can't sing.

You can give me a black belt in singing but it will not change the fact that I cannot sing.

Your black belt is not a reward, it is a rank that you earned by training hard.

I flew to the USA for many seminars over the years, I never received any rank for this and never expected any rank. Never even entered my mind.

I brought instructors here for seminars, none of them gave me any rank.

You want a black belt - train hard, there is no other way, not with us, not with IKI.