In my previous blog (Nordau Herzl Krav Maga) I wrote about Lies that we love and protect. Perhaps it was a bit too philosophical for some as it related to abstract thinking Jewish philosophers of the 19th century.

So lets get a little concrete for now, lets hit you over the head with a blunt object,

Lie – The world is a safe place, all is well, there is nothing to worry about, most people are good.

Trick Question – What part of the above statement is true?

Answer: the last part is partially true. The rest is totally false.

“All it takes for evil to succeed is for a few good men to do nothing...” (Edmund Burke)

It is at the point that true heroes emerge. We can define heroes as did Israel Zangwill (1864-1926, Britain), as those who are weak but nonetheless act to overcome that weakness. We are weak, we are in a bad position and yet we take great actions, that makes one a hero.

The majority of people are not bad; they are just lazy and self centered.  They see racism and hatred growing and what do they do? They go shopping or out for dinner. But before they know it they will lose their freedom as tyranny takes over, but than it is too late for most, and then we must rely only upon the few, the brave, the heroes.

Here is a lie; the world is a safe place. Sure, if you live in a really nice neighborhood with professional bad ass cops working private security and beating up any Black, Hispanic, Middle Eastern, Asian person who dares step foot in your town, sure…you will feel pretty safe.

You would never hurt anyone, of course. But you will pay someone to hurt others who pose a threat to you, as long as you do not need to hear the details. So even the idea that you would not hurt anyone is a lie, a fabrication; self-deception. You are hurting others; it is your dollar, peso, rand, pound, ruble, whatever, that is paying the Bad Ass to beat up the intruder. Beat 'em up, keep 'em out, shut 'em up, and I will pay you, just don't tell me about it because then it is difficult for me to accept my lie.

So the world is a safe place?

The recent beheading of a British soldier on British territory in broad day light;

The bombing of the Boston Marathon, an open event, with "security" in a major American city, in broad daylight;

People disappearing all over the world, labeled "Missing" (just check Facebook any day of the week);

Dozens of wars being wages at any give time in the last hundreds of years;

American planes being flown into American buildings by Muslim "Extremists", killing thousands of Americans and totally destroying the symbols of American power, and yet the lie does not die.

And the list goes on and on and on, enough to fill many volumes, but yet, we repeat like a mantra...The world is a safe place…how we love to lie.

Even take the simple example of flying. My friend and fellow IKI Krav Maga instructor Craig Grey gave me as a gift two books about surviving and emergencies. In these books are offered, for example, many tips on taking safety measures during flying.

For example: wear comfortable shoes that you can run with in the event of an emergency – but what do I see on flights? Girls and guys wearing flip flops, or women in high heels!  My God – I feel like yelling at them.

You are flying – take the time to read a book about safety.

If we admit to the truth that overall there is great danger in the world – then we are forced to actually do something about it, and that is too much trouble, so we continue to believe our lies.

True, the odds of you being attacked by a terrorist today is slim. But you know what? The longer you wait the more likely it is to happen.

In the period leading up to and including world war two, people saw Europe and Germany in particular, moving in a very dangerous direction. I have books written in the 1920's discussing these very issues! It was not that difficult to see.

Writers, philosophers, thinkers saw it coming; they wrote about it, but very few read or listened. They were called alarmists, Prophets of Doom.

And when the good people finally woke up, guess what? It was too late and then…it WAS everywhere, and your odds of NOT being effected by it were slim to none. And then people said, "but there was nothing we could do!" (other than heroes..see Kurt Gerstein).

You waited too long to wake up.

You ignore one criminal in your neighborhood, and soon there is a gang, and soon "your" neighborhood is now "owned" by the gangs and even the police are afraid to enter. So you decide to leave but your house has lost all its' value. And then you say…you know what, I will now sign up for Krav Maga lessons, but that is an idea that should have entered your mind a looooong time before this point.

Krav Maga is not only about developing your physical ability to fight back. Krav Maga is all about developing your mind-set to pick up on danger while it is still manageable. Do it now. We must change our way of thinking, or ...just wait, and keep saying, "Everything will be just fine, my government knows what it is doing, no harm will come to me." and click your heels three times for good luck. You will need it.

Invite IKI for a Seminar

Host or attended a seminar.

Come to Israel to Train 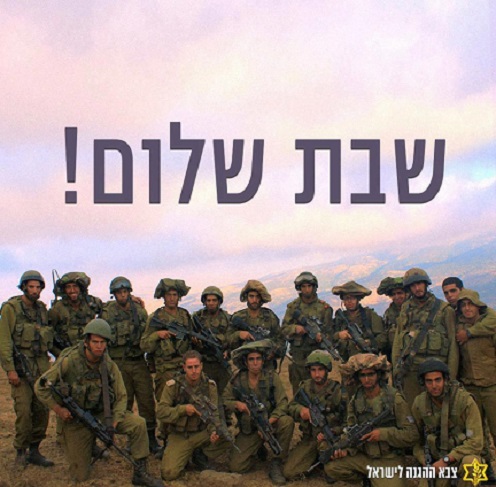 We pray for peace and we fight for peace; Israel Defense Forces. You can have a peaceful Sabbath because our boys are on guard. For the guardian of Israel never sleeps...