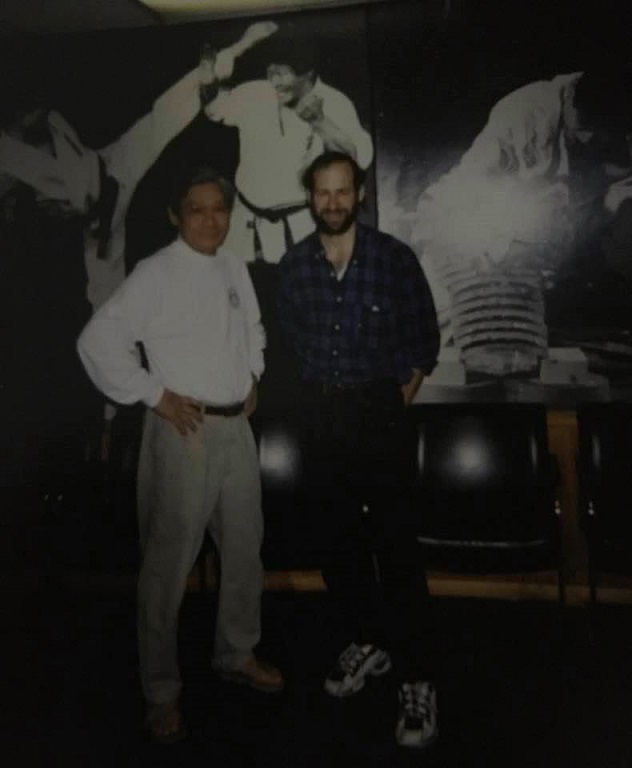 Living in Brooklyn, New York, I remember the cold winters and the hot muggy humid summers. Each morning I would wake up early and take the F train to Manhattan, to the dojo. I dragged my tired sleepy body to the train station on McDonald Ave and took my seat. I still recall the excitement as I walked down West 4th street and saw the big sign Oyama Karate. My steps would become faster as I approached those magical steps to the dojo. I can recall walking up those steeps steps to the second floor and arriving, the locker room, changing into my karate gi (uniform) and beginning my pre-class warm ups. For me it was never boring, each class was a treasure and a challenge. After class I went straight to work on 23rd street. After work it was back to the dojo.

When I returned to Israel I trained in another style, somewhat different, but when I came back to New York I always visited my old dojo and those friends and instructors who were still there. Loyalty and Commitment. 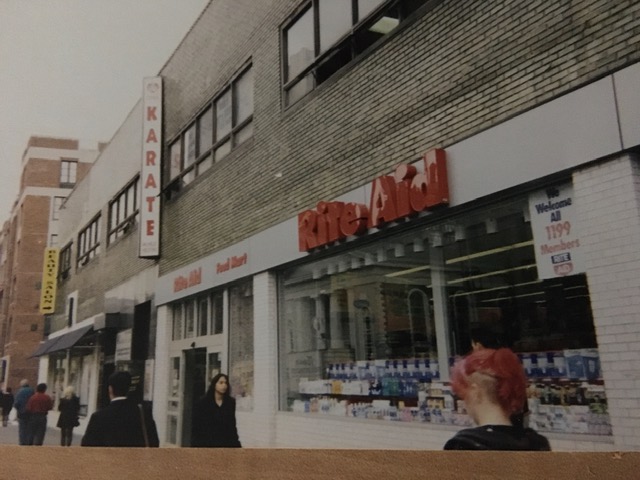 I was always greeted warmly, and head instructor Saiko Shihan Oyama was gracious and friendly. I recall his sweet laughter and his fatherly approach. No longer being in a hurry to get to work, I could linger in the dojo, and on a few occasions I had the privilege of chatting with him and hearing his thoughts on karate, training, and life. He believed in marriage, family, children and passing on traditions. He kindly berated me for not being married. This seemed more important to him than my karate training. This left a powerful impression on me; the great karate master felt that family life is the key to happiness, more than your rank or number of black belts. He was concerned about me as a human being. To him Karate and all martial arts began with heart.

He was eager to establish a presence in Israel and we talked about the possibility. He was interested in my training and my progress. One point he made very clearly to me was about the purity of training and the commitment to training.

He stressed that the first five years of training are considered "the basics"; that until one has earned a black belt he should not even consider himself grounded in the system. Oyama was not against learning more than one martial art, but he was totally opposed to creating a salad, a hodgepodge of systems. He was opposed to beginners creating their own system of training. And by beginners we mean anyone who is not a master. Certainly anyone with less than five years training in a system should not explore other styles.

What he meant was if you chose Kyokushin Karate you should not also be dabbling in Goju ryu, Seido ryu, or Shurin ryu. Of course if you are visiting friends out of town and they train in another style of karate he was not opposed to one participating in a class. On occasion I brought friends from other styles to the dojo, they were welcomed with their own school uniforms and all. I would say that Saiko Shihan was open minded. But he felt that it harmed one's training if a beginner, i.e. anyone with less than five years of training, tried to mix styles, borrow pointers from other styles. He believed in martial arts maturity, and this takes a long time and one's utmost effort.

The Oyama system was, it appears, a blend of traditional and modern, although I do not consider myself an authority on this subject. (and I welcome feedback and corrections from those who know better than I). Although Saiko Shihan was a tall man he felt he needed to adapt his style when he came to America. The Americans, on average, are taller than Japanese. This willingness to adapt is a sign of his open-mindedness. And yet he felt that American were a little too "loose", in many aspects of their lives including karate. He felt a little more sense of tradition and respect was necessary.

Saiko Shihan was not opposed to open tournaments, i.e. more than one style of martial arts, and this was long before the Gracie family came along. He felt that if one is exposed to a variety of styles one learns to adapt one's own style. He did not advocate mixing styles, certainly not by the students themselves but he felt the American instructors had the advantage of being exposed to a greater variety of styles and learned to improve their own style and techniques. He felt that this expose motivated the American instructors to work harder. He felt the Japanese were treating karate more as a religion that was not subject to being updated.

Today as an instructor I can understand this. When you learn more than one approach to Krav Maga you simply become confused. The student is the one who suffers. One never really knows what to do, there are too many conflicting ideas out there. One never can truly master any one system when you are constantly exploring other approaches. Oyama stressed Commitment - Trust your teacher, respect your teacher. While we do not advocate bowing to the teacher at the beginning of each lesson I do appreciate that the respect is essential to proper learning. You are part of a system, so be a part of the system, not  apart from it. If you have questions, you bring those to your teacher. Respect.

Oyama said; you want to learn Judo, great, take five years to learn it. Stick to a style long enough to understand it.

Today I find it amazing that I sat with Saiko Shihan on the locker room bench and had these conversations. This only happened when I returned as a black belt in the Itay Gil system and a certified Israeli instructor. Could I have realized at the time what a privilege this was? Do we ever appreciate what we have?

I nearly came full circle, our instructor in New York City today is Shihan Ervin Velez, who is a champion Karate fighter and a 6th dan in the Oyama system as well as a close confidant of Saiko Shihan, who later became known as Soshu Oyama. (founder of his own system, this happened after I moved to Israel and left the dojo). I was honored that Shihan Velez spoke with Soshu Oyama about his Krav Maga training with IKI and Soshu expressed a great interest in this. In fact they had arranged that at their next meeting Shihan Velez would show Soshu Oyama some IKI Krav Maga techniques. Sadly this never happened as Oyama passed away a few days later. This was February 2016.

I mourn his loss and cherish the memories.

While the style I teach today, IKI Krav Maga, is a modern form of self-defense, it does retain many elements of traditional martial arts and techniques and concepts from Oyama Karate. I have not forgotten my early roots.

The martial arts values of the Oyama system have become a part of me; to be fully dedicated, to train hard, to do your pushups and not complain, to sweat, to bleed, to take a few blows to the head. While we train with caution I do remember with a certain joy my occasional visits to the hospitals in New York City; St. Vincent, St. Luke, Roosevelt Hospital. Oyama believed sweat first, ask questions later.

Loyalty was important; I purchased every new T shirt that came out, every new video, book or magazine. There was an Oyama jacket that I did not purchase, and that I regret to this very day.

Just thinking about those days I become excited, nostalgic and excited. The journey continues.

And as my journey continues I carry with me the memories of friends and instructors who have passed on. Their values, their lessons, their love, are still with me, and this I try to pass on to my students. All men shall pass, but what we pass on to others is our legacy.