With older people they say the short term memory is bad but their long term memory is great. I have met old women who can tell me what dress they wore to a party that took place more than half a century ago but they can't remember why they came downstairs, there must have been a reason but they simply can't remember.

The rest of the population seems to suffer from the reverse.

On March 11, 2011, in the town of Itamar the Fogel family was attacked while asleep in their beds. Five members of the same family were murdered. One of our instructors was among those who interrogated the killers, two local Arabs.

The Arab killers proudly confessed their heroic act of freedom and gladly reenacted the scene. They were excited as they did so. As our friend tells the story he says, "They described how after they left the house they heard the sound of a baby crying. They came back and searched the house and finally found the baby in its bed crying for its mother, now dead. They took the baby and cut its throat".

This is what we are dealing with. These are the kind of "Freedom Fighters" we must contend with. The nation of Israel was in shock. 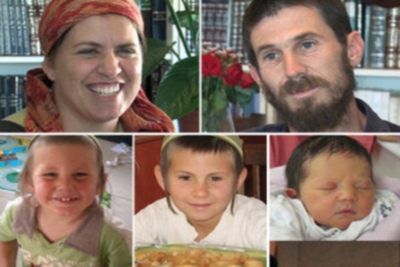 Not long after that, in November 2012, a similar attack took place. And again our brave freedom fighters attacked a family asleep in their beds at 4 am. The man of the house was not home. And yet this time it ended differently. The woman, a mother of four, had been trained in Krav Maga.

The Israeli news reported; (and please excuse the incorrect term "Palestinian" as the correct term is Arab).

"Yael Re'em-Matzpun, a 39-year-old mother of four, is being hailed in Israel as a hero after she fought off a Palestinian terrorist intent on killing her and her children.

The incident occurred early Monday morning when a Palestinian man armed with a metal bar and a knife infiltrated southern Israel and entered the nearby Jewish village of Sde Avraham.

The attacker broke into a random house and found Yael asleep with her two youngest children. Yael's older daughters were asleep in their own room, and her husband, a career army officer, was not home at the time.

Startled by the terrorist, Yael leapt to her feet only to be knocked back down and attacked.

"He threw me on the bed and jumped on me with the knife," Yael told Israel's Yediot Ahronot newspaper. "I thought to myself that now I was going to experience what it was like to be stabbed, like all those people I had heard about on the news."

It is important to remember that Yael's two younger children were in the bed with her while this was happening, watching a man attack and stab their mother.

Yael said she struggled hard, knowing that if she surrendered her children would be next." 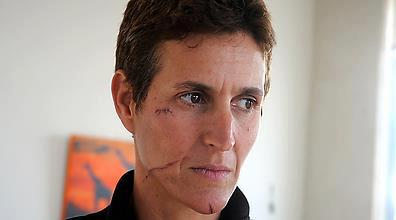 Yael of Israel, after the attack. Those scars are beauty marks and signs of her love for her children.
Love your children as she does. 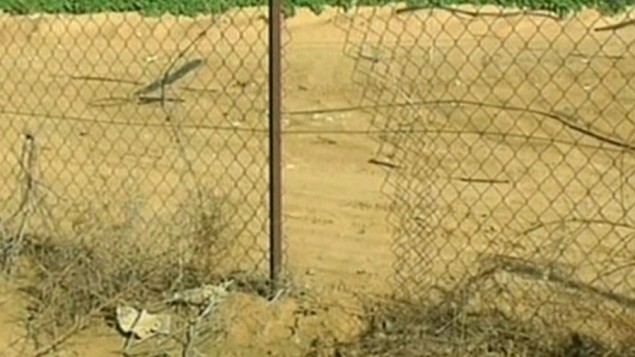 This is the "security" fence that was meant to protect the residents of Yael's town. Hmm....And that is how the terrorist got in. Not very difficult.

After the Sde Avraham incident, many were inspired. I was contacted to teach Krav Maga to a new group of women. I was hesitant. Lets go back to the lessons from Karate Kid.

Daniel: Yeah, I guess so.

Miyagi: [sighs] Daniel-san, must talk. [they both kneel]

Miyagi: Get squish just like grape. Here, karate, same thing. Either you karate do "yes" or karate do "no." You karate do "guess so," [makes squish gesture]

IKI Krav Maga follows the values of traditional Karate, there must be a commitment.

So allow me to remind you. Allow me to bring up unpleasant memories.

Yael, like the Biblical heroine of the same name, fought back. Like our Biblical ancestors she has fighting spirit. And for this reason her children are alive!

They are alive because she fought back. Otherwise there is no doubt they would have ended up like the Fogel children, dead.

Are you still too busy to train?

Do you still have a few other things that are more important? If so please look at the faces of the Fogel children, now dead. Look at them and see the faces of your own children in those faces. Are your children protected?

Who is protecting you? Who? The police? Think again.

The pain fades, the shock fades and the inspiration fades. And we sink back into our ordinary lives.

I know the feeling. When I was a student at the Oyama dojo in New York I felt it too. I would wake up at 5 am knowing that I had to get to the dojo. I knew I had a full day of work ahead, followed by college, followed by yeshiva studies.

I lay in bed, warm and cozy, while outside it was snowing. I remember it well. And as I lay in bed I said to myself, "Moshe!! Do you want to be a black belt or do you want to sleep? If you give in now to the comfort of your bed how will you feel at the end of the day?"

And I pulled my tired body out of bed and I got dressed and walked out into the snow and walked to the subway and took the F train to the dojo. And I was happy.

Yes, there will always be other things that need to be taken care of. That is why only 2-6 out of every 1,000 students will ever reach black belt. Because other things get in the way.

I have a friend who lost a lot of weight. She has a great trick to keeping it off. She has a photo of herself looking very fat, it is smack on the front of her refrigerator. When she goes for "just a little snack" she sees this and reconsiders.

Perhaps you should have a photo of the Fogel children on your door and the children of Yael on another door, and ask yourself; which would I prefer, dead or alive?

Some will tell me I am using "scare tactics" to motivate students. No. I am taking the blinders off your eyes. Yes, the truth, it hurts.

True, this is not the way people like it these days, it makes people feel bad. "Tell me sweet little lies".

But I will not lie to you or to myself. Love your children, give them a good loving home, a great education, and train them and yourself in Krav Maga.

I can say no more.

Israel: A Nation of Warriors
eBook

Biblical inspiration for the warrior of today.