We are getting ready for our November Tour and Train session, which of course will take place as planned starting November 9, 2014. One of the participants just wrote me asking me to confirm that in fact we are still on.

The question made me laugh.

We do not cancel events in Israel, certainly not for a few rockets or a little war. We are tougher than that. As I was reading his letter the words of "Tiny State" (or "Little State") came to mind...

Wars, Tragedies, pass on the side
We are in ourselves
And all we have
is always subject to being erased

The song was written when I was a child by our good friend Danny Sanderson, leader of the legendary Israeli rock band "Caveret".

The band is known for the clever comic relief and funny lyrics. They are not at all a political band and if anything some of the members are well known for the Left wing views. This is not a radical right wing band, but yet...

In a place quite far away, quite close to here.
We gathered ourselves
We brought our friends
And we did not see who or what

In the North, in the South or in the Center
We rented some sky
tears brought water
We opened a new country

In the midst of all their clever funny songs somehow this little song of subtle nationalism crept in. It is not a political statement, just as what I write is not political, it is simply a statement of who we are. It is simply stating that we wish to live, and as such, will always be in conflict with our enemies, who do not wish for us to live. Thus we have conflicting goals and a never ending conflict.

As the song says, we came from far away, the lands of our dispersion, to here. We tried to be quiet about it, we are not looking for trouble or to upset anyone. All we want is a little bit of sky. Our tears from two millennium of European and Middle Eastern persecution provided enough water.

A tiny country, trying to avoid trouble
You will not find the address
it is hidden well inside a box
in such a harsh world it is not good to stand out
We shall hide here and ever come out.

And as the songs says....wars, tragedies, they pass us by, and we continue. So yes, all our Krav Maga courses are on schedule. 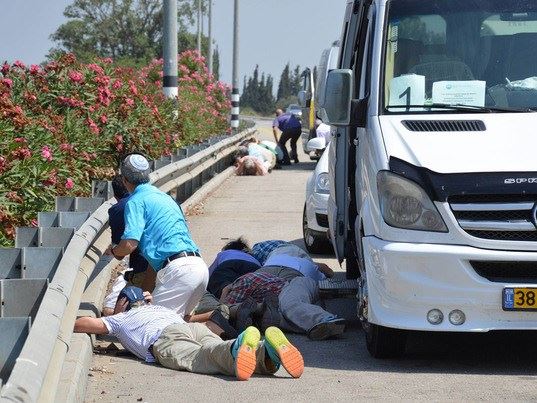 Israelis following a well practiced routine, upon hearing a siren, calmly get out of your car and lied down with your legs closed at the side of the road. And then....we continue on our journey. 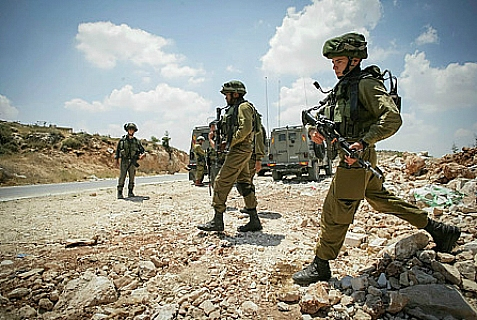 We live with the enemy within us, and we are prepared.