Growing up in Israel my favorite Israeli band was of course "Caveret"(Beehive), affectionally known as "Poogy" based on the character Poogy who appears in their songs (and the nickname of their drummer, Meir "Poogy" Fenigstein. There is a phrase in one of their hit songs, "mi siporei Poogy efshar lilmod, From the songs of Poogy tales one can learn." And indeed this is very true.

Danny Sanderson, the leader of the band and the main composer (words and music), lived in our community. His parents, Hayim and Reena of blessed memory, were friends of my parents and fellow immigrants from the the USA. When Danny was in his teens, the family moved back to the USA for a few years. It was during this time that his guitar playing and music was influenced by American rock and roll as well as of course that of the Beatles. He returned to Israel and changed Israeli rock forever. Today he is considered a legend and a pillar of Israeli music and culture. 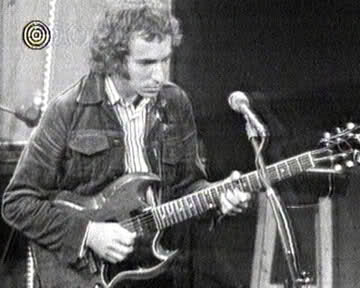 I still recall seeing his dad, Hayim, in our local synagogue, and his mom at the supermarket or at the doctor's office. His mom always felt that a university education would get Danny further than his music dreams. Danny and the entire band have since become icons of Israeli music.

The years have passed, the long hair has been replaced with thinning short hair, his wife has passed away from cancer and his dear parents recently passed away as well. But the aging rocker is still a boy at heart. As one of his songs says, "Yeled Mizdaken..." A boy growing old.

On a recent El Al flight I was flipping through the usually not terribly exciting in-flight magazine, Atmosphere, when I found an interview with none-other than our old neighbor. Turns out he recently turned 61, and I still recall when he just finished his military service and was jamming in the basement with his friends, dreaming his dreams.

He says he has now reached his "Minimalism stage", and here we begin our connection and lesson for our Krav Maga students. "From Poogy tales one can learn..."

"This has not been an easy year for the eternal child of the Israeli rock scene..., he has decided to stop accumulating success and start erasing backwards."

"My parents passed away recently", he tells, "My sister and I emptied out their apartment and found a huge quantity of unclear objects, matchboxes from long gone restaurants, hundreds of pens that no longer write, gas bills from 1958 and in general, a stack of 'essential' assets. This made me think; we accumulate and become attached to excess, unnecessary property, during our lives. And then this thought popped into my head that especially now the most important key in our lives is not 'Enter' but 'Delete'."

Sanderson, the aging boy rocker, points out that "travel is easier with light baggage." "So I empty our closets and throw things out. It is not always simple, the separation is difficult: a little caress - and into the trash can. I emptied out a huge recording studio in my house, gave stuff away, and left myself with a basic recording device, pen and notebook, a guitar - the four basic food groups."

Danny was asked if his priorities have changed? " Without a doubt".

His quick hierarchy is - his family, after that "my guitar...by the way in every room in the house I have a guitar and reading glasses, it saves me a lot of time.", and food. (he likes to dine out).

What popped into my mind as I as sitting on the plane, enjoying the El Al service, my mind wandering between the past, the present and the future, were the implications for IKI Krav Maga and the direction we are taking. We have gone off on our own, sometimes into uncharted territory, we have taken old techniques, which had become like old friends, given them "a little caress and thrown them in the trash can."

We have become Krav Maga minimalists; reducing everything down to the most basic, most instinctive moves. We are not hung up on the past, on lineage or historic techniques from the 1950s. We are looking to the future and trying to "travel light". As Danny points out the travel is easier with lighter luggage. I guess that is why El Al just started charging extra fees for a second bag. By the way, Danny's father used to work for El Al, for years I carried around his business card, my dad said if you ever get in trouble, pull out Mr. Sandersons' business cards and everything will be OK. 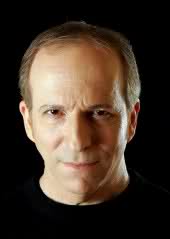 Yeled Mizdaken  a child growing old. I still recall standing outside our home, early 1970's, and Danny's first hit was playing on the radio, "Baruch's Boots", my dear mom was hanging up the laundry an commented, "How nice, they are playing the Sanderson's boy's song."

How fast the years pass...

It has been nearly a full decade, ten years, since I wrote this blog. It is one that has stuck with me. I recall when I read about the Sanderson's on the plane, thinking, I will tell my mom about her friends, that both Hayim and Reena passed away. She remembered them well. Now the years have passed and I am close to the age that Danny was when I wrote this, and now I too had to go through the painful process of clearing out my parent's home.

As I was doing so I was reminded of this article, picking up objects that meant so much to her, little odds and ends, a little caress, a hug, and into the trash. (We gave away thousands of items, that thankfully were useful to others, we helped out many people with her belongings. Even in her death she was helping others, as she had for so many years).

So now it was my turn, as my mother would say whenever she heard of the passing of a friend, "The time of our class has come". i.e. it is our turn to die.

As Danny wrote, the pain of separation is very great, the objects are symbols of the person we lost. Giving away her handbag, her hats, is letting go of her. Her time has come. The loss is difficult to comprehend, how is it that we will never see our loved one again? How is it that we shall not hear their voice again? The human mind cannot easily absorb this.

Words escape me as I am at a loss to understand this loss. I write for myself and I write for others. Several dear friends have suffered the loss of their mothers this year. There is nothing that can lessen the pain we feel.

Photographs and memories, as the poet wrote, that is all we have left, we cannot reclaim the past. A candle has gone out. A light has been extinguished. May we find comfort.