In many Krav Maga videos (of other organizations) you see the following scenes:

Someone is grabbed from behind, the defender grabs the attackers arm with one hand and with the other repeatedly strikes backwards at the attacker. The attacker grimaces in great pain.Next the defender does some looping motion and wraps up the attacker for a take out lunch.

I can go on and on with such examples. Youtube is full of them, and the public loves it. This is the standard Krav Maga.

We reject this. Why?

Let us start with our first scenario, only now we will be realistic.

So most likely this attempted defense of grabbing the attackers arm, by reaching back, will result in total failure. The attacker will choke our defender, pull her back and do as he pleases.

But, lets imagine for a moment that the defender actually succeeded in grabbing the attackers' arm. She grabs the arm and then hits, backwards, at the attackers groin. But the hits are weak, they are backwards, they are unlikely to cause any damage or harm to a determined attacker/rapist. They might miss the target or be too weak to have any real impact. In addition while one hand is hitting this means that only one hand is controlling the attackers arm!

Think about this for a moment. There is an arm around your neck! That arm belongs to a strong determined man who wants to choke you. But instead of grabbing that arm with both your arms, no, you have chosen voluntarily to relinquish one arm and use it to hit the guy. Now in the videos the guy is standing still while taking the backwards punches, but in reality he will quickly adjust his stance, move a little and pull the woman into a sleeper choke, It is goodnight baby.

Now to our next video scene, the knife threat.

Again, God has given us two hands and...a brain. So the attacker places the knife against the defender's neck. In the video the defender grabs the knife hand with the left hand and proceeds with a series of strikes. In reality BEFORE the defender gets off a single strike the attacker will pull back his knife arm, slicing the defender in the process and have his knife ready for a very violent ending. (we have tested this all over the world with the best of the best).

So the defender is busy trying to get a punch in while only holding the attacker with the left arm, very weak.

So now you have the cool video version and the gruesome real life version, which is less popular.

Our style is less popular because we spend less time hitting. With the choke we control the attackers arm, so that he does NOT choke us, and we use our body leverage to get out safely.

With the knife threat we do strike but use it as a way to move in quickly to control his knife arm so that he cannot pull away.

Want to see how exactly? join IKI. We will not show this on YourTube. Sorry, save that for the ego maniacs.

IKI Training
because you deserve to live

On Line Training and IKI Membership - Never be left behind. Never be caught doing yesterday's Krav Maga or "Commercial Krav Maga". Learn the real deal directly from Israel to your home computer.

DVD - Easy to follow, step by step DVDs from Israel 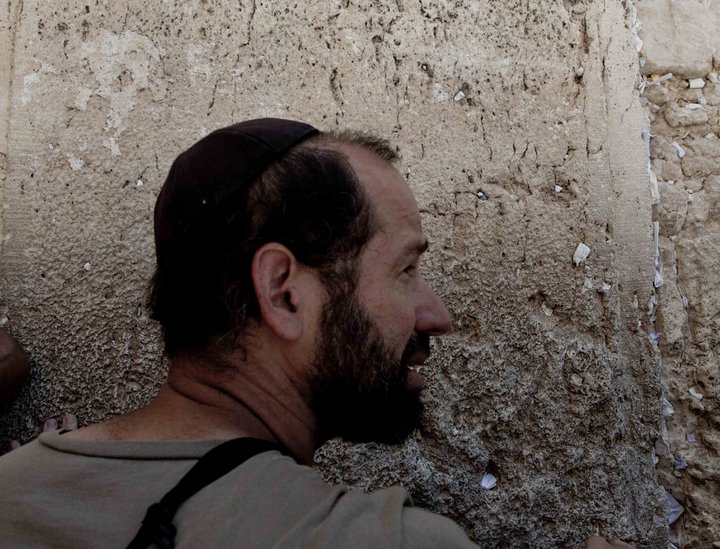 The author, Moshe Katz, at the Western Wall, we believe in LIFE.

Available on Amazon and Create Space