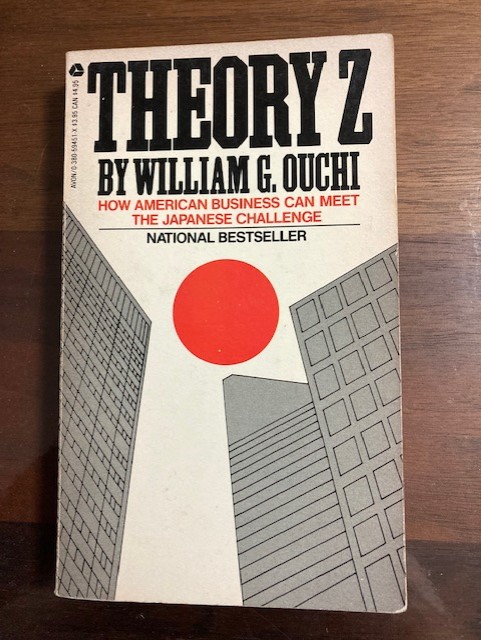 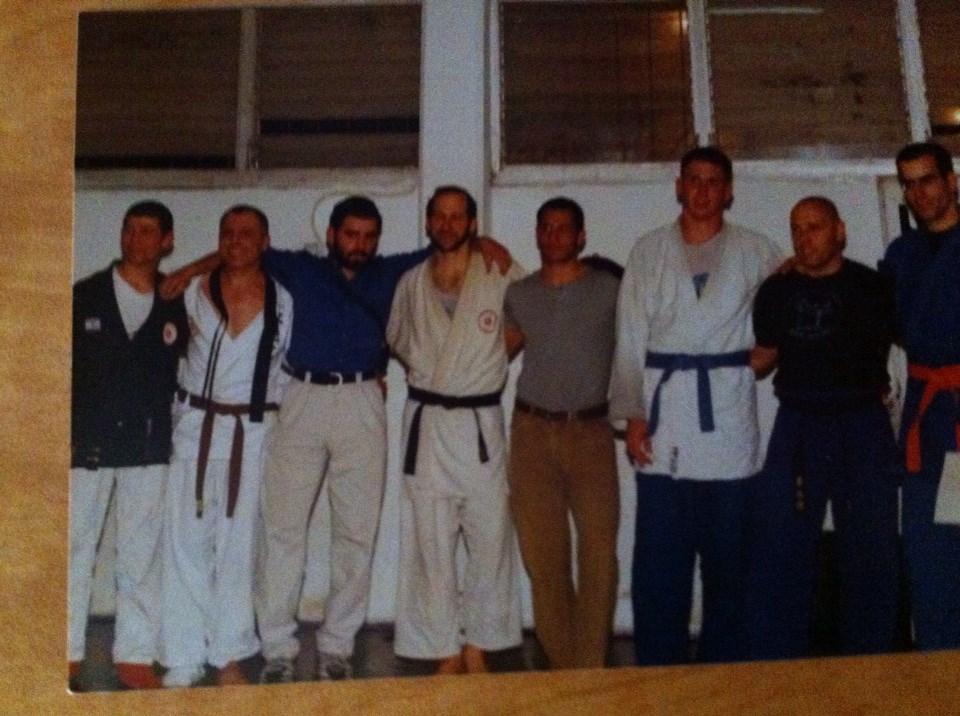 1980's, Bernard Baruch College. Working on my Master in Business Administration and thinking of my career in the Corporate world. Well, that did not last long but the lessons I learned do have applications for Krav Maga, schools and associations.

America was in a period of decline while Japan was on the rise. In the dojo our Japanese instructors saw this as a vindication of the Japanese culture and ethic. "Americans lazy, Japanese work hard. Americans take elevator, Japanese run up the stairs." I trained hard in the dojo and studied hard at school. I did not imagine at that time that my career would be in martial arts. Life takes funny and unexpected turns.

The Japanese model was all the rage. We are back in the 1980's. The Karate Kid movies, great music, Saturday Night Live and John Belushi, good times. And at college we believed that we were the next generation of innovators. We were going to build the future.

We studied a book called "Theory Z", or Theory Z How American Business Can Meet the Japanese Challenge (came out in 1981). The book, written by Professor William Ouchi, and the discussion had a great impact on me. It has been many years but I have not forgotten this book. We took a look at Japanese corporations, we took a look with an Open Mind, like Tanaka advocates in Blood Sport. The Americans had the humility to realize that something was very wrong in the American approach and it was time to learn from the Japanese. America was in a drastic decline while Japan was known for the highest productivity in the world.

The idea was reaching decisions by consensus rather than by a "Boss" dictating policy. The idea was to involve the workers in the business, make them feel important, make them part of the process. The idea was unity that leads to loyalty that leads to a better work environment that leads to productivity that leads and a better life for everyone. We discussed partnership, group work, harmony, and feeling that you are a part of the corporation rather than an employee. These were aspects of Japanese society and culture that were lacking in the American atmosphere of dog eat dog competitiveness. We were taught that in Japanese society people work in teams and come to a solution together, and therefore the Japanese show a high level of enthusiasm for their jobs and their work.

There was one story our professor told us that truly impacted my life. He said on one occasion Japanese workers found reason to strike. But at the end of the protest they got down and cleaned up every last piece of garbage, every placard, they left the building spotless. And when asked why, they responded, What do you mean why? This is our company.

Listen to those words, it is our company. This is where we work, yes, we are protesting about a perceived injustice but this is within the family, it is our company and we care about it. We are not going to trash the place.

Now to the 1990's. I am back in Israel. I am training three times per week, three lessons per day at the dojo of Itay Gil. I am the first to arrive, I am the last to leave. I arrive early and sweep the floor. No, this is not some legend from Japan or a fake story, you can ask him. I bought the mat for the shower. Whatever was needed, I did. It is no wonder that I am his top student of all time. And when Itay was called in for the Reserves, I taught the class. When he was out of the country, I along with two others rotated and taught the class. and we paid full price! This is the Japanese model, it is OUR dojo.

When a new student came in, I greeted him. I recall one student who upon discovering by chance that I am not an "employee" of the school, came over to apologize. I asked why, what was the apology for? He said he never would have taken up so much of my time had he known that I was a paying student, just like him. I said, that is fine, this is my school, and I care about it. If the school fails, where will I train?

I need the school and so I invest in the school. I never looked at it as "Itay's business, so why should I care", never. It is our school, all of us. If we want the school to survive, we invest in it. Remember the Japanese employees cleaning up after the protest. It is our corporation.

and today I am head of our association, IKI, Israeli Krav International, and I see the different types. there are many who are like I was, they view this as their association and they are happy to help when they can. Years ago one of our members in Michigan printed the decals for our DVDs and sent them to me. He refused to pay, even though I am the one making money off the DVDs. He said he believed in IKI and this was his small contribution. I cannot argue with him. I share his philosophy.

I recall a valuable lesson, look at things from the other side. So if I were a member I would want my organization to succeed and thrive and move forward. I guess JFK said it best, ask not what your country can do for you, ask what you can for your country. And then, your country will be able to do a lot more for you. We are all in this together.  We are stronger together.

Our logo, use it with pride.