Life is full of harsh wake up calls. And we need them.

Some people enjoy living a life of illusions, believing the myths they have created. A visit to Fantasy Island can do us some good but ultimately our fate is to live this life, with all its harsh realities.

The first time we hear a recording of our own voice is undoubtedly disappointing. Do I really sound like that? Can that be me!

When we go to college, or our kid goes to school, and we do not hear the words, "genius! best student in the class", we are dissapointed.

Life is full of disappointments.Myths crash on the shores of reality.

We have an ego, and in most cases we have an inflated idea of our abilities.

I recall a great Seinfeld episode in which Elaine was having trouble succeeding with a guy. She turns to Jerry and she says, "Is it possible that I am not as good looking as I think I am?"

And of course Jerry nods in agreement.

Yes, it is difficult being ordinary. (from the film Amadeus) 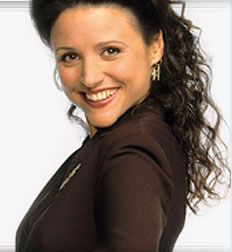 Am I as good looking as I think I am?

As instructors our egos tend to become inflated, we tend to fall into the Teachers Trap and believe that we are "all powerful".

Our students admire us and come to believe that we have all the answers, we cannot fail, we are all knowing. But this is not true.

The Japanese term says it best, Sen - sei, "one who came before". We are on the same path as our students, we are only on it a little bit longer. We came before you but we are not inherently different or better than you.

We are also in the learning process. And we must never forget that.

I train with my students. We grow together. They share my successes as well as my temporary failures. The path to success if paved with failures.

Today I saw an amazing report, something I never could have imagined.

Average Male 4,000% Less Effective In Fights Than They Imagine

Yes, who would have thought such a report existed.

and yes, it is a real ego buster, for some.

Basically many guys think their fighting skills will take good care of them in the event of a real life altercation. They can "teach someone a lesson" if they need to. They can protect the honor of their woman etc.

And yet studies show that they are about 4,000% off the mark. In other words their skills are nowhere near where they think they are.

“Despite the typical American male’s conviction that he would viciously beat down anyone who came at him and end the whole thing with one punch, we found that in the event of an actual violent altercation, most adult men would almost certainly injure themselves far worse than any assailant,” read the 80-page report, which went on to confirm that nearly all American males would be unable to execute a single maneuver they envision themselves capable of performing, be it an uppercut, a roundhouse, or grabbing an opponent by the back of the neck and smashing his face down into the bar.

...over 75 percent of confrontations instead  end with panicked apologies or pleas to be let out of a headlock.

Wow. Talk about a blow to the ego.

And yet martial arts instructor are just as guilty. They tend to truly believe that once they have earned a black belt or a title they are truly great.

This is simply not true.

We are all still in the learning process so lets be a little more humble. Lets not be afraid of looking bad. Lets admit that sometimes we get it wrong and we are still searching.

Lets admit we are human, with all the human frailties.

Even the greatest boxing champion gets beaten up pretty badly.

Humility is always our safest defense.

Pride comes before a fall. Let us not be too proud.

Train in Israel at The Source
Tour and Train Israel Experience

Allow yourself to be a student again!

Train with others from all over the world. Try new approaches and techniques, Start with the basics and build up your skills, step by step.