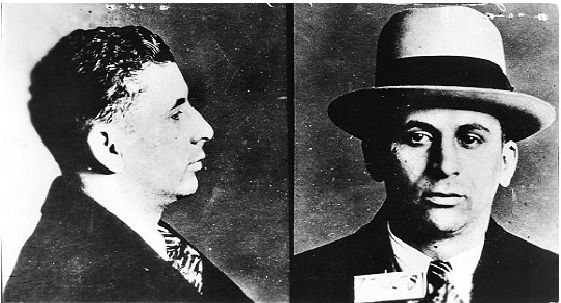 A man is measured by his word. What is it worth?

My father told me that you keep your word, you honor your word. This may seem like stating the obvious but many "new philosophies" do not honor this approach. "Things change" they say, and so booked seminars are cancelled, deals sealed with an handshake or a letter, are ignored, promises are broken, and a man's word is no longer enough.

Sadly, even among law abiding citizens today that is surely lacking.

"Amid the the strongmen and murderers who fought the Prohibition gangster wars only one mob boss built his crime empire on the strength of his word.

"A hand shake from Meyer Lansky was worth more than the strongest contract that a battery of lawyers could put together."

"the very image of humility and modesty"

These words come from government agents who fought organized crime. What do your enemies say about you?

As a Jew he experienced firsthand what it meant to be weak. He saw and experienced the anti Jewish Pogroms, massacres. He followed a young Jew who advocated resistance, running to the forests and learning self defense. This had a great impact on young Meyer.

And yet, it is said he never killed a man, he used his wits to outsmart others, his wits and his honor. And his word!

In 1911, he emigrated to the United States through the port of Odessa, and settled on the Lower East Side of Manhattan, New York. Half a million poor Jewish, Italian and Irish immigrants called this home, and life was very harsh.

Meyer was drawn into the street life.  He was ripped off in gambling games, he was poor, ashamed, small, he did not want to be in that situation. He resolved to move ahead any way he could. He soon met tough Jewish guys, Starkers, and tough Italians.

Lansky had a great gift for numbers. He started organizing his own gambling business. This remained his main business.

Later on it was written about him:

"There was also an absolute rule of integrity concerning the games and wagers made within their establishments. Lansky's "carpet joints" in Florida and elsewhere were never "clip-joints" where gamblers were unsure of whether or not the games were rigged against them. Lansky ensured that the staff actually consisted of men of high integrity."

Lansky's success was built on a reputation of honesty, yes, in the criminal world. The gangsters of those years felt they were providing services that were not immoral; drinking, gambling, women etc, but outside the law of the time. Today most of those activities are in fact legal in many places.

Lansky was also involved in illegal liquor during the age of Prohibition. In 1921 Lansky met Arnold "The Brain" Rothstein at a bar mitzvah and was recruited into the operation.

World War Two - The rise of Nazi Germany brought back painful memories of the Pogroms in Russia. Meyer sent his "goons" to break up Nazi rallies in New York. Lansky, together with Lucky Luciano who was in prison, at the urging of the US Navy also made sure the docks were safe from German spies and saboteurs. Yes, Lansky was a mobster but in times of need he was there for his country and for his people.

Israel - Lansky played an active role in the establishment of the State of Israel; holding fund raising events, stopping shipment of arms to Arabs and rerouting them to Israel. He greatly admired the new state and its people.

Cuba - Gambling was legal in Cuba but the gambling industry was corrupt and this negative reputation was hurting business, so President Batista called in the one honest gambling man, honest Meyer Lansky, to restore the image of honesty and integrity.

Gambling, even under the most honest circumstances, is a losing game, and Meyer always advised friends not to start gambling.

While Lansky was certainly outside of traditional mainstream Judaism its values still permeated much of his life. In traditional Jewish society the rabbis rule. Their word determines everything. In other societies, from Rome to Russia, from the Barbarians to the nearly all modern empires it is the threat of violence that keeps people in line. Not so in the Jewish world.

No one elects the leading rabbis, they emerge via their wisdom and knowledge. Their words are obeyed because people respect them, not fear them. It is all in the word.

Even today, in the ultra Orthodox communities, if the leading rabbi says vote for a certain candidate, the entire community will do so.

Meyer Lansky understood that if you break your word you have lost your most valuable asset. As the police investigator said, when Lansky gave you his word that was all you needed, if was better than a battery of lawyers.

And yet, to save a few dollars people are willing to break their word. They do not realize that next time around they will have to pay expensive lawyers. Had they been more like Lansky they could save that expense, a word, a handshake would be the only guarantee one would need.

A word is worth so much, and yet we treat it so lightly. If I promise to do a seminar, and then a better offer comes along, you can rest assured that I will be there as planned. No other offer will tempt me. And I expect the same of you. If you find that you were not able to devote as much time as you had hoped, and you failed to bring in the numbers, you still must pay, because otherwise you have lost the value of your word. And that would be a terrible thing to lose.

Imagine if people, including your enemies, (may you have very few) say about you, his word is all you need. Imagine that!!

Own a collection of blogs - Books by Moshe Katz

About the author, Moshe Katz