How Israeli is Krav Maga? Do you need to be Israeli or Jewish to practice it? How about American Krav Maga? What is the difference?

Today Krav Maga clubs are popping up from Italy to Norway, from Florida to Edmonton, how do you know what is authentic?

I have seen great Blues guitar players, their technical abilities and musicianship far surpass the great black Bluesman of the previous era; Johnny Lee Hooker, Elmore James, Muddy Waters, Memphis Slim etc, but there is something missing. There is no soul.

When your kids are fighting on the front lines, the same war that you and your fathers fought, while your grandparents survived the generation of the Holocaust or fought in World War Two - that adds something. When you grow up knowing that most of the world has been mostly inhospitable to the Jewish people, when you know that there was a time where nearly no place on this planet was safe for your people - that adds something to your Krav Maga intensity. 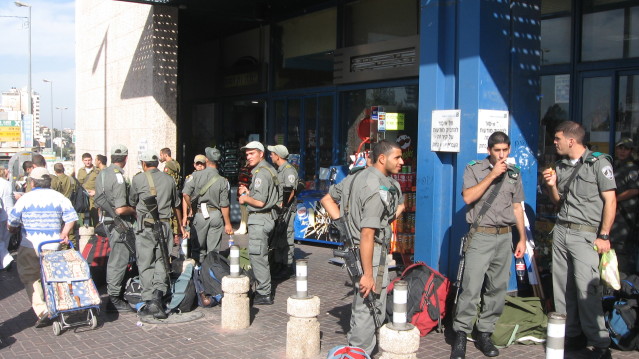 Does this mean that non – Israelis or non – Jews cannot learn it? Of course not, but they should be connected to the source, to Israel, to the Jewish experience. They must learn from someone who lives the culture. For many Christians this comes quite naturally as they are already connected to Israel in a very spiritual way, but for others it does not.

It is like the guy who masters the technical Blues guitar playing but never feels the soul of the Blues, never connects to the roots of the music, does not relate to the experience.

Sometimes I have been criticized that our site is too 'political', or 'has an agenda'. All that this means is that those critics do not understand Krav Maga. The historical experience, the current conflict, is all part of the greater picture. Without this the system becomes diluted, watered down to a friendly neighborhood workout club, or maybe just a great way to lose weight. Such Krav clubs degrade the name Krav Maga and in fact in Israel there is a great deal of resentment towards such clubs. They resemble country clubs more than survival training.

Yes, Krav Maga is Israeli, you feel it over here; you feel it as you walk through the streets of Jerusalem surrounded by young people in uniform, you feel it as you warily eye your hostile 'neighbors'. You feel it when you are being trained by someone who has lost friends and relatives to Islamic terrorism, you feel their intensity. You feel their pain and their solemn oath to protect innocent lives. There is no room for relaxation, no place for joking around. The training itself feels like a battlefield.

Krav Maga is spreading around the world but its roots are firmly planted in this tiny country called Israel, a country surrounded by enemies who daily seek its destruction.

We remain, as Bob Dylan said, 'the neighborhood bully'.

Israel, A Nation of Warriors by Moshe Katz,  on Amazon

With the establishment of the modern state of Israel in 1948, the world saw a new Jew arise from the ashes of the Holocaust and from millennia of persecution in Arab lands. From the four corners of the earth, the Jewish people, the nation of Israel, returned home. The "Dry Bones" came to life creating a democratic state and a powerful military. But this was not a new Jew at all. It was just the old Jew getting up from the ruins of his destroyed life in the exile, dusting himself off and returning home. Much has been written about Jewish history but rarely has the Fighting History of the Jewish people been told. Known as the "People of the Book" few know the age-old fighting spirit of this nation. From the first Hebrew warrior to the Israel Defense Forces of today, we trace the fighting heritage and history of the Hebrew warrior.

"Israel, A Nation of Warriors" takes a look at the society that has produced a military, security system and everyday civilian/warrior heroes that have amazed the world. Moshe Katz is a high ranking Krav Maga instructor and founder of Israeli Krav International (IKI). He is a graduate of UCLA, Bernard Baruch College and Wingate Institute. In addition he spent many years in yeshivoth (Rabbinical colleges). He brings his knowledge of Jewish history, martial arts training and life long experience of living in Israel to form this unique book.