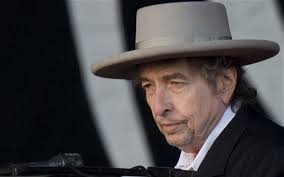 Bob Dylan, Robert Zimmerman, wise as an old man, wise as a young man.
His words stand the test of time; a man of clear vision.

How does Bob Dylan feel about Krav Maga? Which style would he choose? What would he think of IKI Krav Maga?

Although I did see him in concert once ...I never had the chance to ask him about Krav Maga.

But...I feel he would be right on with us.

Why? Because he wrote all about it many many years ago (June 1965). His song "Like a Rolling Stone" reveals the brutal painful honesty that leads to a style like IKI Krav Maga. There is no other way to see it. Dylan challenged the music world, and the world, with his song. No one had ever heard a song like this before, its words harsh and challenging. People speculated for whom it was written and whom was it about?
But I know the answer, it was written for all of us, for those open to hearing the message.

And the message is still valid...after all these years.

Once upon a time you dressed so fine

You were so confident in your martial arts, so arrogant, so sure that all your fancy techniques would work in a real life violent encounter. You dressed so fine in your stylish expensive gi (martial arts uniform) but you never really focused on the real world. You embroidered your black belt and added fancy trimmings....oh, you dressed so fine. But did you really think any further? 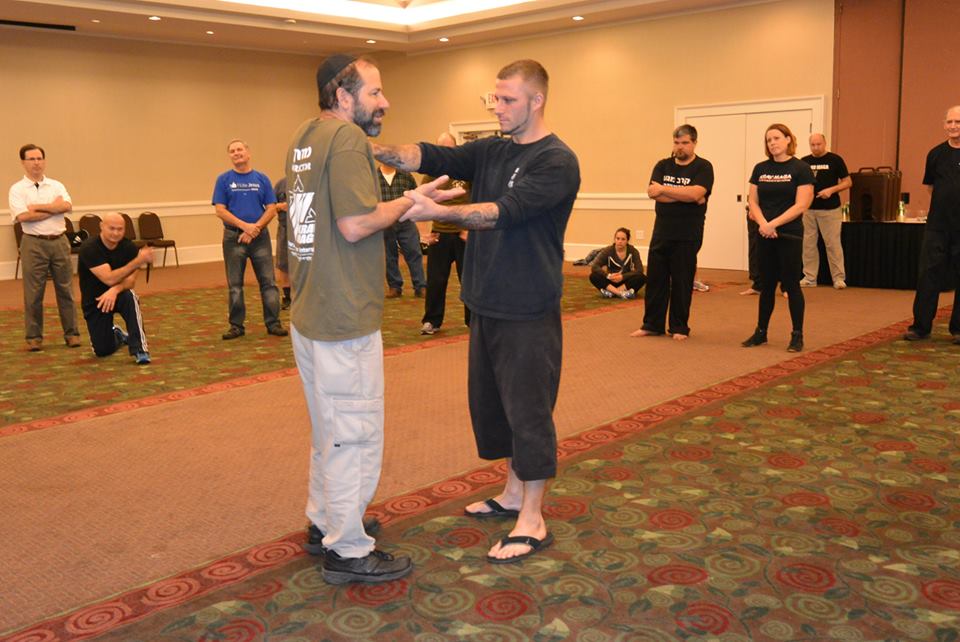 You threw the bums a dime in your prime, didn't you?

You were arrogant, you looked down at the street fighters as bums. You were derogatory towards them. Those without the right patch or uniform were ejected from your "proper" dojo. The guys experimenting with new approaches were bums in your eyes.

People'd call, say, "Beware doll, you're bound to fall"
You thought they were all kiddin' you

People - your friends would be trying to point out the obvious..this fancy stuff will never work, you are going to fall! But you ignored them.

You used to laugh about everybody that was hanging out

But then Reality sets in, an attack, you get hurt bad, and the naked truth reveals itself in all its glory....How does it feel?

Now you don't talk so loud, now you don't seem so proud after having to be scrounging for your next meal

Reality has a way of making us humble, all of us. Life makes us humble.

How does it feel?

How does it feel?

How does it feel to suddenly realize you have been living a life of delusion?

How does it feel to have your true weakness revealed?

How does it feel is a direct and honest question that we must deal with. At IKI Krav Maga we deal with this question daily.

to be without a home

(no dojo you can look up to and believe it with total faith). Time to move on.

Truth is we are all unknown, and we are all rolling stones rolling on the roads of life and reality. We just don't all recognize it. We do not know where life will take us.

You've gone to the finest schools, all right, Miss Lonely
But you know you only used to get juiced in it

Yes, you went to fine commercial martial arts schools, fancy Krav Maga school complete with Jacuzzi, you were "into" it.

No one taught you how to live out on the street, no one introduced you to the reality of street self-defense. It is not pretty and it must be simple.

You said you'd never compromise
With the mystery tramp, but now you realize
He's not selling any alibis
As you stare into the vacuum of his eyes
And say do you want to make a deal?

You would never compromise - You said you will not modify any traditional techniques, you want to stick to the "purity" of the lineage, nothing is allowed to change.

How does it feel to be on your own - No traditional master or "lineage" instructor to guide you?

How does it feel to start off not knowing where a technique will take you? With IKI Krav Maga we never know what will happen next in our development, we roll like a Rolling Stone, and we learn and adapt and develop our techniques so they work on the street, and in the home, and on the plane and in the car.

Life is always a complete unknown, it is a "step by step" Krav Maga book. That is why we focus on concepts rather than memorizing techniques.

You never turned around  - you never really examined real life situation. Bad things were always happening to the "other", not relevant to you. You never saw the frowns, you never saw the victims of crime and the suffering that they continue to endure, you never cared enough to reexamine what you are doing with your training.

We begin from caring. We see the frown on the people who are juggling their troubles and trying to look happy. In the end we are all clowns, putting on a happy face for the world.

We must learn to see the real person.

when they all come down and did tricks for you.

They entertained you but you did not see the truth, that it was all tricks, not reality.

Well here Dylan is using our language; kicks. You have to do the kicks yourself, you have to feel it yourself.  You never understood - that you must work the techniques yourself and feel that it works for you. This is something no one can do for you.

You used to be arrogant, fancy company, diplomats, celebrity worship, a Siamese cat, but it was all false, all show, all "keeping up appearances". All about what others think of you but no reality at all.

Isn't it hard ....after he took from you all your beliefs, all your trust. They took your money, your time, your trust, but they did not give you the tools you need to survive.

The sudden loss of innocence, the sudden emerge of the truth of the harshness of reality is very sobering.

Oh yes they are so confident that they "got it", that they totally understand self-defense and martial arts. They have no doubt, they do not need to challenge themselves. Time for a toast, congratulate themselves on their black belts and trophies.

Exchanging all kinds of precious gifts and things

Oh yes, How many masters do we see exchanging ranks? How many e mails do I receive each week asking for "rank recognition" or offering me rank in their style in exchange for a rank in IKI Krav Maga; we do not play those games. We do not exchange ranks or belt. These exchanges are designed only to flatter each other, they are not genuine.

Yes, an unearned rank is worthless, you might as well pawn it because, like a diamond ring, it will not save you on the street. Time to get rid of those excesses that are not practical.

You looked down upon the rough guys, people who did not have the proper form. You laughed at the gross movements and simplicity of the fighters in rags who had no formal uniforms or fancy belts. but..

Go to him now, he calls you, you can't refuse
When you ain't got nothing, you got nothing to lose
You're invisible now, you got no secrets to conceal.

Now you go to them for training. Now you are no longer faking it. You are honest, you have nothing left. Your mask is gone. You just want to learn to defend yourself now. You are invisible, all falsehood is gone. Go to him now, sign up to learn real Krav Maga devoid of fancy uniforms or Jacuzzi. 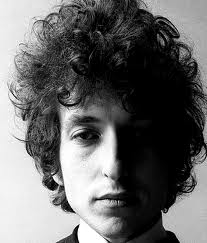 Bob Dylan, unusual wisdom at such a young age, the ability to see things as they are.

Krav Maga as it should be...Rolling
Krav Maga On Line

Stay on the Edge of Krav Maga,
Get your updates directly from Israel

Do not be left behind.

Do not be caught unprepared with yesterday's Krav Maga.

Stay on the cutting edge of Krav Maga.

Join us in Israel
Come to the Wall, like Dylan did

Bob Dylan praying at the Western Wall, Jerusalem and wearing prayer shall and phylacteries, (Tefflin). 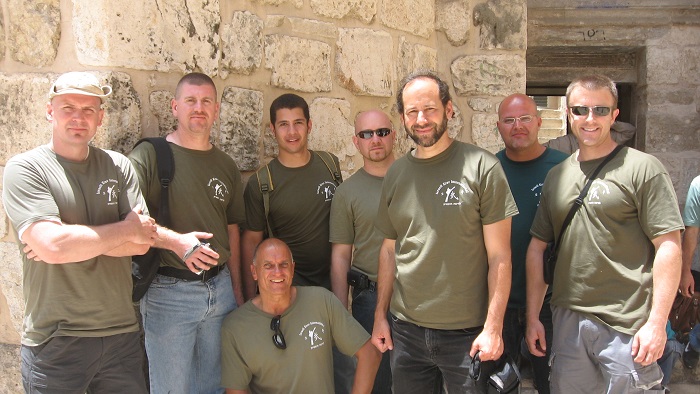 Our first Tour and Train group, May 2010, in the Old City of Jerusalem, minutes from the Western Wall.

Come to Israel for 10 -12 days and see your self-defense skills rapidly improve. Become a new you!
Instructor or beginner, we will guide you step by step to learn Krav Maga;