Martial Arts, the Way of the Warrior, the art of the warrior, black belts, gi's  (Karate and Judo uniforms); they all conjure up the image of the unbeatable warrior, the one the street thugs will run away from. This is what movies and legends are made of, stories and heroes, and dreams. There is only one small problem; it is all false.

Like so much of what we have been fed in life it is simply not the truth and it does not stand the test of reality.

As a young karate student I was told that one who masters the traditional kata, forms, will be undefeatable, he will be like the rock of Gibraltar. I heard stories of Karate masters who were attacked by multiple young men on the street. He gracefully moved into one of his advanced katas', moved like a snake, or a bird, swiftly knocking out each and every young thug and "teaching them a lesson they would never forget". 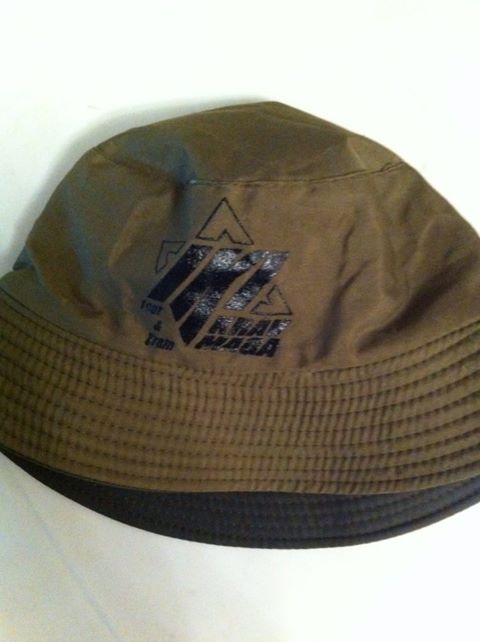 This has does not posses any magical or legendary powers, but it will protect you from the sun. It is simple and effective, like IKI Krav Maga.

To order this hat and other IKI Krav Maga items please see our Krav Shop.

Today we hear the expression, "think outside the box", so I say, "Think outside the dojo, the dojang, the kwoon". We train in these places the physical skills, we perfect the side kick, the straight punch, the backhand punch. But we do not train for the real world, because in the real world all this is secondary, the mind is our true and most powerful weapon.

As a child sometimes someone would jump up to me and go, "Boo!", and I would be taken aback. The friend would say, "Scared you!" and I would say, "No, you did not scare me, I was not and am not afraid of you, I was simply caught off guard and was startled".

I maintain my position, that is the truth.

On the street the thug will succeed in startling the veteran high ranked black belt, I am sure of it. The Karate man will have no time to go into his well rehearsed techniques and katas. By the time he realizes what has happened it will be too late; the thug will be all over him. The street smart fighter uses that startled response as his way of overcome a better trained opponent. The street smarts will overcome the dojo trained black belt. I will put money on this.

In the dojo we train our bodies but we are not told that this is not enough for the street, or the office or anywhere outside our comfortable dojo. In the real world we are caught by surprise, we cannot "access" all those nice techniques we learned in the dojo. It is not that we may be tired, no, it is that we are unprepared.

In the real world we also discover obstacles; crowded places, small places, cars, office furniture, slippery floors, junk on the floor, none of which exists in our dojo/training hall. We are not trained to fight back under these circumstances and our dojo training proves worthless.

Years ago, long before I was a teacher, a guy I met opened my eyes to an important concept, one I would never forget. He was a guy from Brooklyn, what they call "Ultra Orthodox", a rabbinical student with a passion for the "fighting arts". He was eager to train with me, to train together. So he says, "Show me your best fighting stance", and I move into my best karate stance. He says, "OK, now let me show you mine."

He starts to pick his nose. (Many of you have seen me demonstrate this fighting stance), and while I am focused on this repulsive act he snaps into an attack which of course catches me totally off guard.

Years later I heard a story about a woman who heard a sound outside. She opened the door and saw a thief trying to break in. Her teenaged son came to the rescue. He had been trained in karate and believed he could handle this.  He stepped in front of his mother and posed in a karate stance. It worked. The criminal was scared. So he took out his concealed weapon and shot the boy dead in front of his mother. (on the street always assume a concealed weapon).

Perhaps in a fair fight the karate man would win but fair fights do not exist in the real world. There is only one rule; the rule of survival.

Krav Maga begins where all the others end off. But it is not only Krav Maga, it is anyone who thinks clearly, who is willing to say, "The king has no clothes". It is my dear friend Arthur Cohen who opened my eyes to so much that I had never thought of before. If only the world would listen to him. But he does not know how to make himself heard. He has written letters to governments, schools, politicians, he has solutions to school violence, airport violence, gang warfare. But no one listens. I listened and I carry his message and his teachings forward, an integral part of IKI Krav Maga.

We are not the same as other forms of Krav Maga. We are not, "The same lady in a different dress". We are different and we are cutting edge.

It still shocks and upsets me when I see other styles of "Krav Maga" teaching complex jujitsu techniques. I understand the commercail motivation for this, and this bring me to one final point for today: Love.

To be an IKI Krav Maga instructor you must begin with love; love life and love all people. Look at your students and imagine this is a loved one, and ask yourself, "would I sell this crap to my brother? to my own flesh and blood? Is this good enough?"

When you begin to really care about people you are ready to train with us.

Tour and Train in Israel
the Krav Maga Israel Experience 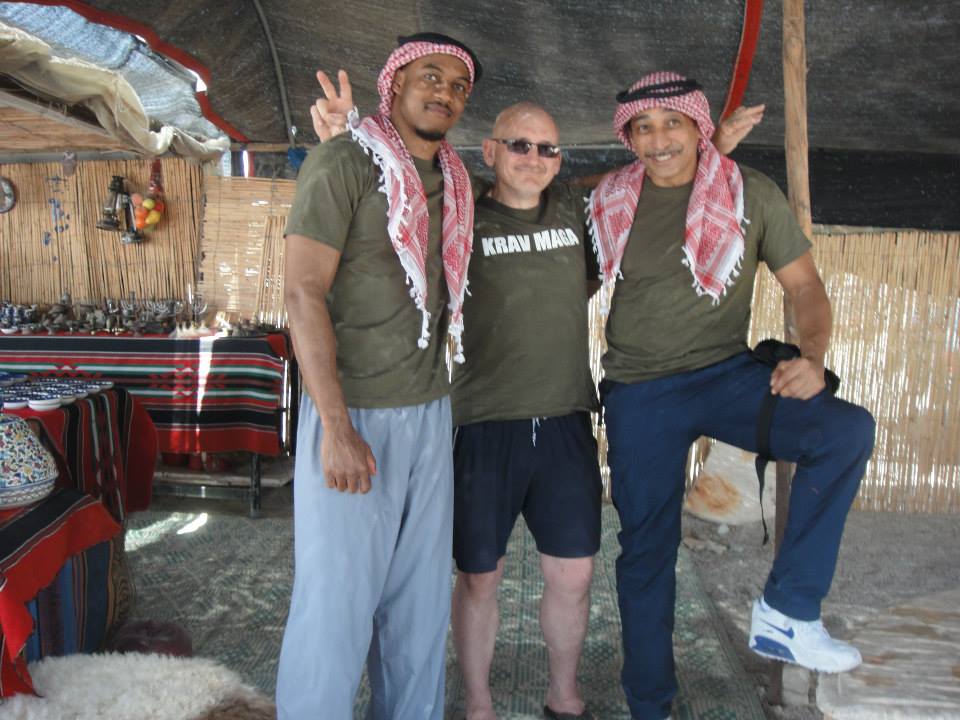 No, these are not terrorists, but IKI Israel Experience members from the United Kingdom and the United States, enjoying traditional Bedouin hospitality from our neighbors Abed and Deef

The fastest way to learn Krav Maga is to join us in Israel for an unforgettable two weeks. For practitioners of all levels and backgrounds. No previous experience necessary. We will train you!

For more information on Tour and Train Israel Experience