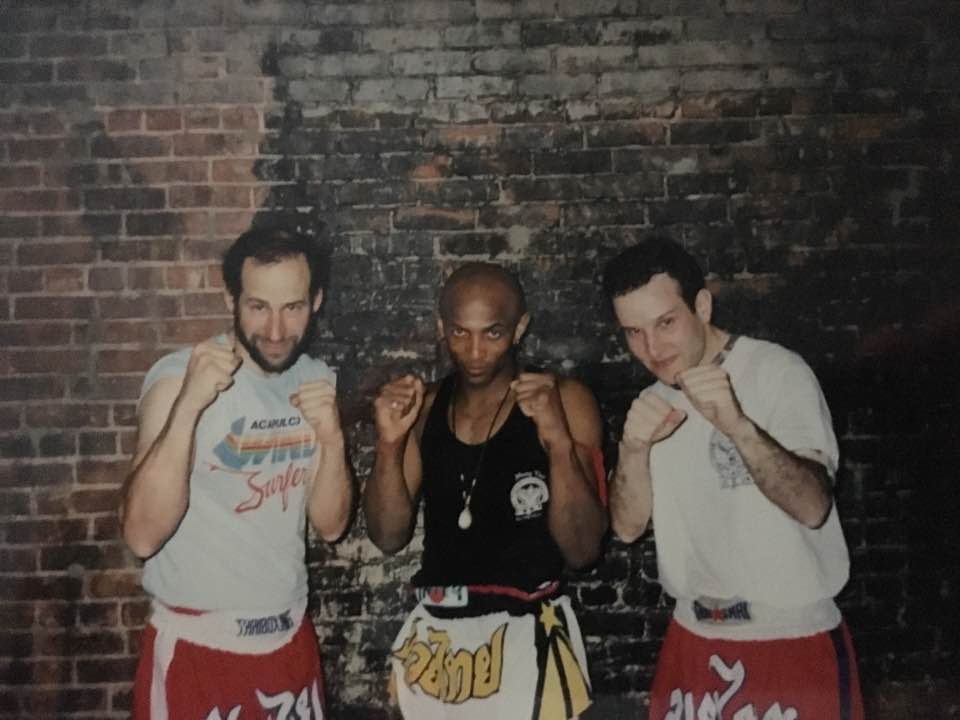 When I am invited around the world to teach seminars, I focus on those elements that are unique to IKI Krav Maga, or whatever are the issues in the host country/area. If I am told that knife threats and robberies are the problem, we will focus on that. If it is knife attacks, like the current situation in Israel these days, we focus on that. Of course the host can always request a topic from the many aspects that we cover:

I have, upon, requests, taught seminars devoted to Kickboxing. I have, upon request, taught seminars devoted to Combatives. By Combatives I mean the aggressive fighting aspect of self defense. We certainly have unique contributions in this area although I rarely make this the focus of the seminar. When I am flown half way across the world students generally want to see those elements of Krav Maga that are unique to IKI. If I were to teach kicking and punching I believe there would be many people feeling, well, there is nothing special here, I already know how to kick and punch, why bother attending a seminar and paying extra money?

But we do have unique aspects of Krav Maga Combatives to offer. Our focus is on Economy of Motion, on Body Movement and Flow of Energy, Maximizing power. We focus on not getting drawn into a "fight" that we did not choose but rather using selective combat techniques to end a fight quickly and get away. We have short cuts, energy saving/time saving methods. We have deceptive tricks. I spent decades participating in Full Contact fights and have gained a great deal of experience. What we want to bring to our Krav Maga training are the elements that are useful to self defense. We must remember that under no circumstances do we want to get into a fight.

Allow me to explain.

The street is not a sporting event. It is rarely one against one, mano a mano; man against man, or woman against woman, or man against woman. It is usually a few drunkards or a few hate filled gang members vs one lone individual. It usually involves weapons; knifes, blades of various sort, broken bottles, a stone or a brick, or even a hidden hand-gun that might be pulled out if the defender is doing too well.

There is no need for me to document here cases where athletes, tournament fighters, even champions, were beaten or even killed on the street. But there is a greater danger I want to warn about: Thinking that Fighting, or Combatives alone, is self defense. This is a dangerous mistake.

I have seen many videos of above average fighters, who precisely because they are good fighters, tried to fight off their assailants. They did not run away, they did not do everything possible to get out of trouble because they were confident in their abilities. I have seen many videos where the host of the video will take the surveillance camera tape and break it down, stopping the video at places where the victim had a chance to get away, but chose not to. He continued fighting. He got in a few blows, felt confident and continued "fighting", but soon one stab got through, he felt weakened but continued, and then another stab. He began to lose blood. After a few minutes, or less, we see our hero falling to the ground. The attackers run off and we are told that minutes later our Fighter was dead. He trusted his fighting skills too much. It is pathetic to see a guy "boxing" or kicking at a guy with a knife or a long blade. It is like watching the Polish cavalry fighting against German tanks in World War Two, or the Zulu armed with their sticks fighting against the Boers armed with rifles and cannons, or the Native American Indians fighting against the US Army. It is simply a matter of postponing the inevitable; total and absolute defeat. Bravery and fighting spirit have no chance against superior weapons.

I recall the words of Richard Ryan; a man with a blade is your physical superior. So to use Combatives, boxing, kickboxing, karate etc., vs a man with a knife is suicide. You need to learn specific techniques designed to deal with knives and other bladed objects, you can't box a man with a knife. Boxing, MMA, Kickboxing, is NOT self defense.

Boxing and kicking are great, but they are not enough when dealing with multiple attackers and they are certainly not enough when dealing with a knife attack. One punch may not knock out your assailant but one stab will cause you to start losing blood, and strength. Simply put, your over-reliance on Fighting skills or Combatives, will get you killed.

One of the problems is movies. They inspire us but they also deceive us. We gain an unrealistic view of fighting. We believe we can be Jean Claude Van Damme in the opening scene of The Quest. It is a martial artists' dream, to beat up a bunch of bad guys with your cool fighting techniques. Watching surveillance camera videos will give us a more sobering view of fighting. Self defense is not pretty.

You need to trust your instructor. He is there to lead you, to guide you, not to follow your demands. Some students come to me and say they don't want to learn certain aspects of Krav Maga. They wish to skip those classes that cover topics which do not interest them. I cannot approve of such students.

Allow me to first give an example of the problem of picking and choosing what aspects of a martial art one wishes to study. Imagine you are taking music lessons. But you do not want to study scales, you do not want to do the basic exercises. I recall a comic where a man is playing the guitar on the street. By chance his former music teacher walks by and sees him. The street musician is horrified. The professor looks at him, Higgins! Yes, it Is you! I told you that if you did not study your scales you would never amount to anything.

As a student you do exactly what your teacher instructs you to do, that is why he is called the instructor. Remember the Karate Kid, Mr. Miyagi tells Daniel San that they must make a sacred pack; I teach, you learn, no questions. Certainly there will be time for questions later on but the point is: You must trust your teacher to teach you. He designs the curriculum, not you.

In our classes in Israel, and during our Tour and Train camps, we focus on ALL aspects of Krav Maga and Survival training. We focus on psychology, stress, understanding the environment, weapons. We offer you TOTAL SELF DEFENSE.

Host an IKI Krav Maga Seminar for a Unique Experience 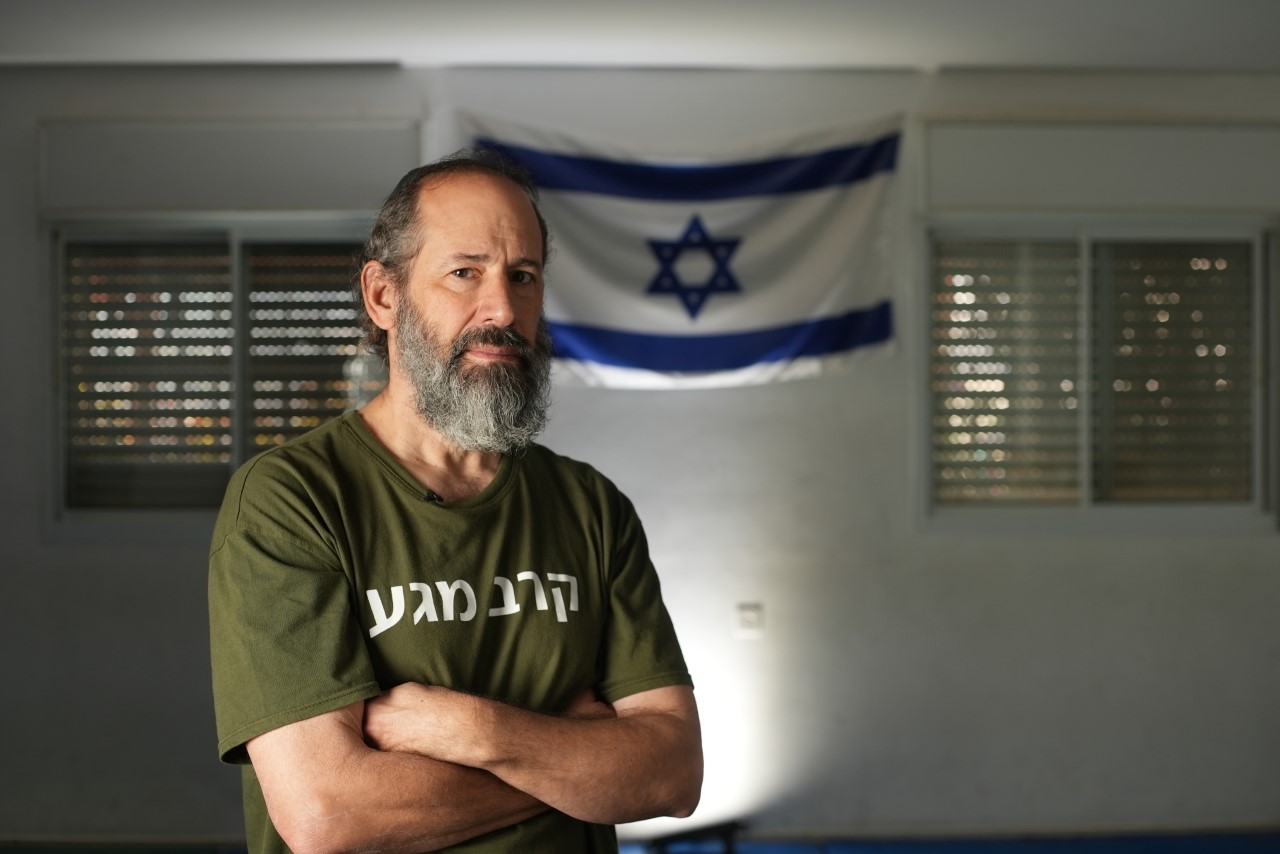 If you are serious about your training we are here for you.