Perspectives on Running by Moshe Katz and Hal Herndon

This is my intro to the blog by Hal Herndon, a mini blog.

Years ago I read about a great Karate master who was asked what would happen if he were attack on the streets of New York where he lived. His response surprised me and got me thinking. He said, I would run like the devil and pray that the guy did not catch, and if he did I would demolish him.

This got me thinking because it taught me several lessons:

1. Running away is not always a cowardly act, sometimes it is the only wise choice.

2. Even if you know you can demolish your opponent it does not mean you have to. Getting away is always the better option.

3. One should know that they have exhausted all non-violent approaches before they reach the stage of actually hurting someone.  The man who made these statements was a street wise karate black belt tenth dan.

The idea that "running away" or as I prefer to put it "disengaging from an unnecessary conflict" is a  cowardly act is as absurd as Hitlers' and Stalin's' World War Two policies of never retreating and never surrendering. The result was a pile of bodies too numerous to count.

The film "Forest Gump" in my opinion offers an interesting perspective on this. Forest Gump, a mentally handicapped young man, faces many challenges. Perhaps his greatest gift is he just doesn't really give a hoot what others think, as a result he eventually becomes not only a war hero but a phenomenally successful businessman. The expression from the film, "Run Forest Run" has becoming part of our language.

We see that Forest was not ashamed to run when he had to, and his girlfriend encouraged him as well. He took this quality of running and rather then viewing it in a negative light used it to become a football star and a role model.

A fool will be provoked into many fights, a wise man will chose carefully when to fight and when to walk, or run, away. Accepting every fight that comes your way does not make you a bad ass tough guy, it makes you an out of control idiot with no sense of judgment.

The Bible has some thoughts on this as well...

From some viewpoints there are martial artists and others “out there” who think of us (IKI Krav Maga) as trying to avoid “fighting” because our goal is simply to survive and not to pursue the conflict and beat the aggressor into a pile of goo.

With the above as a point of reference, consider that the best defense overall is “Not be there”…..That relates to the awareness concept that we try to teach.

Do we teach students to run away from a fight? Actually, if that is an option, I would say “yes”. It is important to acknowledge at the very least a few “truths”:

Do we teach students how to fight? Absolutely! If that is your only option, fight to control and if possible disengage and get away. Otherwise do what you have to do. We have no rules, referees or ring to help us prevail. So…, as many observers and critics tend to say, we teach what is normally(?) considered “dirty fighting” which, frankly, can be defined as a survival approach. “Fighting” as typically acknowledged by the public, is generally a sport. Survival is definitely not. In a real “street conflict” or “real world attack” nobody wins….If you don’t realize that you probably need to reconsider your understanding of reality. (Just my opinion)

1. It is rare in our current society that you will actually be dealing with one aggressor in a potential or actual conflict. Consequently getting away (running or walking is just fine since this gives you a chance to survive)

2. The longer you stay in a conflict or fight, regardless of your talent, training or physical abilities, the more likely it is that you will make a mistake. Remember that the street thugs are not trained….They are accustomed to hurting, maiming and/or killing anyone they want to for no real logical reason. Typically they are accustomed to being hit and damaged and they don’t much care. And…they are more often than not on drugs which frankly gives them the upper hand.

3. Study Murphy’s Law….It essentially states that whatever CAN go wrong WILL go wrong. Unfortunately this is a very likely a universal “truth”, especially in a real conflict where your life is on the line.

SO….How does this relate to reality and IKI Krav Maga’s relationship to same?

One of our unstated principles is to do the unexpected….Much of what we train to do in counter intuitive to the other party. This can give us the element of surprise….That (the element of surprise) in itself can be a tremendous advantage (if the aggressor is surprised) or a devastating sudden energy drain and partial “brain freeze” if it is us.

(The aforementioned ‘element of surprise’ has been addressed in a previous post. It is an amazing thing and can save your life)

Simply put, if you initiate something contrary to what the aggressor expects and do it suddenly and deliberately the element of surprise will be in your favor. Your action will, of course, be faster than his reaction and a LOT faster if he is not at all expecting you to do what you did or anything at all. This gives you a distinct advantage and him a distinct disadvantage…..but only for a very short period of time. Once you get this advantage you must continue as intensely and violently as you can, whether it is continuing your attack or disengaging before he realizes what is happening. Our mantra is no gaps, no lapses, nothing other than driving through him…Replace him with you. Keep in mind that if you have your aggressor moving backward involuntarily YOU will be in control until either you decide to disengage or do further damage. Remember that in our society today an apparent one on one conflict is most likely going to be one on more than one. No matter how tough you think you are the odds of you prevailing against multiple attackers are NOT in your favor. Learn how to position yourself relative to them and to instantly evaluate and respond to priorities. More often than not, if your action “appears” to be massively aggressive he will expect more so if you suddenly disengage this will be yet another thing he does not expect or anticipate, thus reinforcing the element of surprise.

To put this another way (for the macho “tough guy” crowd) if you get into bad situation and think you are tough enough to survive and conquer you may well end up dead or in an intensive care unit of your local hospital. The macho ego is a very destructive thing and usually precludes rational thought. Even if you are the toughest party in the conflict and you “win” (a total misnomer), you may well maim or badly hurt or kill someone and that can become a huge problem. The ego part of this is that if you are in this category you want desperately to avoid being called a “chicken”, “yellow”, “coward” or similar things….Young people, especially males, are often consumed with this…..

Given this as a point of departure I will offer a scenario that I encountered around 6 years ago….This was after nearly 2 decades of HapKiDo (HKD) training and another couple of years of IKI Krav….Possibly it relates to both confidence (in the real way) and maturity but I’m not really sure. In any case the point was made, nobody was hurt and there was no further attempt at the challenge posed….The situation was actually pretty much a setup by one of our students and a friend of the potential new student who had trained for a couple of years in HKD. The new student really didn’t want to challenge me but my student pretended in front of him that he had made such comments prior to coming to try out our class. Being me, I played along exactly the same way I would have had it been a real challenge by offering the following (paraphrased but accurate): “So you’ve been training in HKD and want to see if you can handle me? That’s fine if that is really what you want….Then again you might want to consider this…..If you try this and prevail, you can go back to your friends and tell them that you beat up a 69 year old HKD black belt. Then again, if you do not win, you can go back to these same people and tell them that you got your ass kicked by a 69 year old HKD black belt…’ His comment was simply “it’s a no-win situation, isn’t it?”. And, of course, it was just that.

Back to avoiding the conflict or “Not Be There”…..Hopefully this makes some degree of sense. In the situation described above, “not being there” was simply verbally and logically a way of avoiding the conflict. Who would have “won”?....Your guess is as good as mine but there is something to be said, I think, for age and wisdom (i.e., experience). 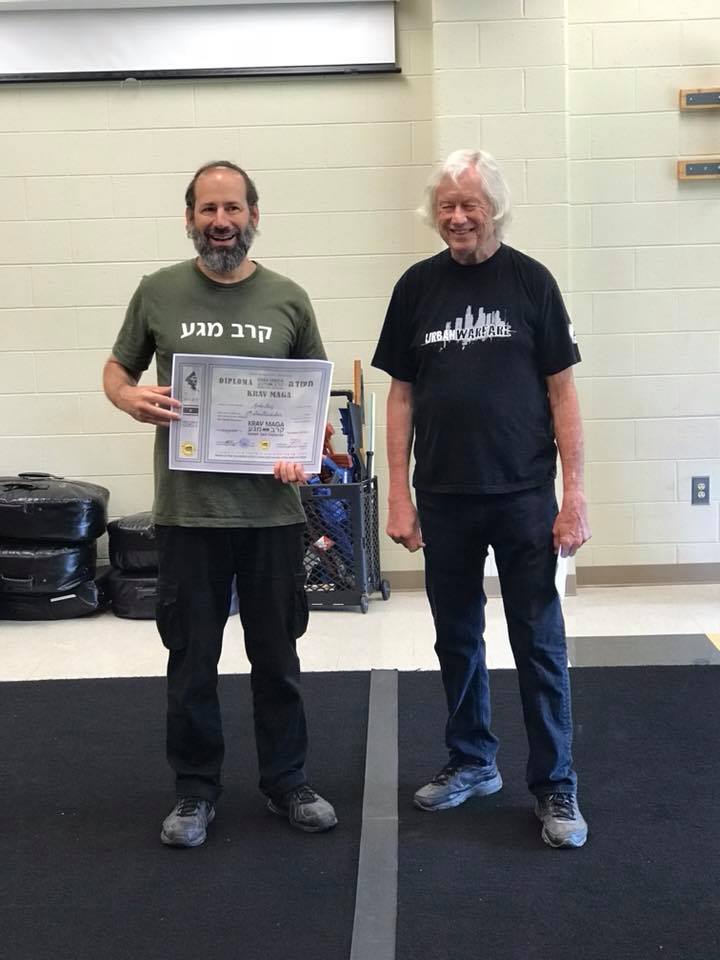