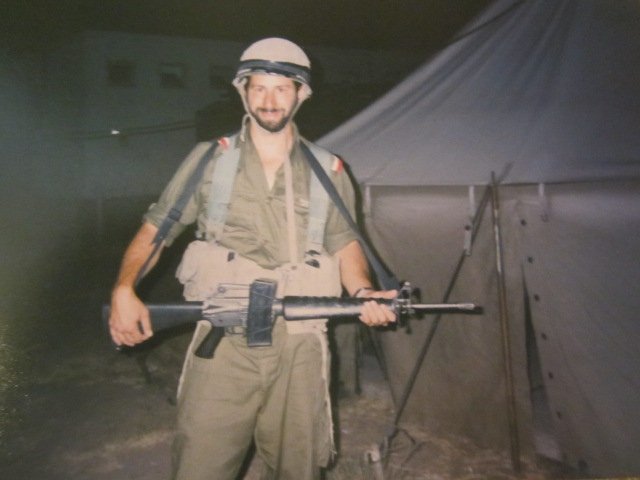 I was about to throw away the newspaper article about the stabbing in Maaleh Adumim (read Military Krav Maga Secrets Part Three ) when I noticed something on the cover of the newspaper: Two photos are displayed, one of the blood soaked garments of the soldiers who were stabbed, with the headline of "The Stabbings", and the other of a cabinet meeting with the mayor, and the headline, "The response."

Made me think; the response to the stabbings is a cabinet meeting. Now what was discussed? They discussed how the "troubled teen" was "known to the police", but no preemptive measure were legally available to stop him. They discussed harsher measures for drinking offenses. They discussed the possibility of hiring more police officers, or volunteer parents, to patrol at the wee hours of the morning.

Hmm, and it makes me wonder, it does.

I don't really think a drunken teen will be thinking of the potential legal consequences. I don't think this will hold him back for one second. I also don't think that "volunteer parents" is a great idea either. As for more police officers, sure, until the budget committee vetoes it.

So I see a photo of a bunch of men sitting around a desk, drinks and snacks, and the headline reads, "The answer", or "The Response". And it makes me wonder.

Now what would make more sense to me is, under the caption, "The Response", we would see a photo of a group of people training in Krav Maga knife defense. And yes, as we mentioned in Part Three, the idea that every IDF soldier is a Krav Maga expert, or even proficient in Krav Maga, is as ludicrous as the idea that every New York City cop is an expert at shooting and hand to hand combat. They simply don't have this type of training. (Ask those who work in these departments, I have.)

As usual the response to violence is meeting and statements. It was not always this way; The Biblical Moses, Moshe, saw an Egyptian strike a Hebrew, so Moshe smote the Egyptian (without ever having called a cabinet meeting to discuss how to deal with Egyptian Hebrew haters).

On the topic of governments and Krav Maga I would like to clarify one popular misconception held by Krav Maga practitioners around the world, in particular in Europe. From what I am told, and I am not a European resident so I do not claim to really understand their internal workings, in Europe the government certifies martial arts organizations. This is not the case in Israel.

The government never certified Imi Lichtenfeld, or anyone else, to teach Krav Maga. The Israeli government has more important issues to deal with than Krav Maga certification. There are certain institutions, such as Wingate and Givat Washington, which are authorized to certify instructors in Krav Maga, basketball, ping poing, and under-water synchronized swimming. Their certification is important as it allows us to take out insurance policies and to teach in public schools and community centers. It certifies that one knows their material well enough that they do not pose a danger to their students, that's about it.

About the author Moshe Katz